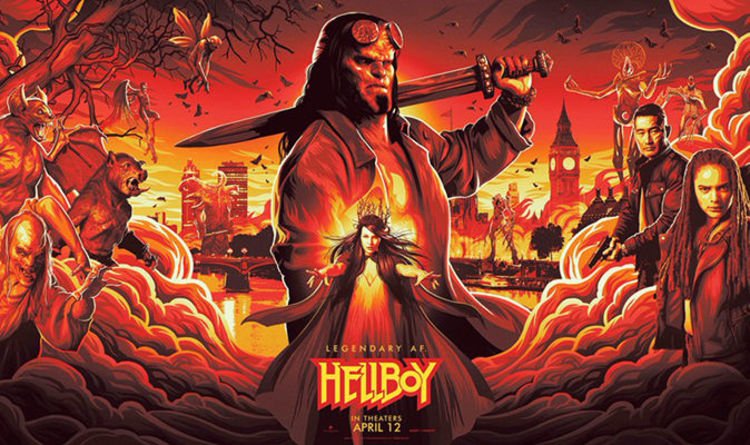 Based on the Dark Horse Comics character, Hellboy has had two movies from Guillermo del Toro with Ron Perlman in the starring role.

Since Hellboy II: The Golden Army was released in 2008, both have been trying to complete their trilogy with Hellboy III: Dark Worlds.

In fact Del Toro even had a meeting regarding the movie, however the film was cancelled to make way for an R-rated reboot starring Stranger Things’ David Harbour.

And now the first trailer for the Hellboy reboot has debuted at New York Comic Con.

Harbour was in attendance at the panel and teased: “It is a monster movie right out of Frankenstein via 2018.”

Meanwhile it was said the reboot would be leaning more towards the horror genre than the fantasy seen in Del Toro’s films.

According to IGN, this is what footage was seen: “In it, David Harbour’s Hellboy heads to a crime scene and is shot by a SWAT officer accidentally.

“After that, there’s lots of quick flashes of dialogue and action.”

“Hellboy uses his smash hand to smash an elevator panel. Hellscapes are glimpsed, as is Milla Jovovich’s villainous character.

“The footage ends as Hellboy clutches his flaming sword with his flaming crown float[ing] over his head.”

One journalist in attendance tweeted: “Just saw the first trailer for the new #Hellboy—footage looks great.

While another said: “You’re going to absolutely love this movie. It is in no way trying to copy what Perlman did. It is it’s own thing and I think everyone is going to be really pleased with this version. Much darker for sure #HellBoy #NYCC18.”