HISKY, a leader in the innovative detection technology of liver health, launches the new b… 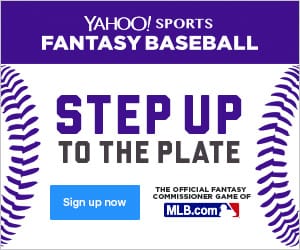 BEIJING, Dec. 20, 2019 /PRNewswire/ — Recently, Wuxi Hisky Medical Technologies Co., Ltd. (hereinafter referred to as “HISKY”) has successfully launched its new brand iLivTouch based on the MigTE technology. “On the increasingly competitive market, cycles of technological innovation are key to maintaining our leading position,” said Dr. Shao Jinhua, CEO of HISKY. “The new series of products, which are equipped with several worldwide uniquely patented technologies jointly developed by HISKY and Tsinghua University, have made great breakthroughs in terms of detection accuracy, ease of operations, and clinical function.”

On December 12, 2019, the specialized IP tribunal of the Supreme Court of China gave a public decision on the lawsuit filed by Societe d’ Elastographie Impulsionnelle pour les Systemes de Mesure de l’ Elasticite (SEISME) (a subsidiary of Echosens) against Wuxi Hisky Medical Technologies Co., Ltd. regarding the infringement upon the inventor’s patent right. According to the court decision, HISKY’s technical solution was different from Echosens’ patents and did not infringe the patents involved in the case. All the claims of ELASTIC MEASURING SYSTEM ELAST were rejected. ELASTIC MEASURING SYSTEM ELAST was requested to bear the litigation costs. Court trial record link: https://tinyurl.com/s3hz569

HISKY is a national high-level talent pioneering enterprise, an innovative and pioneering talent enterprise in Jiangsu Province, a doctoral concentration plan enterprise in Jiangsu Province, and a Top-530 enterprise in Wuxi. Its entrepreneur team consists of doctors from Tsinghua University and executives with many years of medical device marketing experience. It is a high-tech enterprise focusing on the development and promotion of high-end medical technologies. It has reached the international advanced level in the field of non-invasive detection of liver elasticity compared with the previous fat detection. It is a leading brand in the field of non-invasive detection of liver health in China. It owns the series products of FIBROTOUCH and iLivTouch. It has nearly 300 patents and has published hundreds of papers. It has obtained US FDA and EU CE certification. At present, it has sold its products to more than 1,000 well-known medical institutions in China and exported products to over 20 countries around the world.