History of Starbucks and the Technology Building Its Future 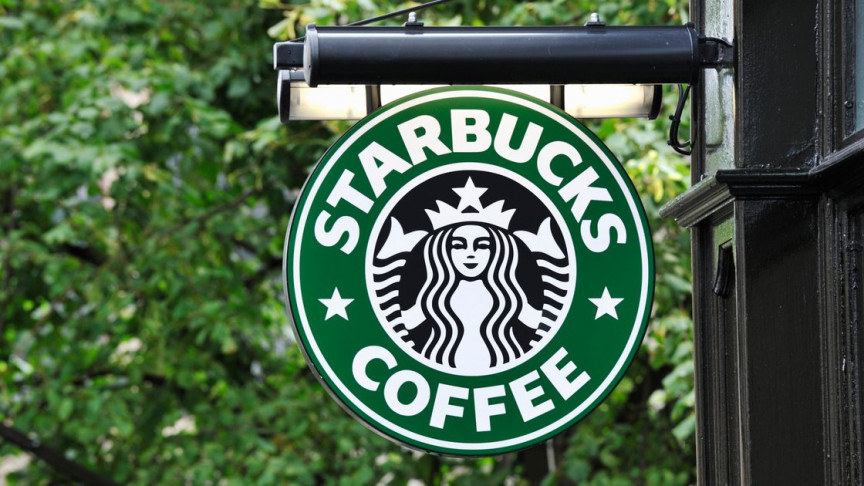 Starbucks coffee is one of the best-known brands in the world. But who founded it and when?

We explore some of the most frequently asked questions about Starbucks, and also some of its key moments in history.

The trio met as students at the University of San Francisco. They were inspired to try their hand at selling high-quality coffee beans and equipment by coffee roasting entrepreneur Alfred Peet.

Alfred Peet opened his first coffee bar, Peet’s Coffee & Tea, in 1966 and is seen as one of the biggest influences in the modern popularity of coffee-drinking in the United States.

“When Alfred Peet opened the doors to his first coffee bar in 1966, he quietly ignited a revolution that forever changed the expectations of American coffee drinkers. From his commitment to quality to his meticulous attention to detail, we abide by his principles today.” – Peets.com.

Peet was born in the Netherlands in 1920 and grew up in the coffee trade, before traveling the world. When he arrived in the States, he was appalled by the lackluster quality of coffee they had to offer.

He set out to change all that and would help inspire companies like Starbucks to bring high-quality coffee to the world.

To this end, Starbucks started out selling whole roasted coffee beans only. For their first year of trading, they sourced their beans from Peet’s but later directly sourced them from growers.

For a full historical timeline of Starbucks, we recommend you check out their official page.

Who is Jerry Baldwin?

Jerry Baldwin is an American businessman and entrepreneur and one of the three co-founders of Starbucks. He, with a group of investors including Gordon Bowker, bought out Peet’s Coffee & Tea in 1984.

In 1987, he sold his shares in Starbucks and served as the Chairman of Peet’s until it went public in 2001. He now serves as the company’s Director.

He has since served as the director and founding chairman of the Technical Standards Committee of the Specialty Coffee Association of America. He also serves as the president of Association Scientifique International du Cafe (ASIC), and chairman of Coffee Quality Institute.

Baldwin is also the director of TechnoServe. This is a non-profit NGO working in Latin America and Africa.

Who is Zev Siegl?

Zev Siegl is an American businessman and entrepreneur who co-founded Starbucks. He was born in December of 1942 in Detroit, Michigan.

His father was a concert violinist and his mother, an educator, and founder of The Little School.

Prior to founding Starbucks, Siegl worked as a public school teacher and became Starbuck’s first paid employee. After a decade of working there and rising to the position of Vice President and Director, he left to found some other businesses.

Since 2013, he has dedicated his time to helping other would-be entrepreneurs as a keynote speaker around the world. He also helps mentor MBA candidates for a select few universities.

Who is Gordon Bowker?

Gordon Bowker is also an America businessman who worked as a writer before helping found Starbucks. He later co-owned Peet’s Coffee & Tea as well as the Redhook Ale Brewery.

His father was killed during the Second World War, leaving his mother to raise him with her family. He would later attend O-Dea School in Seattle and enrolled at the University of San Francisco.

It was here that he met Jerry Baldwin, and together, they would later start Starbucks. For much of the 1960s, he would regularly travel to Europe, where he gained an appreciation of British Beer and Italian espresso.

He would later build a brewery, Redhook Ale Brewery, and a real-estate company in Poulsbo, Washington. He also helped buy Peet’s Coffee & Tea with Jerry Baldwin in 1984.

Both Baldwin and Bowker would sell Starbucks’ majority shares in Coffee & Tea in 1987, and Bowker decided to leave the coffee business. He would later rejoin Coffee & Tea’s board in 1994 and would remain there until 2008.

Why is Starbucks famous?

Starbucks originally became popular through its mission to show America that their current quality of coffee beverages was sub-par at best. They worked hard to ensure that customers received only the very best quality and showed them how coffee should actually taste.

But, like many other businesses, visiting Starbucks is not just about coffee. It is an experience, and they’ve become a well-loved brand the world over.

They have worked very hard to make coffee-drinking an experience and make it feel like a reward to yourself. Each store has a good atmosphere, great service (usually) with comfortable lighting, and ambiance.

They make customers feel like it is a home away from home and a comfortable and happy place to meet friends and work.

Like many other multi-national food and beverage companies, it has also chiseled out a reputation. No matter where you are in the world when you see a Starbucks, you know, more or less, what to expect — it is familiar to you.

For these reasons and many more, Starbucks has managed to conquer the world. To date, according to statista.com, there are somewhere in the order of 29,000 stores worldwide.

Amazingly, and contrary to what you might believe, none of these are actually franchises. However, prospective entrepreneurs can acquire a license to open a Starbucks store anywhere in the world.

Interestingly enough, behind the well-orchestrated scene, customers are used to, Starbucks integrates some of the latest technology money can buy. Their IT systems, for example, integrate both Cloud computing and Blockchain.

Starbucks is also embracing the Internet of Things (IoT) for much of its store’s equipment. From coffee machines to grinders and blenders, IoT tech is beginning to help Starbucks reduce downtime and repair costs.

IoT tech is also helping them roll out new recipes at the click of a button to machines rather than relying on thumb drives.

They have also recently been experimenting with Machine Learning (ML) —especially on their official Starbucks app. The tech learns from customers’ habits and offers them highly personalized offers.

“We have a world-class team of technologists engaging in groundbreaking innovation each day. Their inventiveness and intellectual curiosity are matched by their dedication to enabling the Starbucks experience, and this is increasingly critical to how technology has to show up for us,” said Gerri Martin-Flickinger, Starbucks executive vice president and chief technology officer to Microsoft.

“Everything we do in technology is centered around the customer connection in the store, the human connection, one person, one cup, one neighborhood at a time,” he added.

This app also integrates some Blockchain tech to show customers their coffee’s journey from soil to cup.

Starbucks hopes to add ML tech to its drive-thrus in the future.

“Starbucks is currently testing this technology in its Tryer Center innovation hub in Seattle, with plans to roll it out soon. And according to Francis, reinforcement learning will continue to have an important role at Starbucks in many other applications going forward.” – Microsoft.

Who is the woman on the Starbucks logo?

The current Starbucks logo is one of the best-known anywhere in the world. But it wasn’t always this way.

One of their earliest logo’s was a “twin-tailed mermaid” or siren. In Greek mythology, sirens were feared by sailors in the belief that they lured sailors and shipwrecked their vessels.

The motive for choosing this logo was to “lure” coffee lovers into their stores.

Throughout the 1980s and 1990s, the original topless siren logo underwent a major facelift. The color scheme changed from white and brown to green, black, and white and a more stylized upper body image of the siren (or mermaid) that everyone is familiar with today.

The rationale for choosing green was to symbolized the growth, freshness, and uniqueness of the Starbucks brand.

In the 1990s, the logo changed again to simply show the iconic mermaid, though there is some debate as to whether she is actually something completely different.

How did Starbucks get its name?

Gordon Bowker recalls in the Seattle Times, how the founders came up with the company name. Bowker prior to co-founding Starbucks ran an advertising agency and strongly believed that words with “st” in them were particularly “strong” for branding purposes.

After toying with the name “Starbo,” they suddenly remembered a fitting character from one of the most famous books ever written.

“In this tiny shop, Starbucks sold some of the world’s best freshly roasted coffee beans. The company was named after the helmsman Starbuck from the novel “Moby Dick.” With this name should be remembered the sailor romance and tradition of the first coffee traders.” – Starbucks.