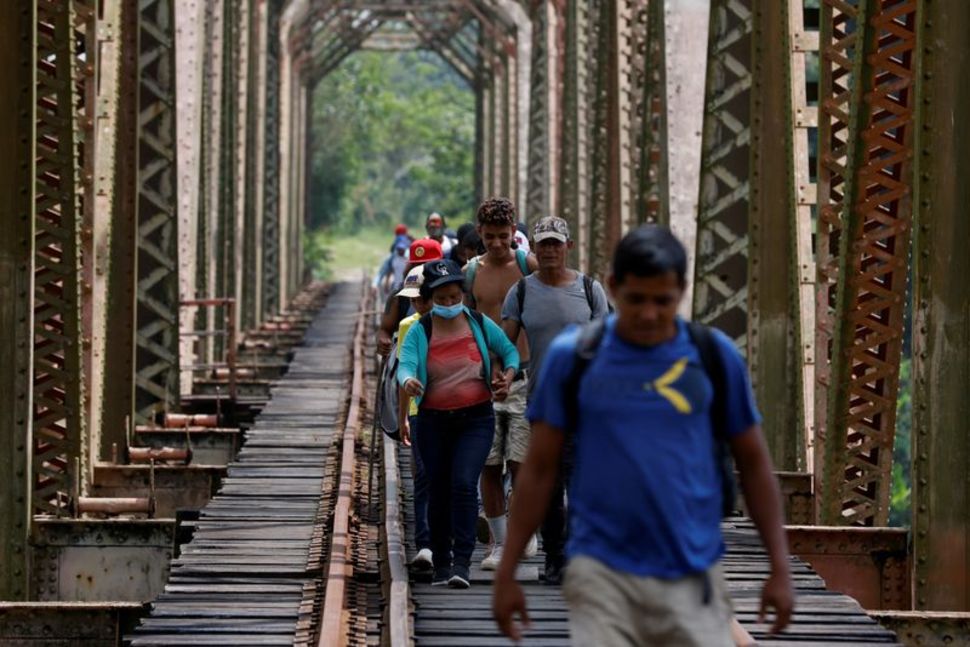 TEGUCIGALPA (Reuters) -A Honduran delegation began talks in Washington on Wednesday to seek economic help for devastating hurricanes which have ravaged the Central American country and helped spur a jump in immigration that has tested U.S. President Joe Biden.

Rosales said on Twitter he had underlined Honduras’ desire for Washington to grant a new Temporary Protected Status (TPS) for its citizens in the United States, and his government’s commitment to finding solutions to the immigration challenge.

“Honduras has raised with U.S. officials the need for help for national reconstruction, especially in areas severely affected by hurricanes Eta and Iota,” a Honduran presidency source said.

Carlos Madero, the Honduran government’s cabinet coordinator and a member of the delegation, said it would hold meetings with high-ranking members of the State Department.

The White House and the U.S. State Department did not immediately respond to requests for comment.

Honduras, Guatemala and El Salvador are known as the Northern Triangle of Central America. A sharp rise in immigration from the region has become a major challenge for Biden.

Rosales’ trip to Washington followed a visit this week by U.S. special envoy for the Northern Triangle, Ricardo Zuñiga, to Guatemala and El Salvador – but not Honduras.

Zuñiga’s trip has not yielded any major new aid pledges, though he said on Wednesday that the United States would provide $2 million to support anti-corruption efforts in El Salvador.

On Tuesday, the U.S. Agency for International Development (USAID) announced it will deploy a disaster response team to the Northern Triangle to help disaster victims, but did not mention funding beyond the $112 million previously announced.

Relations between Washington and Honduras have been strained after a U.S. court handed down a life sentence for drug trafficking to the brother of President Juan Orlando Hernandez, whose government has also been accused of embezzling public funds. The government has denied wrongdoing.