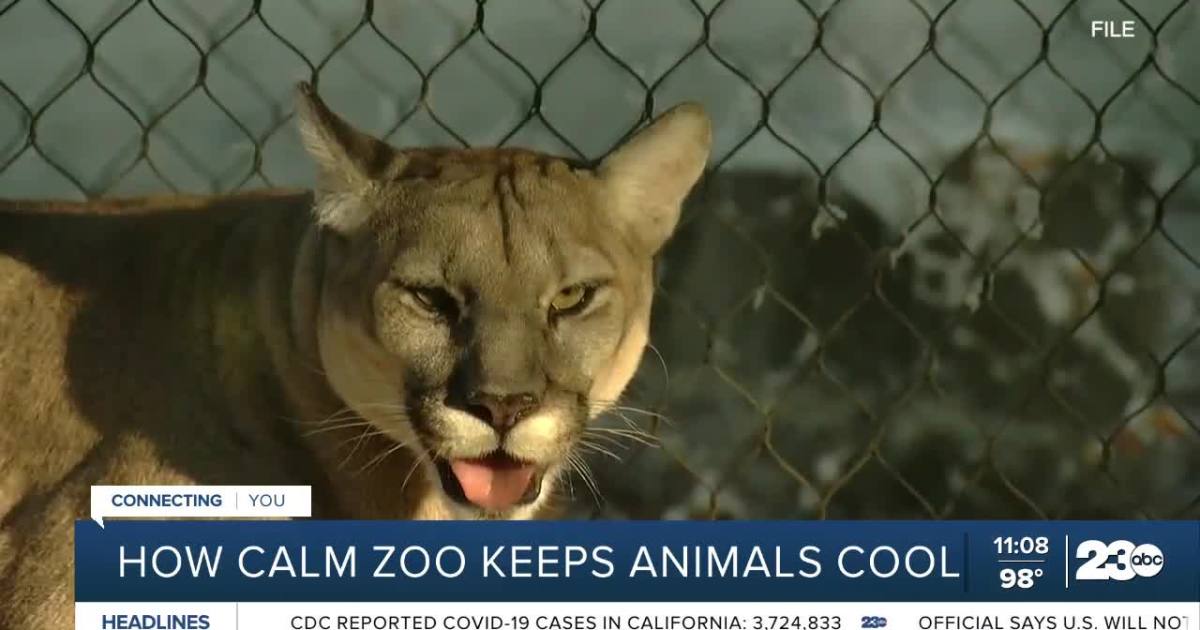 As many of us are trying to beat the heat this weekend, so are the animals at the California Living Museum (CALM).

“Some of the animals like the mountain lion, bobcat and the bear, we’ll leave their den doors open so they have the option to go in or come out,” Lana Fain, CALM Zoo Manager said. “That will be their choice, because ,of course the inside is air conditioned!”

During normal zoo hours Saturday, they only saw about 85 people, when typically on weekend days, 300 to 400 show up to visit the animals, according to Fain. An excessive heat warning, which doesn’t expire until Monday came the first weekend that “Twilight at CALM” is back, meaning three extra hours on the Saturdays of summer.

“Usually our first [Twilight at CALM], we have people waiting at the gate,” Fain said. “We did have visitors that came out here, but it’s not as many as we normally see. Of course, this is going to break. This is an oddity, that we see it this hot right now.”

For visitors that are excited for extended hours at the CALM Zoo Saturdays going forward, Fain recommended that they bring frozen water bottles with them, sunscreen, a hat and bug repellent. The CALM Zoo also has a snack bar inside if needed, but Fain encouraged people to bring their own snacks as well so blood sugar doesn’t drop when it gets hot.

“Just be like the animals. Stay cool and keep cool,” Fain said. “Some of our animals are a little older and sensitive, so we do keep them inside, especially in high heat like this. Keepers will freeze water bottles and put them in enclosures. They’ll make gigantic ‘zoosicles,’ as we call them and let the animals chip away on that. You’ll [also] notice when you come out that a lot of the animals have ponds, which they partake in.”

Twilight at CALM will be taking place every Saturday from 5 to 8 p.m. until August 28, except August 21.