How Donald Trump’s ‘go back’ phrase could echo beyond politics 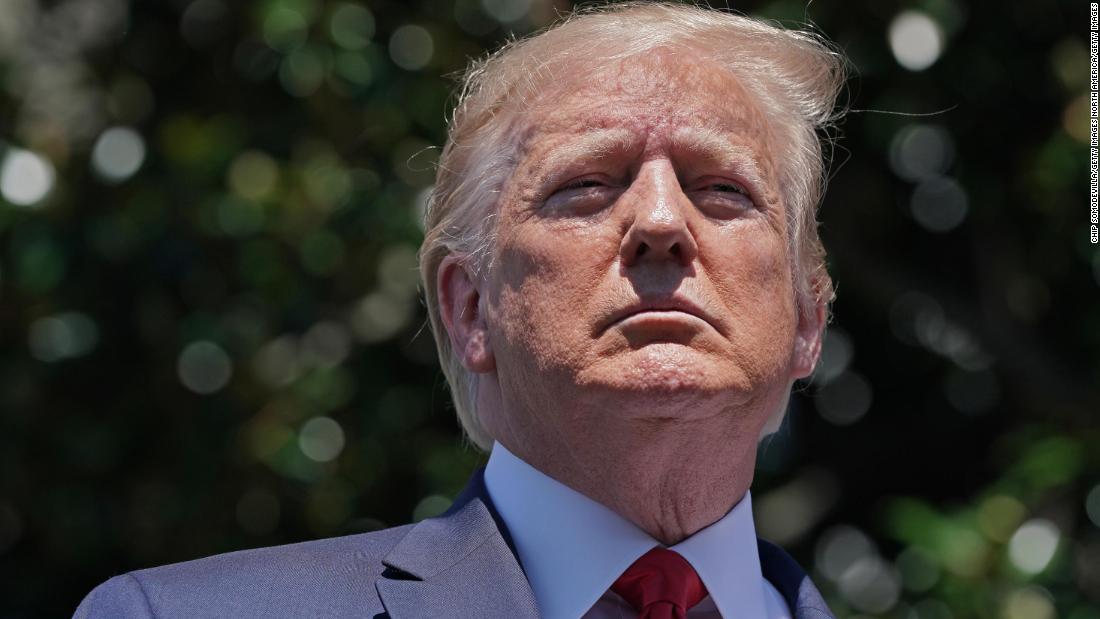 Now the question is whether his words and example will set a new standard for what is acceptable in other arenas of American life — particularly because leaders from those institutions have been so reluctant to publicly reaffirm that they consider the President’s language unacceptable for a student, teacher, coach, employee or executive.

Such silence runs the risk of “normalizing hate,” Vanita Gupta, the president and CEO of the Leadership Conference on Civil and Human Rights, said in an emailed statement.

“Those in positions of power have a responsibility to speak out against hateful rhetoric that does tangible harm to our most marginalized communities,” she said. “Anything less than wholesale public condemnation of hate speech — especially stemming from our own government — is a dereliction of our duty as Americans.”

Over the past week I reached out to leaders at a wide array of American institutions: school districts, universities, Fortune 500 companies, leading trade associations and former military officials. I did not ask them to comment on the President’s words. Instead I asked them how they would respond to the use of the same words in their own institutions.

What would happen to 20 high school juniors if they surrounded a classmate in a hijab on a football field and chanted, “Go back”? Or to 20 employees in a factory cafeteria who chanted, “Send them back,” at a small group of colleagues? Or to 20 soldiers who surrounded a new recruit and told him or her to “go back?”

Phrase would draw punishment or removal

Everyone I spoke with said without hesitation that inside their own institution anyone who told someone else to “go back” where they came from would face punishment or removal.

“This is pretty easy from an HR standpoint,” said James Banks Jr., general counsel of the Society for Human Resource Management, the leading association of human relations officials.

While stressing that he cannot comment directly on the President’s words, Banks said that virtually every company now has internal policies governing not only discrimination but also civility. Any employee who told another to “go back” would almost certainly face investigation under both sets of rules.

“If I were to construct a scenario in which — take a hypothetical — a white male employee makes that kind of a comment against a group of employees, all of whom are people are color,” Banks said, “that would almost certainly be seen as a violation of the discrimination and/or civility policies and would almost certainly result in some kind of employment action against that employee.”

The level of sanction against an employee who used such language, Banks said, would depend on the circumstances of the comment and any record of prior offense.

“If it involved just one employee, one time, it was his or her first offense, it would likely not result in termination. Something less than that: a reprimand, maybe a suspension from work, depending on how seriously it was viewed with in that specific workplace,” Banks said. “If, however, this was a follow-on to a number of other incidents, it could well lead to termination.”

Likewise, retired Army Gen. Mark Hertling said flatly through Twitter, “If any subordinate commander, or even someone wearing leader rank (any officer or NCO) said this, they would likely be immediately relieved or at the least counseled for an Equal Opportunity Offense.” After Hertling, who’s a CNN analyst, published that comment, several officers who served under him tweeted that the situation never would have reached him because they would have disciplined or moved to discharge someone using such rhetoric themselves.

Yet very few others were willing to join Hertling and the Society for Human Resource Management in publicly affirming existing policies for dealing with such language. Indeed, most company officials who agreed to speak would do so only without their names attached.

One senior executive at a Fortune 500 company that operates extensively through both urban areas that lean Democratic and non-urban areas where Trump is strong, told me such language would likely draw sanction from the loading dock to the boardroom.

“If a claim like you described were substantiated, the associate would face a range of actions depending on their history but at a minimum it would be (a) permanent mark on their file, required coaching and training, and (there) probably would be some scenarios where they would be demoted or fired,” the official told me. “Highly likely someone doing this would never get promoted.”

But against the backdrop of Trump using the very language it would punish, the company refused to publicly affirm its own policy. “I would rather not get pulled into the current controversy,” the official said.

The nation’s leading business organizations also responded cautiously to Trump’s language. Privately, one senior executive at a major business trade association told me that the consequences for telling an employee to “go back” would be severe across the upper ranks of American business.

“All major US organizations and companies have strict policies and mandatory training programs against discrimination,” the official said. “It would be a fireable offense for any employee to say such inflammatory language to another employee.”

But in public, the business community was muted to the point of irrelevance. The Business Roundtable issued a bland general statement: “Welcoming immigrants and their descendants is a core American value. As CEOs, we will continue to build our companies around the principles of respect, trust and equal opportunity for all our employees. Business Roundtable encourages our political leaders to debate the issues based on merit and come together on solutions to benefit American workers, families and communities.”

The US Chamber of Commerce did not issue a public response.

“The failure of Corporate America to challenge the President’s racist rhetoric is disheartening, but not surprising,” Wade Henderson, the former head of the NAACP Washington office, told me in an email. “After all, the economy is humming; and most corporate leaders would prefer to avoid a confrontation with a vindictive President. But in the struggle for the soul of America, there can be no by-standers.”

Business wasn’t alone in its reticence. A public university system, in which racial minorities and the children of immigrants now compose a significant share of its student body, also refused to publicly comment on how it would handle a professor or athletic coach telling a student to “go back” where they came from. It pointed me instead to general guidelines of civility. A major, highly diverse, public K-12 school system also refused to publicly discuss its handling of such language.

This public caution is so striking partly because human resource professionals say “go back” language is not considered a close call or a judgment at the margin: It now stands far beyond the boundaries of acceptable rhetoric in almost any workplace. While Republican elected officials have almost universally rejected the idea that the language is racist, the conclusion is equally solid in the opposite direction among human resource professionals. Despite the President’s adoption of the phrase, Banks said, “it remains equally unacceptable in the American workplace” as before his comments.

Backstopping these internal company policies are regulations and court precedents under federal law. The Equal Employment Opportunity Commission, which enforces the federal laws barring discrimination based on race, gender and national origin, has repeatedly considered language similar to that Trump used as evidence of discrimination in the workplace, according to a CNN investigation.
The EEOC website specifically cites language similar to the President’s as a potential violation of the federal law preventing discrimination based on national origin. “Examples of potentially unlawful conduct include insults, taunting, or ethnic epithets, such as making fun of a person’s foreign accent or comments like, ‘Go back to where you came from,’ whether made by supervisors or by co-workers,” the agency writes.

Banks said human resource professionals generally expect that the President’s use of the “go back” language will lead to more people expressing that sentiment in workplaces.

“If people who are more predisposed (to say such things) hear more of it in a general public discourse, they may be more likely to try to bring that into the workplace,” he said. But he added, if people do bring that language to the job, “I think they are in for a rude awakening.”

Banks said he thinks companies have not publicly reaffirmed that “go back” is unacceptable language because they believe the President’s embrace of the phrase has not changed the underlying federal rules or case law that define it as unacceptable.

“That’s probably why you don’t hear more about it from HR professionals,” he said, “because we just shrug our shoulders to say, ‘It’s still out of bounds for us and was never in bounds.’ “

But civil rights leaders see the silence of the nation’s corporate leadership in particular over the past week as an abdication that holds the threat of encouraging such nativist and racist language in other settings.

“The business community is an important voice in this country and their failure to respond only contributes to the normalization of the President’s words,” Henderson said in his email. “They know quite well that the President’s comments violate EEOC guidelines and all of their internal personnel policies. They also know that the corrosion of American ideals is ultimately costly to business and to us all.”