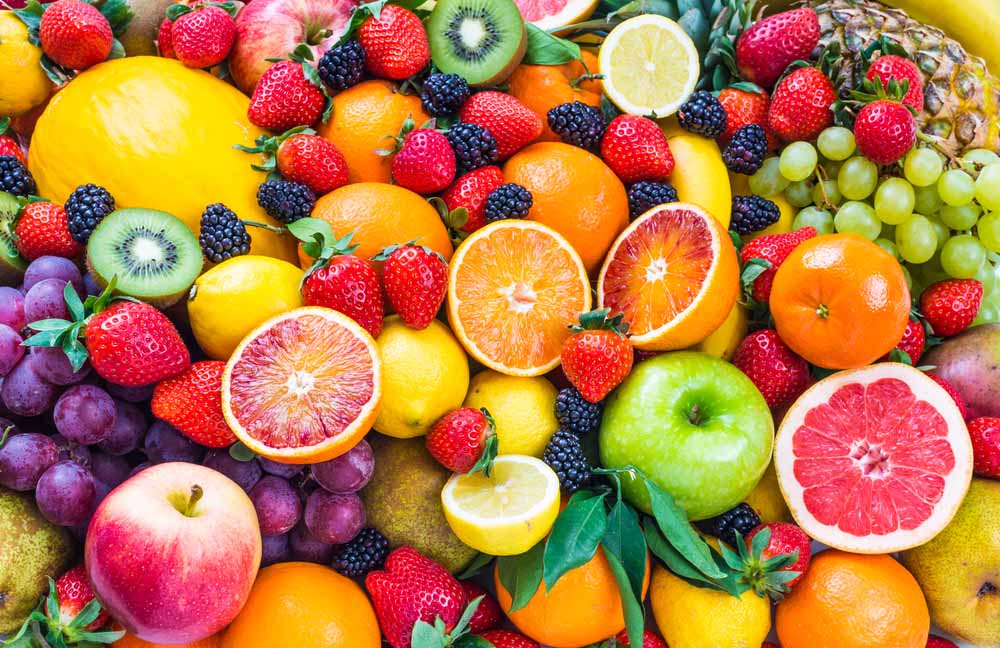 Fruits evolved different colors based on the visual abilities of nearby animals. (Credit: leonori/shutterstock)

Fruits come in a glorious rainbow of colors. Raspberries, kumquats, lemons, avocados, blueberries, figs; the colorful array rivals a 96-pack of Crayola crayons. But scientists have long debated whether fruits evolved their vibrant pigments to entice animals to eat them and spread their seeds. After all, some fruit eating — or frugivorous — seed-dispersers are color blind. Now, researchers show fruit color evolved in response to the visual abilities of local fruit-feasting animals.

To find out if the evolution of fruit color came in response to animals’ senses, an international group of scientists took advantage of a natural experiment. Omer Nevo, an evolutionary ecologist at the University of Ulm in Germany, turned to a group of fruit-noshing animals with distinct visual abilities that live in the montane rainforests of Uganda and Madagascar, where many of the same kinds of plants grow.

In Uganda, monkeys, apes and birds are the primary frugivores, whereas in Madagascar, lemurs are the most critical fruit-eaters. Monkeys and apes have color vision that is identical to humans’ and birds’ color vision or even better — many can see ultraviolet light. But nearly all lemur species are red-green color-blind.

“This created a unique opportunity,” Nevo said. He wanted to know whether the colors of fruits would respond to the differences in the animals’ vision. So, the researchers measured how much the color of ripe fruits stood out from the color of background leaves. They expected that the stark contrast between fruit and leaf would make the fruit more visible to animals and that the contrasts would be larger in Uganda, where animals have exquisite color vision, than in Madagascar.

“This is exactly what we found,” Nevo said.

The contrast between fruit color and background leaves was greater in Uganda than in Madagascar. But more than that, fruits in Uganda had stronger contrast against the leaf background in the red-green channel, whereas fruits in Madagascar had higher leaf contrast in the blue-yellow channel, the team reported 25 September in the journal Biology Letters.

That means plants in Uganda can use almost any contrast between fruits and leaves, but those in Madagascar “evolved to utilize the ability of lemurs to distinguish between yellow and blue,” Nevo said.

“The species interactions we observe today are the result of countless tweaks in both animals and plants that resulted in relatively efficient communication between the two,” he added, saying the work is a reminder for how fragile ecosystems are.

“Any damage to the system could lead to unrecoverable consequences.”