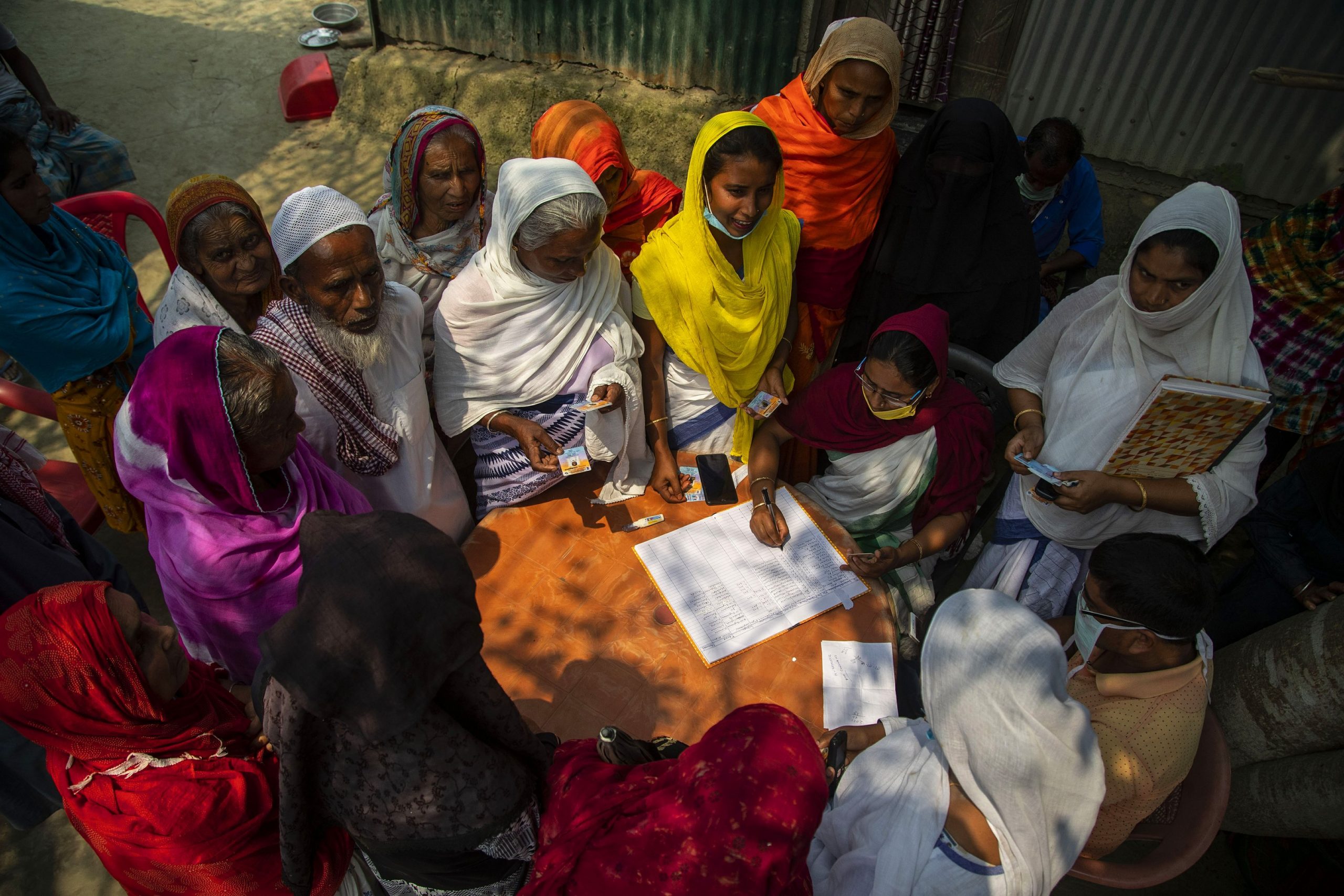 NEW DELHI (AP) — India reported a record daily surge in new coronavirus cases for the second time in four days on Wednesday, while New Delhi, Mumbai and dozens of other cities announced they are imposing curfews to try to slow the soaring infections.

The federal government has so far refused to impose a nationwide lockdown to contain the latest surge but has asked states to decide on imposing local restrictions.

“The pandemic isn’t over and there is no scope for complacency,” Health Minister Harsh Vardhan said on Twitter. He urged people to get vaccinated.

India now has a seven-day rolling average of more than 78,000 cases per day and has reported 12.8 million virus cases since the pandemic began, the highest after the United States and Brazil.

Due to a surge in infections, India has now delayed exports of large quantities of vaccines. It has shipped 64.5 million doses so far.

Experts say the surge, which is worse than last year’s peak in mid-September, is due in part on growing disregard for social distancing and mask-wearing in public spaces.

As health officials continue to warn about gatherings in public places, Prime Minister Narendra Modi and his party leaders continue to hold mammoth rallies in several states where local elections are underway.

While on the campaign trail Tuesday in West Bengal state, Modi was seen waving at maskless supporters from his car.

His government has also allowed a huge monthlong Hindu festival that draws tens of thousands of devotees daily to go ahead on the banks of the Ganges River in northern Uttarakhand state.

In other developments in the Asia-Pacific region:

— North Korea has continued to claim a perfect record in keeping out the coronavirus in its latest report to the World Health Organization. At the beginning of the pandemic, North Korea described its efforts to keep out the virus as a “matter of national existence.” It shut its borders, banned tourists and jetted out diplomats. The country still severely limits cross-border traffic and has quarantined tens of thousands of people who have shown symptoms. But it still says it has found no case of COVID-19, a widely doubted claim. In an email to The Associated Press on Wednesday, Edwin Salvador, WHO’s representative to North Korea, said the North has reported it tested 23,121 people for the coronavirus from the beginning of the pandemic to April 1 and that all results were negative. Salvador said the North said 732 people were tested between March 26 and April 1. WHO officials say the North is no longer providing the U.N. agency with the number of people it quarantines with suspected symptoms.

— South Korea is temporarily suspending administrating AstraZeneca’s coronavirus vaccine to medical workers and people in long-term care settings 60 years old or younger as health authorities in Europe investigate a possible link between the shots and rare blood clots in adults. The Korea Disease Control and Prevention Agency said Wednesday it will also pause a vaccine rollout to school nurses and teachers that was to begin Thursday, while awaiting the outcome of the European Medicine Agency’s review. South Korea has so far administered the first doses of coronavirus vaccines to about 1 million people after beginning its mass immunization program in late February. The country’s vaccinations have so far relied mainly on AstraZeneca shots produced by local firm SK Bioscience. The suspension comes as South Korea on Wednesday reported 668 new virus cases, its highest daily jump in nearly three months.

— Facing criticism for a vaccine rollout that’s behind schedule, Australia’s Prime Minister Scott Morrison notes his country has faced difficulty in getting promised vaccine doses from Europe. He said over 3 million of Australia’s contracted AstraZeneca vaccine doses haven’t yet arrived — but that shouldn’t be taken as him criticizing the European Union. “That’s just a simple fact. That’s not a dispute. It’s not a conflict. It’s not an argument. It’s not a clash. It’s just a simple fact. And I’m simply explaining to the Australian public that supply issues is what’s constraining and has constrained, particularly over these recent months, the overall rollout of the vaccine,” Morrison told reporters in Canberra. He said he will write again to the European Union and AstraZeneca requesting they send the full order of vaccine doses. Morrison said some of the doses will be sent to help its neighbor Papua New Guinea deal with its virus outbreak. In March, Europe stopped about 250,000 vaccines going to Australia due to concerns about European supply shortages.

— Nepal resumed giving out vaccinations against COVID-19 on Wednesday with vaccines donated by China. The Himalayan nation had begun its vaccination campaign in January with AstraZeneca vaccines manufactured by the Serum Institute in India, but had to suspend it after India cut the supply. China donated 800,000 doses of the Sinopharm vaccine that was flown in last month. India had first gifted 1 million doses of the AstraZeneca vaccine and Nepal purchased 2 more million from the company. However, only 1 million was supplied and delivery of the other half has been delayed by the company.