Inside Housing – Comment – Bridging the gap between older people and technology 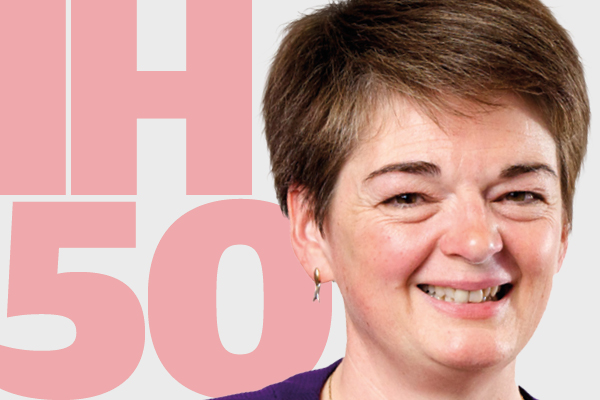 Changes to the way people communicate and access news and entertainment risks increasing loneliness. Jane Ashcroft explains how Anchor Hanover is using tea and technology to help mitigate this

According to Office for National Statistics (ONS) figures, 2.4 million British adults suffer from chronic loneliness. That number, combined with research highlighting the impact of loneliness on people’s well-being, could see the condition being recognised as the UK’s most dangerous health issue.

Within this, the impact of loneliness among the older demographic is ever more prevalent.

According to Age UK, more than two million people in England over the age of 75 live alone. Some will, of course, have chosen to do so but more than a million older people say they go over a month without speaking to a friend, neighbour or family member.

As housing providers, we are in a unique position to tackle loneliness, and at Anchor Hanover we have been working hard to do so.

As part of that, we can play a part in helping to bridge the gap between older people and technology, which could ease feelings of isolation and loneliness.

Traditional mass media has provided a vital link for some older people to the outside world.

However, the way in which the media landscape is changing is having a negative impact on the connectivity of older people.

This trend was highlighted by Robert Halfon, MP for Harlow in Essex, when he spoke of how older people in his constituency are so starved of information after their local newspapers closed that they are now calling his office for news updates.

There is also discussion about abolishing free TV licenses for the over 75s, which could accelerate feelings of isolation among older people even further. TV is a great source of pleasure and comfort to many of the oldest people in our communities, scrapping free access to television risks fuelling the loneliness epidemic even further.

We tend to take technology for granted. How easy it is for most of us to stay connected with family, friends, the news and entertainment digitally.

But we shouldn’t assume that everyone has the internet and online news at their fingertips.

In 2018, only 44% of those aged 75 and over were recent internet users, with ONS suggesting the majority of this age group still do not have access to the online world.

Over the past few months, Anchor Hanover has been working closely with Aviva to increase digital engagement among older people.

We launched our ‘Tea & Technology’ project using £50,000 gifted from Aviva’s community fund to purchase tablets and train volunteers to open up the digital world to a whole new audience.

We’ve been tackling barriers against using the internet and giving people the opportunity to see for themselves what the internet has to offer.

By providing trainers, face-to-face sessions, tablets and wi-fi connections the project is enabling those who may have previously felt going online wasn’t for them to have a go.

Since our Tea & Technology work started, many more older people are now getting the chance to speak face to face to relatives abroad, check they are receiving the correct financial benefits, reminisce about times gone by and save money on household bills in a way they’ve never done before.

Interestingly, through our training sessions we’ve found that older people are most keen to visit YouTube and Facebook to stay connected with family and friends.

Tea & Technology is reaching the people who need it the most and they are relishing the opportunity.

Participants tell us they are enjoying the sessions and feel more confident in handling their mobile phones and tablets.

One 73-year-old resident even asked her GP to take her off her antidepressant medication as the internet had opened up a new world for her to explore. She swapped tablets for a tablet!

Maybe it’s a combination of having a cuppa, receiving news and information in a different way or learning how to communicate in this digital era that’s doing the trick, regardless, the benefits for all are undeniable.

Tea & Technology is just one of a vast array of initiatives that show the positive role housing associations can have in alleviating social isolation and loneliness.

That’s good news for individuals and good news for the public purse. And it’s something I sincerely hope will be recognised and supported in the pending Social Care Green Paper.

Next Article Are you prepared for a no-deal Brexit?