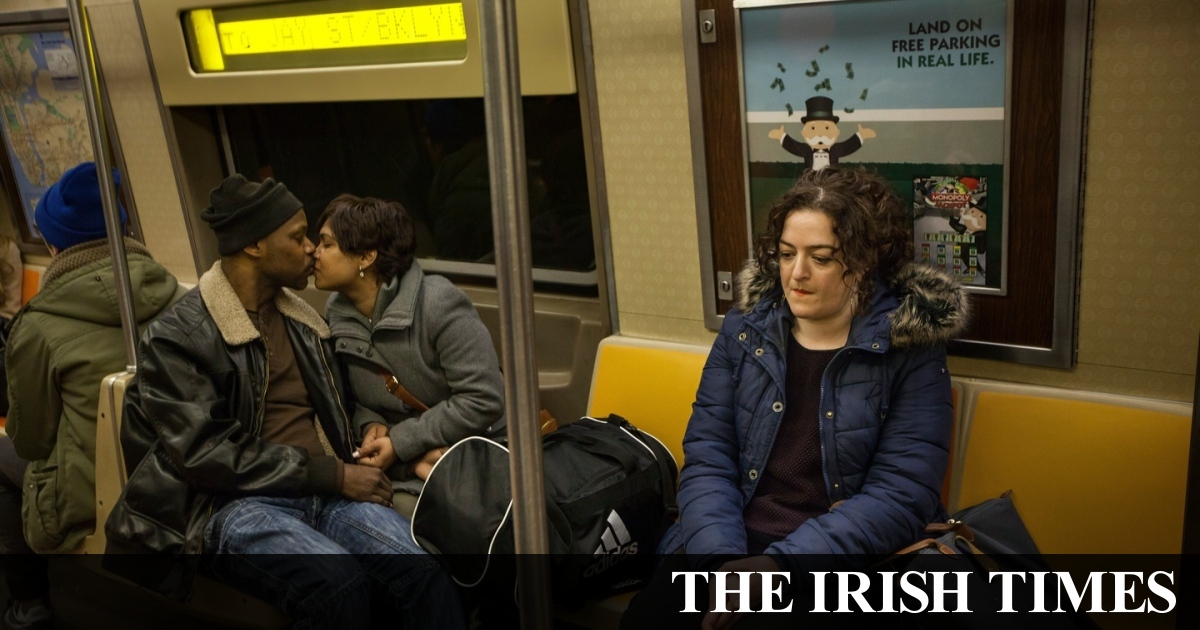 What is brilliant about Maeve Higgins’s stand-up is not only the content but the fantastic form – she does not deliver her material along a straight highway only, not as a single train of thought; some of her best lines are asides, almost second thoughts. It results in a conversational, almost gossipy style where the surreal and intelligent points hit home as almost by the bys. Her earlier book of essays We Have A Good Time …Don’t We? also has this tangential style. There is something very Irish in saying the main thing you want to say in the secondary thing you say.

In Maeve in America, she has come a long way from the small “island off an island”. Initially the book seems a more traditional essay style but as it progresses her brilliant obliqueness emerges – and a willingness to delve deeper into the often difficult reality of living.

Her main theme is the distance between the lives we are supposed to lead – the aspirational lives or the ones on social media – as opposed to the sometimes shitty and real ones. This is nicely explored in a piece about renting a dress for a fancy ball and the growing regret she feels throughout the evening because she was “a 33-year-old woman who looks like she’s made it, but can’t even afford a rented dress!” The regret of what might have been ruins the enjoyment of what is.

The honesty of the book is powerful and impressive whether about desire (dotted throughout are playful mentions of Michael Fassbender, Mark Ruffalo and a gorgeous hunk that is with his girlfriend), money (there is a hilarious childhood story about Fota Island), loneliness (on occasions “I’ve begun to cross over from the highness of aloneness to the lowness of loneliness”), about depression and body image: “I’m very bored with self-loathing I’ve felt for the past 25 years”.

To break it down into such a list does the book a disservice as it’s all in the telling. Higgins’s style is a unique blend of very funny, insightful, honest and wise, ironic and playful.

In the opening chapter she describes her experience of swimming with dolphins, an activity supposedly on everyone’s bucket list but one that turns into a bit of a nightmare for her. Here is the template for one of her main concerns, the way other peoples’ expectations, and the thing that is supposed to be desirable, can get in the way of finding the right thing, the authentic thing, to do for oneself: “Why was I doing something I did not want to do? It was never my dream to be a touring stand-up, or to swim with dolphins. Why was I following this path that someone else had tramped down ahead of me, and what did I think I was doing, rushing to keep up with them and stay ahead of the person coming behind me?”

She questions why she is doing stand-up to audiences waiting for the “big loud boys they preferred”. She is scathing of stand-up to the extent that the confident and ambitious can succeed over the funny. Yet she writes of how, in her family, being funny and getting a laugh is prized and this is at the heart of who she is. She explores the importance of comedy in workshops in Iraq and the “very real risks involved when comedy reveals some truth that the powerful have concealed”.

The limit of comedy seems to be reached when she writes about her podcast on immigration and US president Donald Trump’s implementation of severe policies and how her promise to the producer to make it “superfun” is cast aside as she tries to get to the heart of this new darkness.

Elsewhere she writes insightfully of the internalisation of misogyny. Throughout there is vulnerability (“we comedians are brittle oddballs”) and an often moving recounting as in the beautiful memory she didn’t have as she nearly died with dolphins: “I didn’t remember my dad going around the table and covering our small hands with his big hands and kissing us on the forehead”.

“Not being second-rate is scary,” she writes, “because it means you’re good to go, there’s no more waiting around required.” Maeve is great to go and this book is proof. It’s great.

Kevin Gildea is a comedian and writer