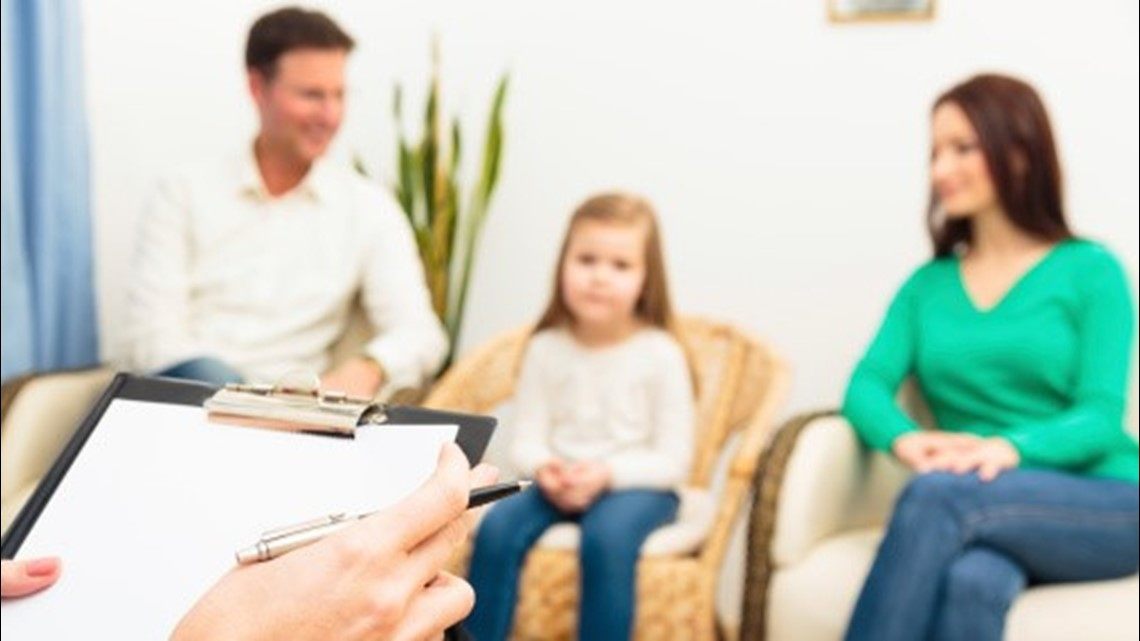 SARTELL, Minn. — You won’t find “Negatron” and “Optimistic Prime” in the Transformer universe, but for one kid, the imaginary characters are helping improve his mental health.

The incredibly relatable and punny metaphor was created by one of Kimberly Christensen’s young patients. She’s a licensed psychologist at Sartell Pediatrics.

“The kids come up with their analogies and … they’ll stick, because they make sense … in their world,” Christensen told the St. Cloud Times .

The images help the boy understand his thoughts and what to do with them.

“We try to figure out ways to get Optimistic Prime back in charge,” Christensen said.

(For those not familiar with “Transformers” movies and stories — in which machine characters change transform from robots into vehicles and back — Megatron and Optimist Prime are the names of the two main bad and good Transformers.)

This email will be delivered to your inbox once a day in the morning.

Thank you for signing up for the Sunrise Newsletter.

Both are part of integrated behavioral health services at the clinic, which offers holistic treatment for a child’s mental and physical health. Sartell Pediatrics has offered mental health services for a few years, and hopes to expand.

“We had seen a lot of need for it in our own patient population,” Smith said.

The Centers for Disease Control & Prevention estimates one in six U.S. children ages 2-8 have a diagnosed mental, behavioral or developmental disorder.

RELATED: The secret life of teens: Anxious, overscheduled and getting sick

Christensen said anxiety is by far the No. 1 diagnosis for kids.

It’s followed by disruptive behaviors and mood regulation problems, which can be symptoms of ADHD. Depression is the other most common problem.

Some of those conditions commonly occur together. Some, including depression and anxiety, become more common as kids get older.

Those diagnoses are familiar, but they look different in kids than in adults.

“There’s a lot of kids that come in and … are more oppositional, or really irritable or crabby,” Christensen said.

They don’t have the skills or ability to organize their thoughts, mood and feeling in that moment, Corrieri said.

“(The kids are) feeling so overwhelmed that they just lash out,” Corrieri said.

A child’s anxiety can also manifest as physical symptoms as a mysterious headache or stomach ache with no clear physical cause.

In early 2016, the U.S. Preventive Services Task Force recommended all kids ages 12 and older be screened for depression.

“The idea … is early intervention and early screening. Your success rates go up dramatically,” Christensen said.

Staff said they could do, but asked, what if a patient screens high, Smith said.

“We can make the referral, but if they’re severely depressed and they can’t be seen for three months … what do we do?” Smith said.

Now, the clinic has a built-in mechanism to help, with Christensen and Corrieri on staff.

“The providers here have such great connections with their patients,” Christensen said. She and Corrieri can piggyback off that connection when doctors refer them patients.

“It just seems very seamless. The patient feels comfortable. … They know this place. They know how the system works.”

In her previous job, she could see the gaps in the system.

“People … would fall through the cracks,” Christensen said.

It can be difficult to follow through. What kind of services do they need? Where do they get them? How will they pay? Then, they often face a long waiting list.

At Sartell Pediatric, those questions are easily answered and families can even meet Corrieri or Christensen right away.

They like to keep their schedules fluid so they can consult with doctors or fit in someone in crisis.

The counselors benefit from having the doctors nearby, too.

“To get a child in to see a psychiatrist is almost impossible,” Christensen said.

There’s a general shortage of psychiatrists in the area, especially ones who work with children. It can take months for an initial appointment.

Many people still think of the psychiatrist’s couch as the one and only treatment for mental illness. But there’s so much more than that.

Providers use play therapy techniques or sometimes just play a game while they’re talking with a child, to lessen stress and ease communication.

Christensen is a trained cognitive behavioral therapist and incorporates play. She also educates kids on how their brains work, in a kid-friendly way.

“It’s surprising how much kids will talk,” Corrieri said. “They’re thinking about beating me in Candy Land. They’re not thinking about the fact that I’ve dug into some good stuff.”

It helps lower inhibitions and lets kids talk about stuff they may not even be able to name.

“If we sit there be like, ‘Well, let’s talk about why you don’t wanna go (to school),'” Christensen said. That doesn’t work.

Christensen said it helps kids to understand what’s going on in their brain when they’re feeling scared or anxious or depressed. She starts with the amygdala.

“When your amygdala gets activated, It only knows three things,” Christensen said. Then she explains fight, flight and freeze.

“I’ll do silly examples. … If a tiger came into my room right now, our amygdalas would turn and we would think fight, flight or freeze. Would you fight the tiger or would you run? Or would you play dead?” Christensen said.

She explains the amygdala or “alert center” can go off when it’s not supposed to, like when a kid is at school with friends or their mom drops them off at day care.

They talk about ways to get the prefrontal cortex, or “thinking brain,” back in charge. One common technique is taking slow, deep breaths.

“I tell parents at the end, ‘I don’t care if they remember their amygdala. … It’s more about … who’s in charge? Is my amygdala or is my thinking brain?'” Christensen said.

When Corrieri joined the practice, Sartell Pediatrics was able to offer more services to young adults and parents. Christensen primarily works with children ages 5 and up.

“It’s tough for parents … if you have a child who’s struggling with something,” Christensen said. “A lot of times, parents are kind of left in the dust. …You, at times, feel helpless or hopeless. Sometimes they need a person for them, too.”

The same goes for siblings and other relatives. Corrieri will also work with couples or with both parents, to help them co-parent better.

The convenience of the clinic makes it easier for parents to ask for and get help.

“These moms are tired. They’re burnt out. They don’t know where to go for support. … A lot of moms … are not even taking the time to take care of themselves,” Christensen said. “They can … have their own appointment while their kid has their appointment.”

Some of it is just education: how to talk, how to listen, and how to move forward.

It’s all important to help the child at the center of this to heal. When you treat a child, you’re also treating their parents, siblings, relatives, teachers and everyone in their world.

“What do they say, it takes a village, right?” Corrieri siad.

In the future, staff hope to start group therapy, including groups for moms, teen girls or teen boys. They already have a social skills group for kids on the autism spectrum, and hope to add more.

“It’s treating the family as a whole system,” Corrieri said. “Sartell Pediatrics just wants the whole family unit to be healthy, to be safe and happy.”

Here’s how a school reduced its waste by 80 percent