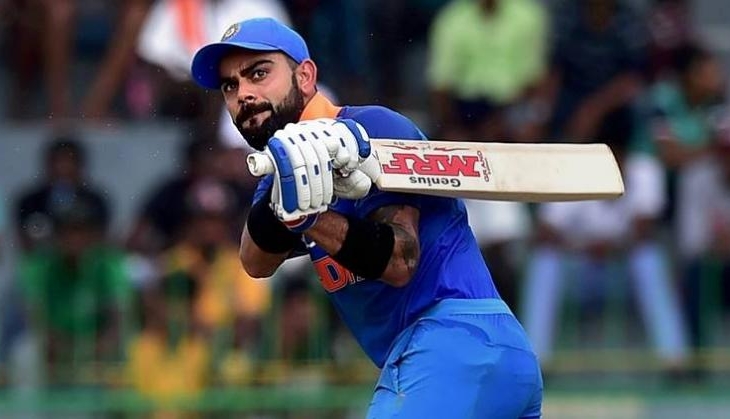 Virat Kohli on Tuesday slammed his 39th ODI century for India and his first hundred of 2019 in the second ODI against Australia in Adelaide. Interestingly there’s a pattern in every century Virat scores, he scored his first ton of 2018 on January 15, 2018, scoring 153(217) in a Test match against South Africa at Centurion and on January 15, 2017 he hit his first century of the year as well to become the fastest batsman to score 27 ODI tons.

Virat Kohli’s amazing century helped India win the second match of the series. The Indian skipper scored a remarkable 104 runs with vice-captain Rohit Sharma scoring 43 runs while MS Dhoni scored 55 runs and Dinesh Karthik batted till the end to take India to the victory line. Virat Kohli was honored with the ‘Player of the Match’ award.

Earlier in the Day, Australia managed to put up a healthy total of 298 for 9 on board with Shaun Marsh hitting a fabulous century and Glenn Maxwell playing a cameo in between. Marsh hit 131 runs while Maxwell scored 48 runs. Bhuveneshwar Kumar was best among the Indian lot, taking 4 wickets in 10 overs giving away 45 runs. Mohammed Shami took 3 wickets and Jadeja took 1.

The three-match ODI series is now leveled at 1-1, the third and final match will be played in Melbourne Cricket Ground on January 18. India won the match by 6 wickets with Dhoni’s six helping India go into the finals with heads up.