Interesting places you must visit in India before you die 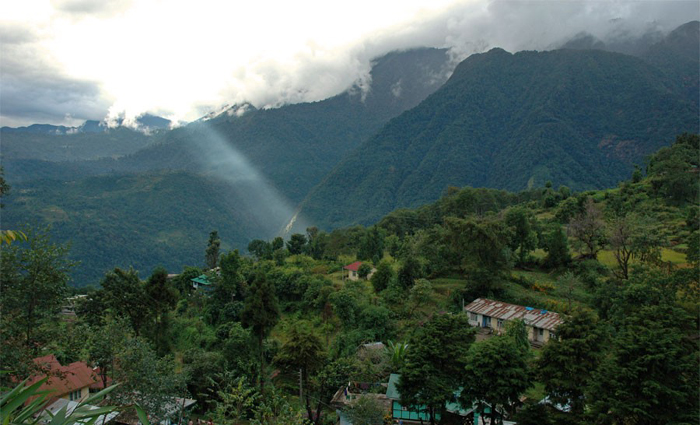 India is renowned worldwide for its rich cultural heritage. Understandable, since this country is subcontinent and has hosted people from diverse cultures across the world. Consequently, India has tourism spots almost everywhere that are frequented by foreign nationals and domestic tourists.

However, there are some unbeatable and interesting places in India that you must visit before you die. Some of these are off-beat or off the beaten tourist trail. But they are extremely interesting and worth your money, time and effort. If you are game for visiting such places, read on.

India has something to offer for people of all ages, interests, hobbies and budget. As a result, enjoying the country is possible for any traveller. There will be no shortage of things you can do in India. A lot of choices are available and offers plenty to do. Once you decide to make the best of your holiday, look for some offbeat places that may interest you.

Here we list some of the best interesting places to visit. Our selection includes all types of tourists: from regular ones to those who want thrill and adventure.

If you love adventures and believe that aliens exist, visit the Kongka La Pass located in the Ladakh region of Jammu & Kashmir. This area is also called Aksai Chin and is an international border between India and China. The area is controlled by the Indian Army. Hence you may require special permits to visit Kongka La.

Road to Kongka La is of the gavel and hence, the ride is rough. Attempt the drive only if you are a skilled motorist adept with a 4×4 vehicle. The mountains near Kongka La are suspected to be a base for alien spacecraft. Hundreds of UFO and humanoid alien sightings have been reported by the Indian Army. Despite best efforts of Indian, Chinese and international scientists, no plausible and scientific explanation has been found for these UFO and alien sightings.

For those who want serenity and peace on their holiday. Yuksom in the state of Sikkim offers the best getaway from the daily hustle bustle. Yuksom was once the capital of the Chogyals or kings of Sikkim. It is also home to the world-famous Yuksom Breweries which makes world-class alcoholic beverages.

Streets of Yuksom are lined with houses that are built with the most unique architectural styles in India. These beautiful houses are a delight to the eye. Yuksom’s well-laid streets make walks and motoring pleasure.

Additionally, you can visit the nearly dozen famous Buddhist monasteries and temples that dot Yuksom. The city is also famous as the gateway to Mt. Kanchenjunga, one of the highest mountain peaks in the world. Yuksom welcomes tourists round the year, though winters are exceptionally cold.

Do you believe in ghosts, spooks, witchcraft, spells and curses? Then I suggest you must visit some of the most haunted places in India. These places include the Bhangarh Fort, which is located in Rajasthan. This ancient monument and its ruins are known as ‘India’s Most Haunted Fort.’ The reason? There are two legends for the supposed haunting.

The first legend claims that a shaman fell in love with a local princess, Ratnavati. Knowing he could never marry her, he decided to cast a spell to win her heart. He cast the spell on a flacon of perfume. Princess Ratnavati learned of this spell and threw away the flacon in anger. It turned into a boulder and crushed the shaman. His ghost haunts the fort.

The other legend states, a hermit called upon the local king to ensure that shadows of Bhangarh Fort do not fall on his dwelling at the base of the hillock. Though the king ceded to the demand, his successors did not. Consequently, the hermit’s curse fell on Bhangarh. The fort can be easily accessed from the city of Alwar. It is near the Sariska Natural Park. The Bhangarh town and fort have all makings of a ghost story. In fact, entry is prohibited between sunset and sunrise.

Located a few meters away from the world famous Bom Jesus Basilica in Old Goa are the ruins of St. Augustine Tower. There is nothing apparently striking about the place unless you delve into its history. Despite best efforts, the Archeological Survey of India has been unable to clearly define who built the St. Augustine Tower complex and why. The credit is often given to erstwhile Portuguese rulers of Goa.

However, modern-day archaeologists dispute the claims that Portuguese rulers built the complex. They credit it to Sultan Adel Shah Bahman Shah of Bijapur. The complex is said to have housed one of the oldest Jewish synagogues in India.

This apparent is from the Bar Mikvah well at the complex. There are also ancient stone carvings that depict verses from the Jewish holy book, Torah. Additionally, paintings on walls of the complex are of Ethiopian origin. Even during daytime, St. Augustine Tower complex bears an eerie ambience. It was the site where the Indian horror movie ‘Gumnaan’ (Anonymous) was shot in 1971.

Puducherry is a Union Territory located in South India. It is a former French colony. If you want to get a taste of France in India, there is no other location better than Puducherry. The place is well connected by air, rail and road to the rest of India. In fact, Puducherry is a destination of choice for honeymooners and tourists seeking relaxation and tranquillity.

Once in Puducherry, you will be taken to a different world altogether. Houses in the city boast of the old French architectural style. Street names are also in French, albeit some now have been renamed. The city’s ambience is that of any small city in France with coffee shops dotting streets. Restaurants in the city serve a variety of Indian and foreign cuisine. Puducherry is a fairly inexpensive destination. A visit will surely revive your spirits and relax the mind and body. It is one of the most interesting places in India you must visit.

There is no dearth of interesting places you can visit in India before you die. The ones we have listed rank among the best since they are accessible with fair ease. Additionally, these places are also safe for foreign and domestic tourists provided you take reasonable precautions. Furthermore, visiting these places will not cost you the proverbial fortune. Side attractions: make a visit to these places worth your money, time and efforts.

You can add this page as Also Read: “https://www.jbklutse.com/the-best-places-in-bhopal-to-shop-your-heart-out/”