Is Slavery’s Legacy in the Power Dynamics of Sports? 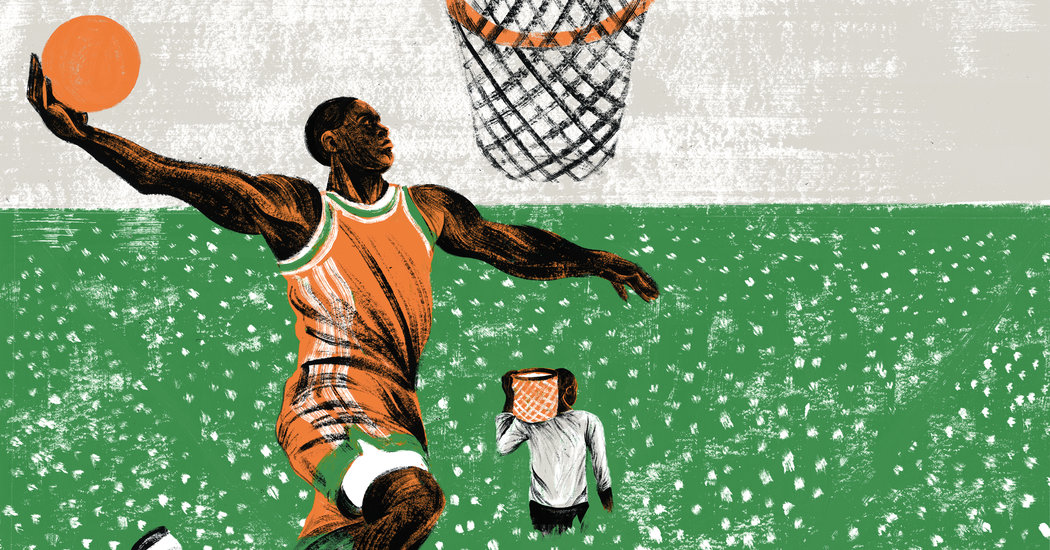 There is no other business like the N.B.A. Its rainbow jump shots, rim-rattling dunks and heart-pounding drama are gleaming monuments to black America. Nearly 80 percent of league players are black. They are multimillionaire superstars, international icons and global purveyors of African-American excellence and culture.

Yet, for all of their success, most of them cannot look at N.B.A. leadership and see their own reflections. The vast majority of head coaches are white, as are most general managers and other league executives. Of the men and women with controlling interests in N.B.A. teams, only one, Michael Jordan of the Charlotte Hornets, looks like most of the players on his team.

This stark divide, and the familiar questions it raises about white people overseeing the toil of African-Americans, adds a layer of tension that ripples just beneath the glamour of the N.B.A. Much of what transpires in the league can be seen through the lens of race, especially this summer, when players upended the usual power dynamics by forcing a flurry of trades and transformational free-agent signings.

Consider the debate sparked by Draymond Green, the Golden State Warriors’ voluble All-Star forward, when he cast a wary eye on the league, its power structure and its racial tensions.

In a string of public comments last fall that included an appearance on LeBron James’s HBO talk show, Green questioned how the white men and women who control all but one of the N.B.A’.s 30 teams are described.

It has been 400 years since chattel slavery began in what is now the United States. But Green suggested that the lexicon of 1619 — with African slaves and white owners, with people as currency — should be reworked when it comes to a business with the N.B.A.’s racial dynamic.

His remedy? “Maybe use the word ‘chairman’ instead.”

The league was already steering away from “owner,” though no official edict has been issued and Commissioner Adam Silver has said he’s fine with the word when it’s used in careful context. At N.B.A. headquarters, officials use “governor” as often as possible. Nonetheless, Silver told The New York Times in a recent interview that Green’s commentary was important.

“Draymond achieved the desired effect,” Silver said, explaining that the three-time N.B.A. All-Star had provoked increased sensitivity about the relationship between players and what Silver called “team owners.”

Consider, too, the dizzying events of this June and July: Anthony Davis forced his way to the Los Angeles Lakers by demanding a trade away from the New Orleans Pelicans; a bevy of the league’s best players — Kevin Durant, Kyrie Irving, Kawhi Leonard and others — opted to leave their teams, pair with superstar friends and play in new cities. Last summer, James left the Cleveland Cavaliers to join the Lakers.

On one level, it’s about money.

But the storm of movement can also be seen as something more profound. Each elite player who bolted to a new team is black. Each had endured years with little control over his destiny. Each played for a team he was forced to join after the N.B.A. draft. Each, for long stretches, had been treated as a business asset, a cog in a machine who could be dumped or traded on a whim.

What we’re seeing now is about value beyond money. It’s about power, history and the long quest for black self-determination, said David J. Leonard, a professor at Washington State University who has written about race, culture and sports. According to Leonard, a line can be traced to the modern N.B.A. from antebellum slavery.

“One way to think about slavery is as a history of confinement and the struggle of movement — being moved against your will or seeking to break free of those chains,” he said. “A connection can be made to what we’re seeing in the league today, to the drive among black players to freely move and control one’s future, control one’s life and likeness, story and voice. All of this is part of a larger history in black America.”

This struggle, of course, is not new. In the 1960s, Bill Russell, the Hall of Fame center for the Boston Celtics, was outspoken about race and social justice.

Nor is the struggle confined to basketball. In 1969, Curt Flood led a charge for free agency in baseball, where teams had been able to control the fate of a player for an entire career. Flood’s critics, echoing today’s “shut up and play” chorus targeting outspoken black athletes, said ballplayers were wealthy and should not complain about limits to their autonomy.

He replied: “A well-paid slave is nonetheless a slave.”

But in the modern N.B.A., one particular event ushered in a fresh drive for player power.

In 2014, the league was finally forced to deal with Donald Sterling, a real estate mogul who owned the Los Angeles Clippers despite allegations he practiced racial discrimination in renting apartments. The tipping point came when an audio recording surfaced of Sterling telling a girlfriend that it bothered him when she associated with African-Americans. He asked her not to bring them to games.

His statements drew immediate wrath from players, who banded together and pressed for Sterling to be ousted. James, then playing for the Miami Heat, made their stance clear: “There’s no room for Donald Sterling in the N.B.A.,” he said. Within days, Silver banned Sterling from the league.

To David West, who retired last year after a 15-year career in which he was an All-Star known for astute views on black empowerment, Sterling’s comments pushed the league’s players to realize their power as never before.

“Sterling is a part of the story that gets lost,” he said. “Being able to hear those words from someone in his position, the intent behind them, it definitely rang a bell for us. It was such a powerful moment.’’

“We came together as never before and let our discontent be known,” he added. “And doing all of that helped change the league dynamic.”

The N.B.A., post-Sterling, is a different place.

Gone are the days when Jordan or Magic Johnson or Kobe Bryant toed the corporate line during the peak of their careers. Today’s stars feel emboldened to speak openly about race, to advocate social justice, to publicly debate issues like slavery and its enduring effects.

They’re led by James and encouraged by Silver, who has boasted of seeing players as partners. Tension around race is not something to run from, Silver said in his interview, as long as it is discussed openly and honestly. Debate done right, he said, can be “an antidote to the fear and isolation that have become so prevalent in our society.”

Still, player clout has limits, Mark Anthony Neal, chair of the Department of African and African American Studies at Duke University, cautioned. He cited Warriors Coach Steve Kerr’s recent criticism of players who tried to force trades while under contract. Neal also cited when Phil Jackson, the Hall of Fame coach, referred to James’s African-American friends and business partners as a “posse” in 2016.

“Phil Jackson is one of the figures in the league that we see as relatively woke,” Neal said. What does that say, he added, about team owners who have racial views that are considered less enlightened?

“At some point,” he said, “those folks are going to mobilize to push back.”

Four hundred years on, the sin of slavery continues to haunt. Its repercussions infect politics, art, education, every community, every last corner of American life. The N.B.A. — indeed, all of sports — is not immune.