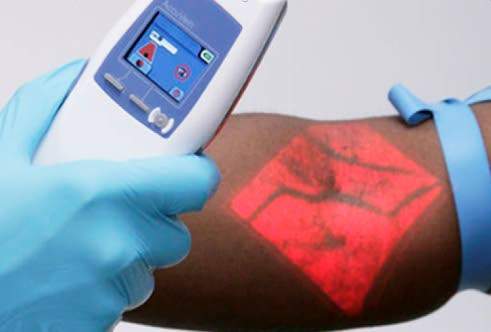 In 2011, Steve Mullings, a Jamaican former sprint athlete, was banned for life for taking, a masking agent, Furosemide.

Earlier in 2006, he had served a two-year ban for testosterone. Alando Terrelonge, the present junior minister in the Ministry of Sports was the defending attorney. Mullings contended that the sample containers could be opened and that his samples might have been switched or mixed up with that of another athlete. Many scientists then laughed at his defence. He took his case to the Court of Arbitration for Sports and lost. Sample containers for doping control had been tested and retested by renowned scientists and practitioners and were verified to be tamper proof after sealing. The sample containers were only manufactured by a tight group of companies that were security cleared, monitored and ISO certified. Sometime after Steve Mullings’ case an investigation was launched into state-sponsored anti-doping in Russia. The anti-doping world was shocked to find out that tamper proof containers could be opened and resealed using electron microscopy techniques.

It was alleged that sample containers were regularly tampered with in Russia and some parts of the world. I do not know if Mullings’ samples were tampered with but who knows what to believe in anti-doping anymore. Japan has signalled a new era in anti-doping where robotics, scanning technology and virtual reality will be showcased. Jamaica Anti-Coping Commission, Jamaica Athletics Administrative Association (JAAA) and JOA must prepare our athletes for virtual and technological driven anti-doping as we prepare for the Doha World Championships and particularly the Japan 2020 Olympics.

Japan has declared that it will develop the most technological advanced Olympic Games titled “The X Games” with security features that will detect almost any violations. They have mastered a system that will store facial images of every person who will be offered accreditation, so verification of identification can be done at pop-up checkpoints.

The anti-doping technology for athletes will arguably match the most advanced DNA technology by using finger and palm prints with vein or vascular data. The vascular patterns of an athlete’s palm will be used as a biometric for verifying or identifying the athlete’s identity. This may indicate whether the athlete has tampered with his/her veins by doping previously.

A palm has a broader and more complicated vascular pattern as compared to the finger. The palm normally does not have hair like some other parts of the body which may mask any changes caused by administering minute amounts of drugs (possibly even minute parts of one million of a gram), therefore the palm is ideal for this type of technology.

The veins present in the palm can be easily illuminated using near infrared illumination. The deoxidised haemoglobin (blood) in the vein vessels absorbs light of wavelength 7.6 x 10-4 nm within the near-infrared area. When the palm is illuminated by the infrared light, only the blood vessel pattern containing the deoxidised haemoglobin is captured as a series of dark lines. The authentication device then translates these black lines of the infrared image as the blood vessel pattern of the palm and matches it with the previously registered pattern of the individual. Some dopers used haemoglobulin to give them more oxygen. If the pattern captured by the scanner is not what it should be, it might indicate doping.

Many of our athletes and coaches are technologically suave. I remember at NACAC, Canada, coach Julian Robinson and Fredric Dacres laughing at me that I take lousy pictures with a phone camera. Jamaican athletes and coaches might be technologically aware; however, they must be educated on how advanced scientific technology adds to development and performance and security clearance.

Patterns such as dehydration, taking vitamins and iron/supplements which are legal out of competition but might interfere with doping control in competition and not being careful of what devices might retard anti-doping effort in a virtual environment. JADCO must begin now to have workshops on how to use augmented reality to operate in doping control room operated by virtual doping control officers (VDCO). Athletes may be asked to use palm technology to navigate doping control forms in the near future. Whereabouts might include just GPS and palm technology spatially.

I am proposing to JADCO, JOA and JAAA that they have technological development workshops along with development meets as the athletes try to obtain the qualifying standards for Doha and Japan.