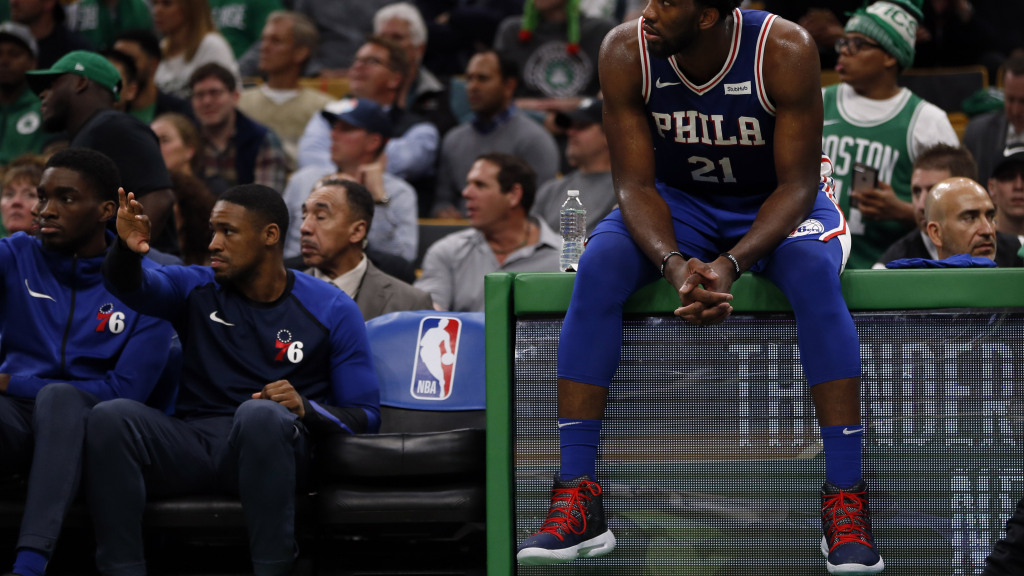 There’s a lot of talk about the classic rivalry between the 76ers and Celtics having been renewed, now that both teams are contenders in the Eastern Conference.

Sixers big man Joel Embiid doesn’t appear to see it that way, however.

Embiid shared some thoughts about the alleged rivalry after his team got blown out in the second half by the Celtics at TD Garden on Tuesday night. The game was close through two quarters, but the Celtics went on to win by a 105-87 margin. Here’s what Embiid told reporters when asked about the supposed rivalry after the loss.

“This is not a rivalry,” Embiid said, via Kyle Hightower of the Associated Press. “I don’t know our record against them, but it’s pretty bad. They always kick our a–.”

Embiid does raise a good point, as the Celtics have now won eight of the last 10 matchups between the two teams, dating back to the start of last season. His team will have the opportunity to avenge Tuesday’s loss when they square off next on Christmas Day.