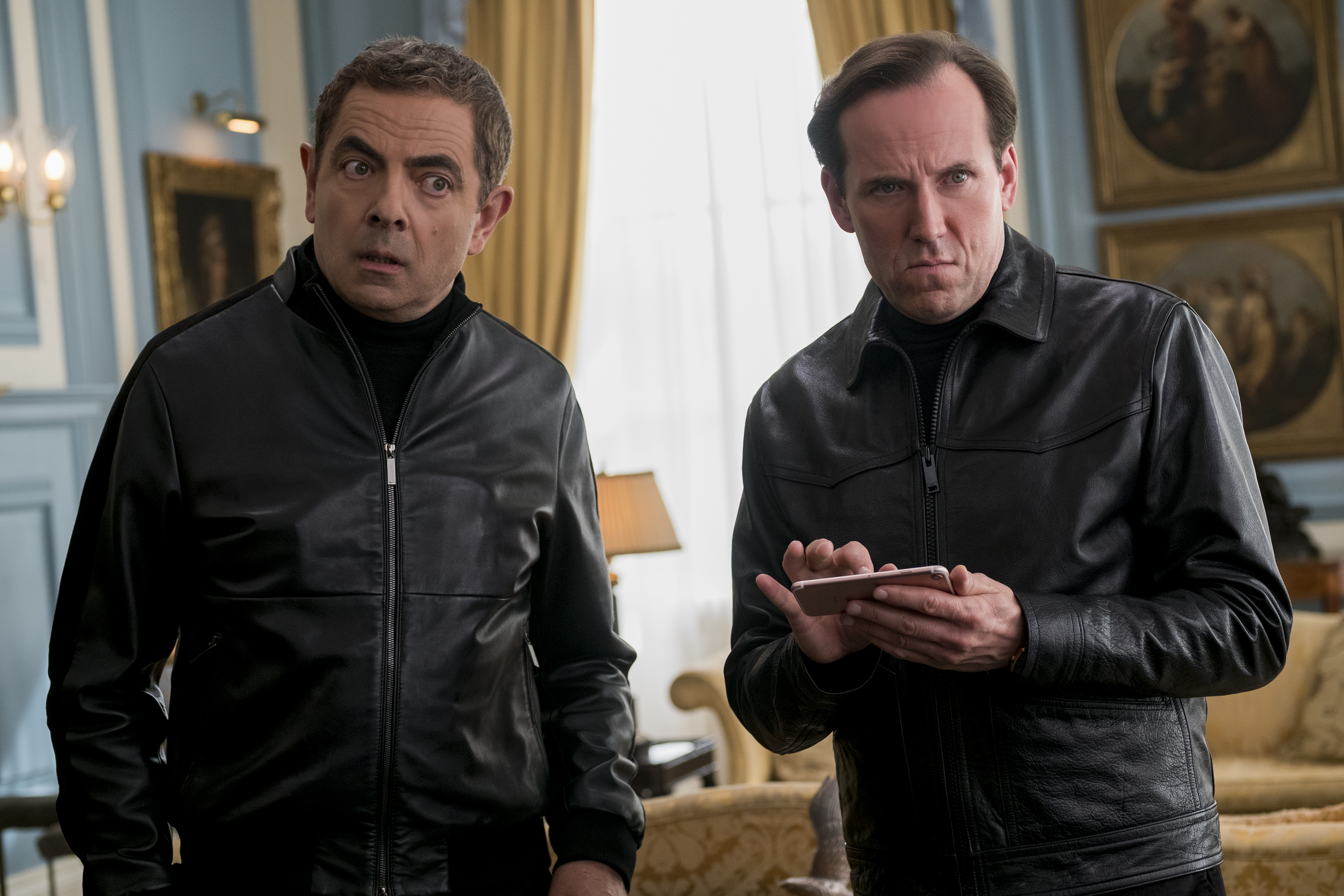 “Johnny English Strikes Again” is silly, predictable, occasionally lazy and not very clever — but I liked it anyway.

This new film is the third in a series that began with 2003’s modestly entertaining “Johnny English” — followed eight years later by the uproarious “Johnny English Reborn.” Neither performed well in the U.S.; but together, their global box-office take totaled over $320 million.

That’s due partly to Rowan Atkinson, whose comedy relies on the universal appeal of body language, facial expression and low-brow sight-gags.

Best known as TV’s Mr. Bean, Atkinson has also appeared on the big screen, including these three James Bond parodies and the underseen “Rat Race” — plus a small but memorable role in “Four Weddings and a Funeral.” And in case this resume makes him seem like a moronic goofball: Atkinson headlined the smart-alecky eighties sitcom “Blackadder” and currently stars in a straight-up British mystery series about Georges Simenon’s Inspector Maigret. For the record, he also holds a graduate degree in electrical engineering from Oxford University.

But you wouldn’t know it to watch Johnny English, a bumbling British spy whose towering ineptitude leaves a swath of destruction everywhere he goes — while English himself rests ever assured that he’s an irresistible bastion of Bond-style suavity and success.

At the same time, in a way I’ve never been able to pin down, Atkinson’s persona both here and in Bean tends to enlist our sympathy: Regardless of his clueless self-assurance, we like him, and we want him to succeed in his missions. The fact that he does so in spite of himself is one reason these spy-spoofs keep working with worldwide viewers.

In “Strikes Again,” the defrocked agent is called out of retirement to track down a hacker who’s making mincemeat of daily life in Britain. It isn’t half as funny as 2011’s “Reborn,” but it has several solid laughs, a breezy 88-minute running time and a few ingenious set-pieces. (The best of these include the long virtual-reality sequence and a comical interchange with three other retired agents and an exploding pen.)

Many of these gags succeed because they underplay the mayhem; it generally occurs off-screen or in the background, as English struggles to maintain his cool composure in the midst of chaos he himself has caused.

The only major drawbacks: The plot is thin, with a number of developments that don’t make sense or are easy to foresee; and poor Emma Thompson, an actress I’d watch in almost anything, really slums it as the sycophantic prime minister — a role so badly written that it’s simply an embarrassment.

Nevertheless, “Strikes Again” will please fans of this series. Though it’s in limited U.S. release and not playing locally, the film has already raked in $107 million overseas.

I’m not suggesting you fly to France to see it; but it is worth streaming if you like to laugh out loud.


Violinist Gale Szcze­pkowski, a brilliant 13-year-old violinist from Elysburg will present a recital at 7 p.m. …


I had to opportunity to tour Canada again this summer with my band The Echo & Sway. As part of our time in …


According to the opening credits, about a dozen different companies helped finance “The Sisters …