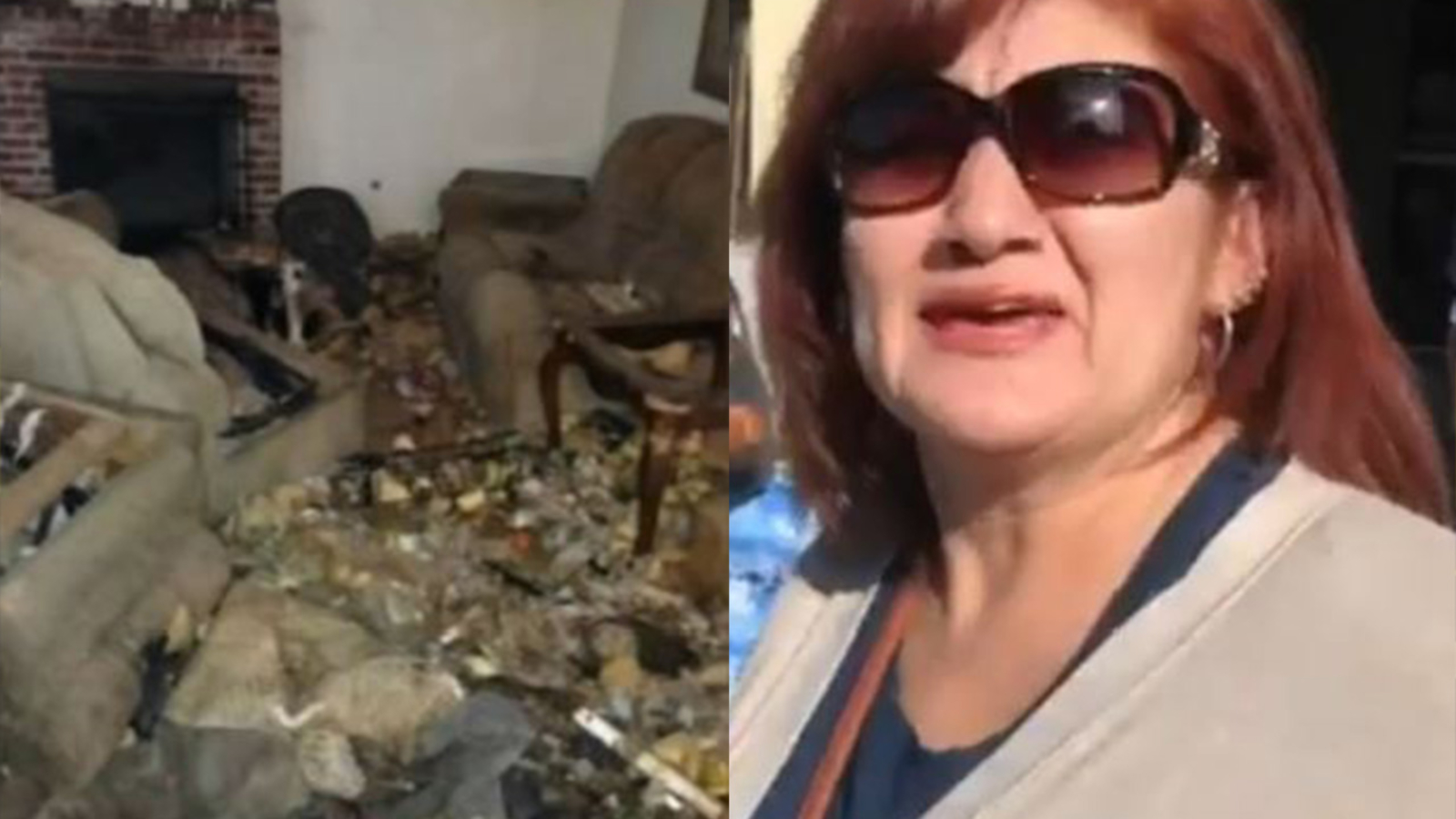 FRESNO, Calif. (KFSN) — The Kingsburg woman accused of leaving more than a dozen animals to live in disgusting conditions and without food is now facing felony charges.

Police found 15 dogs and a dead cat in ankle-deep feces with no source of food or water in a home rented by Yvette Martinez.

The caked layers of animal waste and trash are hard to look at, but these are the photos police took when they went inside Yvette Martinez’s house in June.

She still hasn’t explained how things got this bad.

“Did you want to say anything? I’m with ABC30,” an Action News reporter asked.

“You know what I want to say, Corin?” Martinez said. “Why don’t you guys get the real story?”

“What is the real story? You tell us what it is,” the reporter responded.

“I’m not in any condition to give it to you right now, but why don’t you get the real story? Get the real facts,” she said.

“We get the side that we’re told,” the reporter said.

“Get the facts,” Martinez said.

“So are you telling me the police don’t have the right story?” the reporter asked.

“The DA doesn’t have the right story?” the reporter asked as she walked away.

The story from police is laid out in an arrest warrant declaration I uncovered.

They say Martinez wouldn’t come to the home, but she told an officer she kept four dogs in the house, then later admitted to having at least eight.

They found 15 plus a dead cat, and a mess so bad neighbors could smell it all the way down the street and her landlord has now had to tear out almost the entire interior of the house.

RELATED: 15 dogs rescued from Kingsburg home on road to recovery

“The property owner abated the immediate health and safety issues as soon as they were able to access the property several months ago,” said Kingsburg city manager Alex Henderson. “They have pulled permits for new drywall, insulation and plumbing and are continuing those efforts.”

Police booked her on 32 counts of animal abuse.

Prosecutors charged her with four.

“The DA’s office is going to look at the police reports to determine what charges are the best here that can be proved beyond a reasonable doubt,” said legal analyst Tony Capozzi.

He says prosecutors will probably still use photos of the other dogs as evidence of Martinez’s guilt.

The SPCA is trying to nurse the dogs back to health, but most of them needed extensive medical treatment.

“There’s no place in our society to treat a person or an animal the way these animals have been treated in this case,” Capozzi said. “To me, it’s like torturing them.”

Animal cruelty and torture will soon be a federal felony under a law passed Wednesday.

Neighbors reminded Action News Wednesday Martinez was taking care of an older man whom she also left in this home.

“We’re still gathering the facts and when we’re ready to present them, we will,” he said.