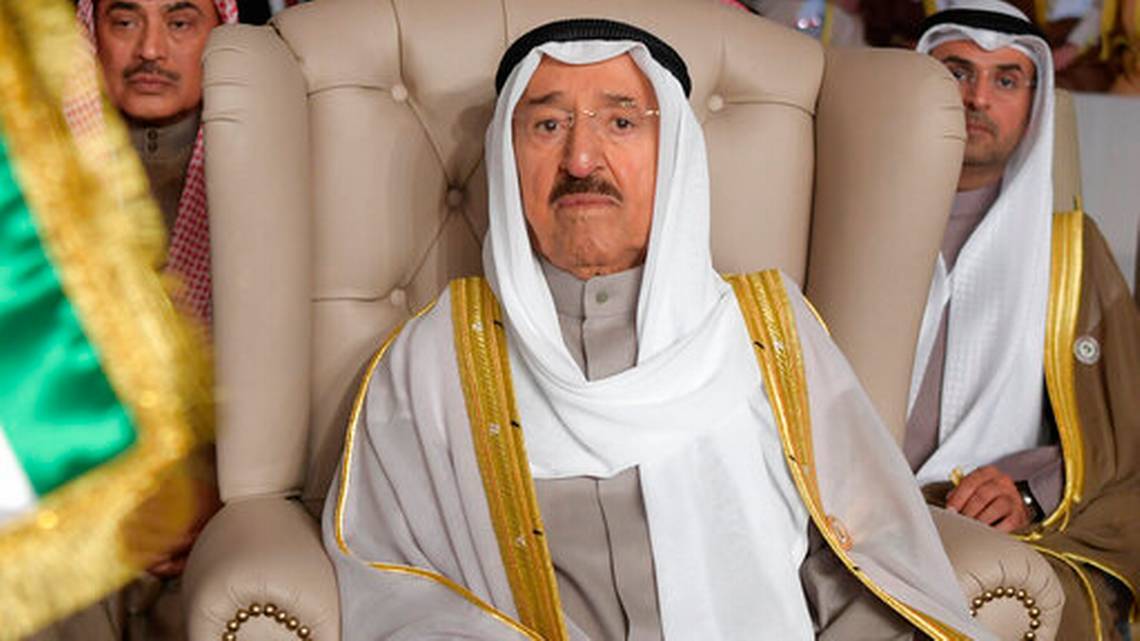 FILE – In this March 31, 2019 file photo, Kuwait’s ruling Emir, Sheikh Sabah al-Ahmad al-Jaber al-Sabah, attends the opening of the 30th Arab Summit, in Tunis, Tunisia. Iran’s Foreign Minister Mohammad Javad Zarif said Sunday, Aug. 18, 2019, on Twitter that he is praying for the “speedy recovery” of al-Sabah, though there has been no public word on the 90-year-old ruler being ill or injured. Zarif made the comment as part of a visit to the small, oil-rich Mideast nation. Kuwait’s Information Ministry did not respond to a request for comment.

Kuwait’s 90-year-old ruling emir has appeared publicly for the first time after a still-unexplained health scare.

The state-run KUNA news agency published photographs of Sheikh Sabah Al Ahmad Al Sabah on Monday and said he met the country’s crown prince and others.

Sheikh Sabah appeared healthy and spoke briefly in one video released by authorities.

That came after visiting Iranian Foreign Minister Mohammad Javad Zarif wrote on Twitter that he was “praying for Emir’s speedy recovery,” without elaborating.

Sheikh Sabah has ruled Kuwait since January 2006. He’s pushed for diplomacy to solve regional issues, such as the ongoing boycott of Qatar by four Arab nations, and hosted major donor conferences for war-torn nations like Iraq and Syria.