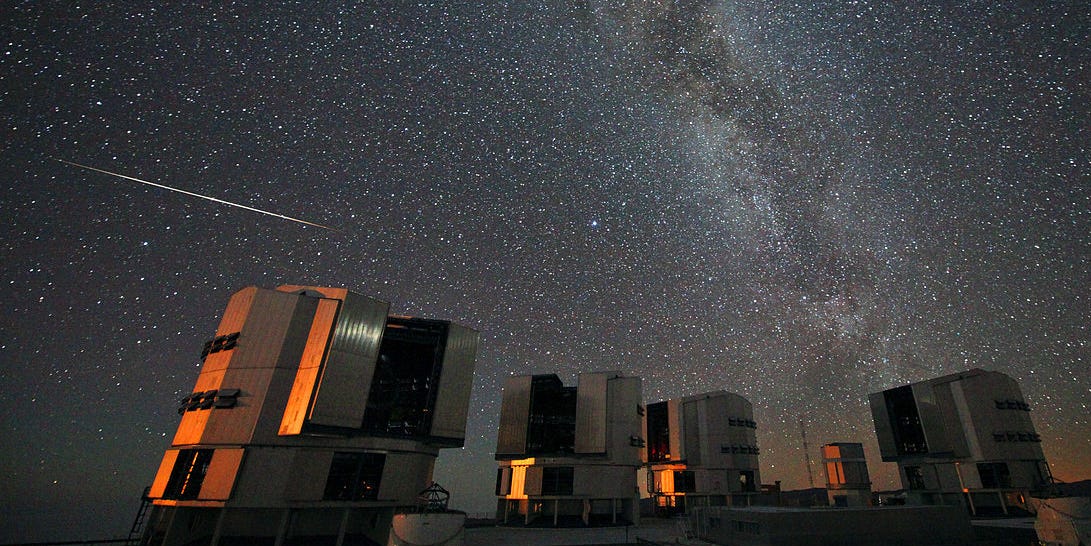 If you see bright green shooting stars streak across the night sky this week, don’t worry. It’s not an omen. It’s just the Leonids.

The meteor shower peaks the nights of November 16 through 18. The moon might outshine them as it wanes gibbous — the full moon is over, and it’s just starting to pass into shadow — but you can still catch a few meteors. Expect about 15 per hour.

The Leonids appear as Earth hurtles through the field of rock and metal debris left behind by the comet Tempel-Tuttle each time it passes by. As the rocks collide with our atmosphere, they burn up in the beautiful streaks known as shooting stars.

Because the metals are rich in iron and magnesium, the Leonids often leave bright green tails in their wake.

“The great Leonid meteor storm of 1833 did more to spawn the study of meteors than any other single event,” according to the American Meteor Society.

The Leonids won’t make another storm like that until 2099.

Tempel-Tuttle will pass Earth again in 2031 and 2064, according to EarthSky. The comet takes about 33 years to orbit the sun.

How to watch the Leonids

Find a dark spot with a clear view of the sky, ideally far from city lights. Meteor showers are best after midnight, when your side of the Earth faces towards the direction the planet is rotating. That way you catch meteors as they collide with our atmosphere head-on, making for much brighter explosions.

Since the moon is so bright this weekend, you’ll need to keep it out of your field of vision. See if you can stand in the shadow of a building to hide it. Otherwise, face away from it.

Turn to the constellation Leo, where the Leonids appear to originate (that’s where they get their name). Sit back and watch for streaks of green.

After the Leonids, the next meteor shower to look for will be the Geminids, which peak on the night of December 13.