Le’Veon Bell unlikely to report to Steelers before deadline 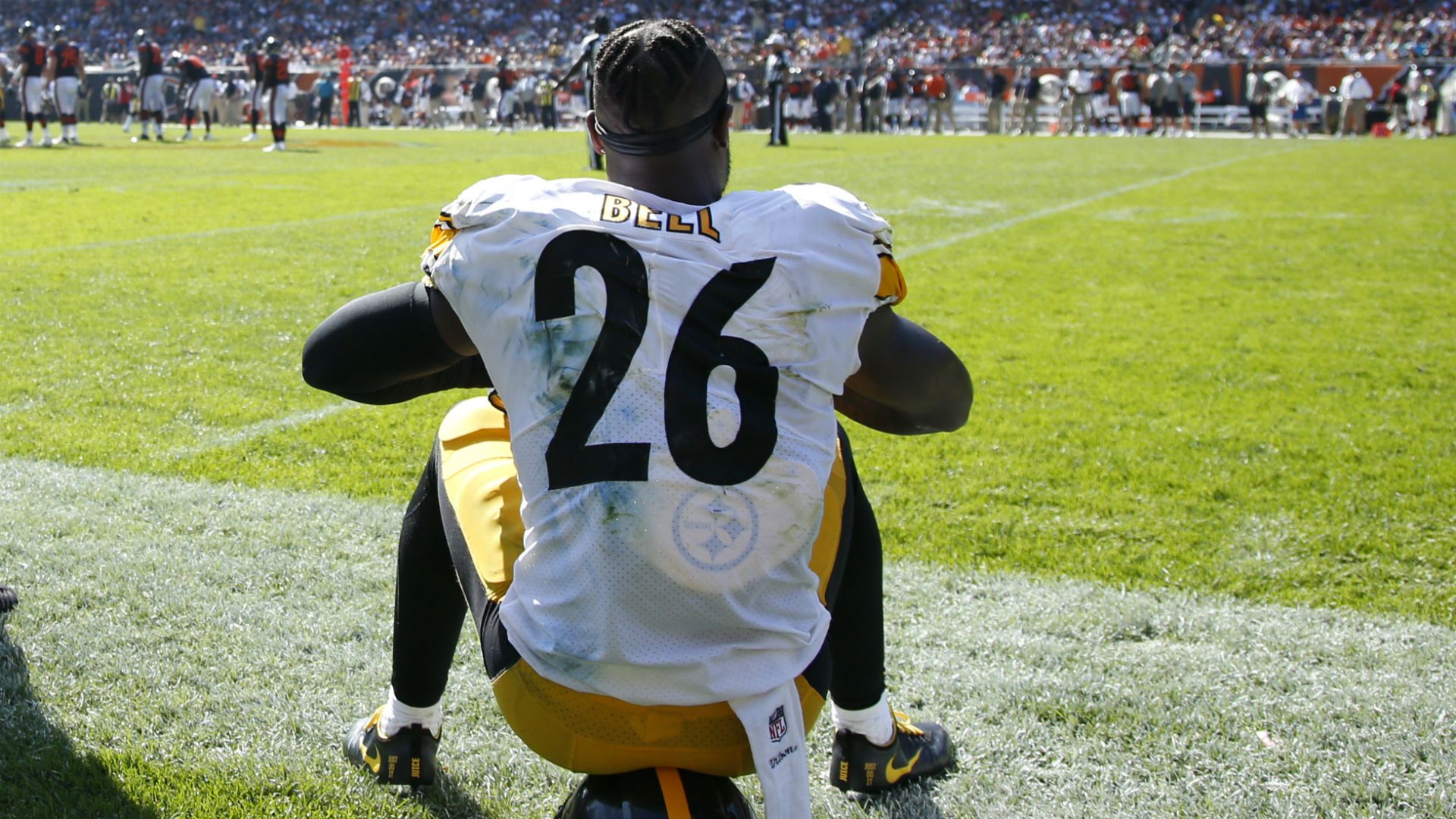 Reports indicate that Bell is unlikely to report to the Pittsburgh Steelers ahead of Tuesday’s deadline. According to the NFL collective bargaining agreement, if the running back doesn’t report before the deadline, he would be ineligible to play the rest of the season.

Steelers’ running back Le’Veon Bell is unlikely to report to the team by Tuesday’s deadline, which would make him ineligible to play the rest of this season, multiple league sources tell ESPN.

According to ESPN’s Adam Schefter, Bell’s circle has continued to decline talking to reporters about his plans.

Although reports indicate that Bell would not be reporting this week, Steelers owner Art Rooney believed otherwise. On Thursday, Rooney told Sirius XM Radio that he expected Bell to report by Tuesday.

Earlier reports, including Bell’s tweet bidding farewell to Miami, indicated that he would indeed report to the team before Schefter reported otherwise Saturday night.

No matter how Bell’s season proceeds from this point on, there’ll be plenty of takeaways for future contract negotiations.

▪️Le’Veon Bell is FA in ’19 regardless if he shows. Has enough accrued seasons to be FA in ’19 even though he won’t get one this year.
▪️Will be on 3rd franchise tag next year of top 5 highest paid ($25M+) even if he doesn’t show b/c he’s been tagged twice before @TheAthleticPGH

Bell has accrued enough seasons to enter free agency in March even without playing this season. The franchise tags the Steelers have attached to him will affect any offers teams throw his way. Other agents, according to NFL Network’s Mike Garafolo, have followed Bell closely to replicate what he’s done with their own clients.

From @gmfb today, agents with clients facing the franchise tag have taken note of Le’Veon Bell’s recently discovered loophole and plan to at least use the threat of it to their advantage. pic.twitter.com/XBt5WJtL8I

The strategy, for multiple franchise players outside of quarterbacks, is to play through the first franchise and possibly sit out the second, or bluff that they’ll do so, for a better deal while having free agency as an “escape hatch” if they’ve accrued enough seasons.

Doing so for other players requires not playing for a year and risking leaving possibly millions on the table — Bell has left roughly $14 million untouched. While agents and managers are also waiting on the outcome of Bell’s future to evaluate the risk and benefits, Garafolo said he does expect Bell to receive a big deal in the spring.

By showing up on Tuesday, Bell would make up to $6 million in base salary. Per Schefter, Bell could have made over $1.7 million dollars by being on the roster during the Steelers’ bye week and by playing against the Carolina Panthers, but chose not to.

If Bell does not show up on Tuesday, he’ll have left over $14 million on the table and likely brought about the end of his career in Pittsburgh although the Steelers will be able to use the franchise tag on him for a third time and match any offers he receives.

For the last two seasons, the Steelers have placed the exclusive franchise tag on Bell, preventing him from negotiating with other teams. His tag this year is worth $14.5 million and would increase to $25 million next season even if he does not play a game this season, per the Athletic.

Regardless, Bell will be a free agent in March where he’ll look for a more lucrative and longterm contract. The Steelers had offered Bell a five-year, $70 million deal, with more than $30 million guaranteed that he turned down.

More from Yahoo Sports:
• Who deserves to win NL, AL Rookie of the Year?
• Week 10 fantasy running back rankings
• Wetzel: If this is it for Dez, he deserved better
• Twins’ Mauer retires after 15 seasons