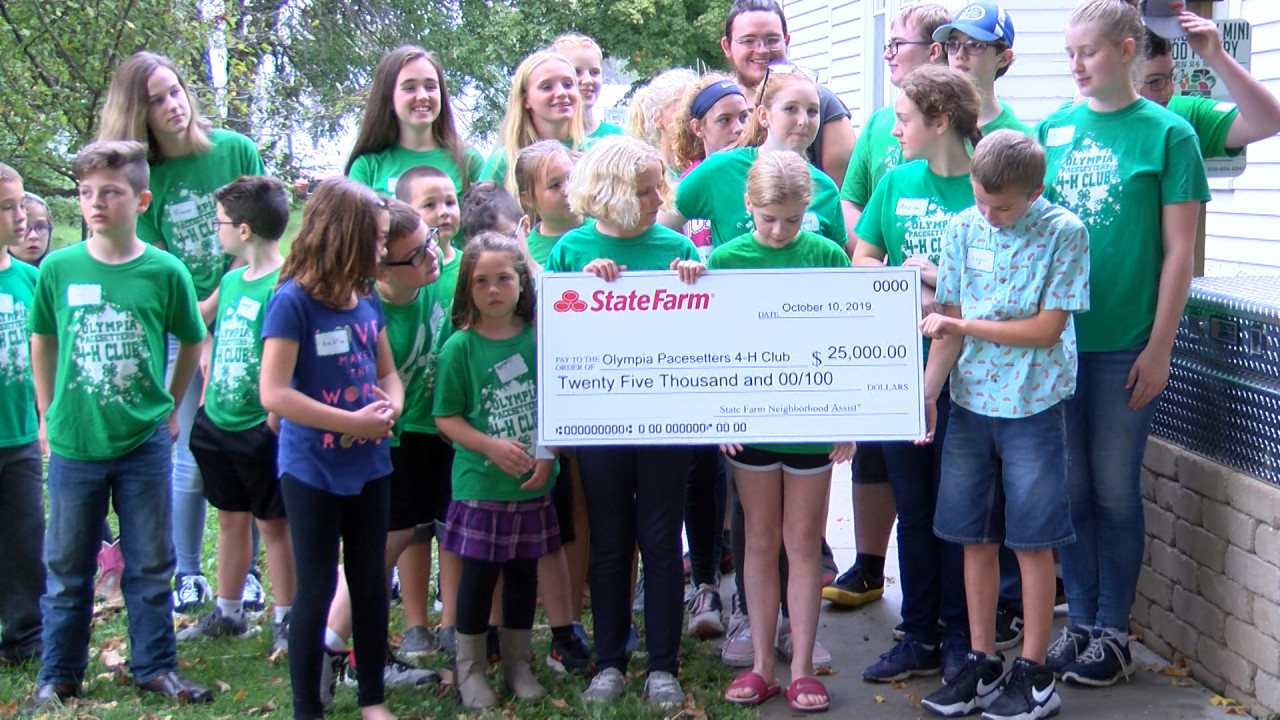 STANFORD Ill. – An Illinois nonprofit group is granted $25,000 to use for giving back to their community.

The Olympia Pacesetters 4-H Club, based in Stanford, is one of 40 nonprofits out of 21 states to receive the grant through the State Farm Neighborhood Assist program. Reace Erbe, one of the club’s members, said this is an amazing opportunity.

“We’re so excited because we’re going to be able to help so many people around the Olympia School District and in Stanford,” Erbe said.

State Farm Neighborhood Assist is a crowd-sourced philanthropic program that encourages communities to identify causes in their community. In August, 163,000 people across the country cast over 4.4 million in support of their favorite causes.

The Olympia Pacesetters 4-H Club serves the Olympia School District which covers 4 counties and a population of over 350,000. The group is also known for running a clothing exchange and the food pantry out of the Helping Hands Community Center.

They distribute food to those in the Allin Township once a month. However, last year they started an emergency mini food pantry to reach those who need it the most.

The group plans to use the grant to make a network of emergency mini food pantries across the Olympia school district, they currently only have the one

The meals include fresh produce from their community garden as well as protein and nutritious food from Midwest Food Bank, Olympia High School food drives and other donations.

The group said they believe the emergency food pantry networks will be able to help thousands dealing with hunger on a daily basis and they’re appreciative of all those who voted for them to win the grant.

“We can’t wait to get started with what we’ve been given and we’re very thankful,” Erbe said.

State Farm Neighborhood Assist is a crowd-sourced philanthropic program that encourages communities to identify causes in their community.

163,000 people across the country cast over 4.4 million in support of their favorite causes.