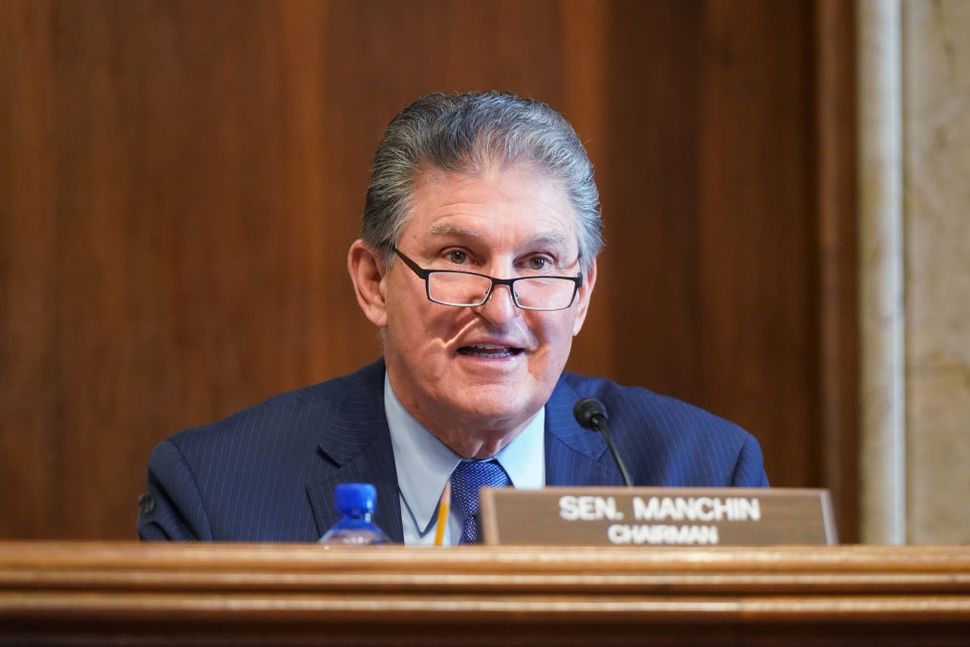 Democratic dreams of eliminating a major roadblock to passing their agenda – the filibuster – are likely to remain just that, with the party’s pivotal senator announcing in absolute terms Thursday that he would not vote to eliminate or weaken the parliamentary tool.

Sen. Joe Manchin, a moderate Democrat from deep-red West Virginia, said in an op-ed in The Washington Post that “there is no circumstance in which I will vote to eliminate or weaken the filibuster.

“The time has come to end these political games, and to usher a new era of bipartisanship where we find common ground on the major policy debates facing our nation,” Manchin wrote.

The Week in Cartoons: April 5-9

The statement halts any momentum to eliminating the filibuster, a process by which a single senator can stop a piece of legislation with endless debate – or, at least, the threat of endless debate – unless 60 senators vote to stop debate and hold a vote. The 60-vote threshold is required no matter how many senators are on the floor.

The majority party can use a procedure called “budget reconciliation” to pass legislation with a simple majority. President Joe Biden got his $1.9 trillion coronavirus relief bill enacted that way, and with the help of a recent Senate parliamentarian ruling, his $2.2 trillion infrastructure bill could be approved the same way. But the tactic cannot be used repeatedly, making the filibuster a potent tool for the minority Republicans.

Senators in both parties, as well as presidents, have been frustrated by what they call an abuse of the process, Once used only to stop major legislation, the filibuster in recent decades has become the norm, with almost any legislation needing a supermajority to pass.

But senior lawmakers and senators from small states have been reluctant to give it up, citing tradition and protecting the minority. Biden, who served in the Senate during an era of greater bipartisanship and negotiation, has opposed eliminating the filibuster but has indicated he is open to changing it – perhaps by forcing senators to actually keep talking to continue a filibuster instead of merely threatening to do so.

Sen. Dianne Feinstein, a California Democrat in her fifth term, also has opposed eliminating the filibuster but indicated recently she might back a softening of the rules. Further, her state director told the progressive groups Indivisible this week in San Francisco that Feinstein believes the Senate will find a way to go ahead with a sweeping voting rights bill with a simple majority vote, suggesting there would be a way around the current filibuster rules.

“The only thing that is unacceptable to him is inaction,”Bedingfield told CNN. “So he’s ready to work through the process.” There has been “a lot of conversation between not only Senator Manchin’s office and the White House but members all across the Hill,” Bedingfield said.

With an unusual power trifecta – controlling both chambers of Congress and the whote House – Democrats are eager to pass an ambitious agenda, especially since those congressional majorities are in grave danger of evaporating after the 2022 elections. But it is just that possibility of dramatic policy shifts that unnerves Manchin.

“Working legislation through regular order in the Senate prevents drastic swings in federal policymaking. Voting rights reforms, instituting health-care protections and changes to the federal tax code and business regulations take time to implement on the state and local levels,” Manhin wrote in his op-ed.

If pushing legislation through with simple majority votes becomes the norm, “a new and dangerous precedent will be set to pass sweeping, partisan legislation that changes the direction of our nation every time there is a change in political control,” Manching wrote. “The consequences will be profound – our nation may never see stable governing again.”

Filibusters were meant to protect the minority – especially small, rural states like Manchin’s. But critics say the tool has morphed from protecting the minority to establishing minority rule.

The very nature of the Senate protects small states, since each state gets two senators regardless of population. Democrats have frequently pointed out that, despite having half the Senate seats, Demcoratic senators represent a strong majority of voters.

Manchin is in a more awkward position, and one Democrats leaders must heed if they are to retain their functional majority. He is from one of just six states – West Virginia, Maine, Montana, Ohio, Pennsylvania and Wisconsn – where both senators caucus with different parties.

West Virginia is one of the reddest states in the nation – former President Donald Trump’s victories there in 2016 and 2020 were second in margin of victory only to Wisconsin – and if Manchin moves too far to the left, he risks losing his seat.

Manchin did take a shot at his GOP colleagues for opposing the Biden agenda en masse.

“Legislating was never supposed to be easy. It is hard work to address the needs of both rural and urban communities in a single piece of legislation, but it is the work we were elected to do,” Manchin wrote.

“Senate Democrats must avoid the temptation to abandon our Republican colleagues on important national issues. Republicans, however, have a responsibility to stop saying no, and participate in finding real compromise with Democrats.”