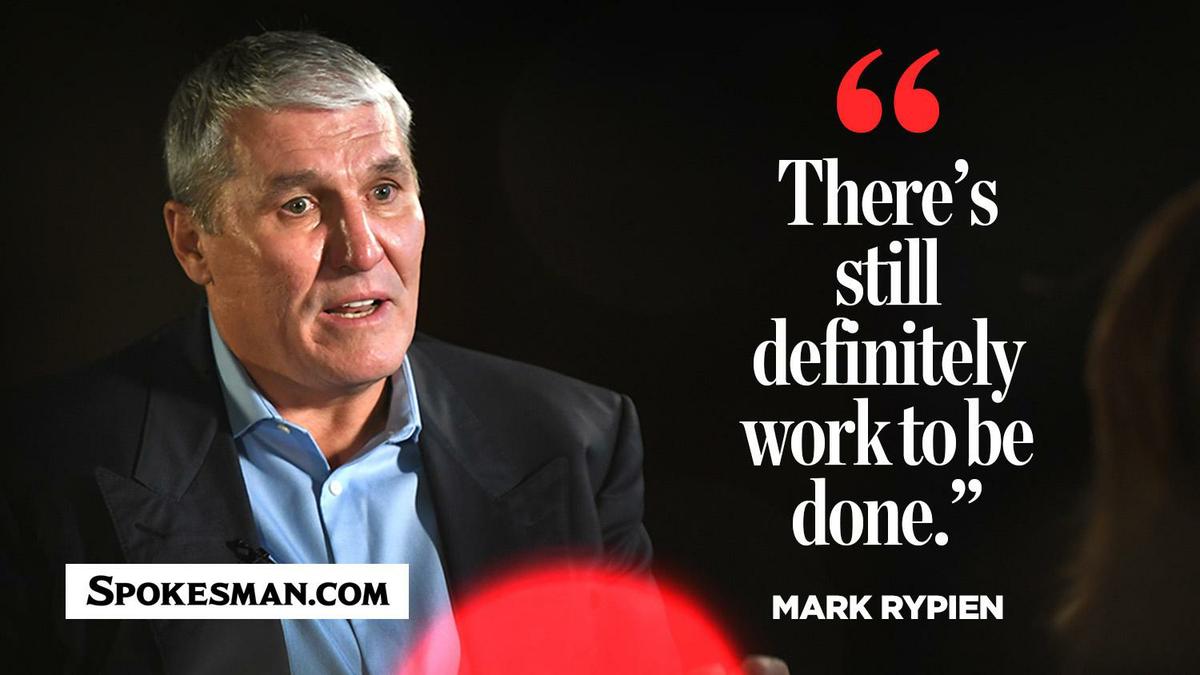 It’s Super Bowl week again, and friends and family of the late Mark Rypien think back to his greatest success, being named MVP of Super Bowl XXVI. But their grief is still a blunt and persistent thing, and unanswered questions linger about his tragic decision to take his own life. They keep asking: What was he thinking? How could he not see he had so much to live for?

That would be a prominent narrative this week had Rypien’s wife, Danielle, not come home in time to force him to vomit the lethal amount of pills and alcohol he had consumed. But she did come home. Mark Rypien was saved, and he says he’s now feeling much better – calmer and less depressed.

It’s been almost a year since Rypien went public with the details of his suicide attempt, and of the “complex stew” of mental-health issues that took him to “dark, dark places” – places where he felt rage and mood swings, places where he made “crazy mistakes and terrible decisions.”

At the time of those first interviews with KHQ-TV and The Spokesman-Review, Rypien spoke of his commitment to breaking the dangerous silences and the historic stigma attached to mental-health problems. He would be dedicated to finding answers to help himself, and to sharing those with other depressives vulnerable to falling into those same dark places from which he’d escaped.

His brain scans, he said, have shown “not a normal brain,” and the fear is that his symptoms are those of chronic traumatic encephalopathy (CTE) related to head trauma from his football career.

Rypien talked last weekend of this bonus period of life he’d been granted, what he has learned about himself and mental health, and the treatments available. He also delved beyond the medical, to the very personal lessons about the strength of family bonds and the blessing of forgiveness, and the healing power of repentance.

“I’m feeling much better,” Rypien said last weekend in a phone interview. Psychiatrist Elisabeth Jorandby, of the Amen Clinics in Washington D.C., “… has put me on some medications that have been helping me to live a quality of day-to-day life that has been very comfortable for me. The medication keeps me calm and less depressed.”

Rypien also has been treated with a series of 30 sessions of transcranial magnetic stimulation (TMS). “It maps the brain,” he said. “(It) finds the pathways of the brain that aren’t firing and they map that. I started that in August, and it was wonderful in helping me deal with the depressive state I was in. Along with the medication, those two have really leveled me out to where I feel more like myself, less anxiety (and) less depressed.”

He’s considering further promising treatments that include blood work and hyperbaric chambers. He’s fortunate, he said, to be able to employ “a village” of health-care professionals, and understands how recovery is a process. Every day.

The feedback – mostly text messages and calls – was more than Rypien could absorb at the time. He was so busy trying to get himself back to the surface after being submerged in depression that he couldn’t respond immediately to all the old teammates and others who offered support.

In the process of opening up, he had to learn how crucial it was to be totally honest, even if it made the listener uncomfortable.

“Guys were like, ‘Are you doing okay?’ and it makes you feel good they care,” Rypien said. “But you know how men are, our pride gets in the way. I was like ‘Sure, I’m doing awesome,’ but deep down inside you might be like, ‘No, my brain is about to blow up and I’m ready to check out.’ But you just can’t push it under the rug like that.”

Even if they didn’t fully understand the pathology, most imagined how much it must have taken for Rypien to come forward to address the stigma.

“One in five people in the United States are dealing with this on a daily basis, but we can’t sit down at a dinner table and talk about it,” he said. “That has to change.”

Just talking about it isn’t enough. “There has to be something we can do after that,” Rypien said. One thing: Rypien said he’s working with Brian Kasbar, co-founder of Gemiini Educational Systems (video modeling therapy for special-education students), to develop an application to address suicide prevention. The goal, he said, is to connect circles of friends of persons at risk so they can better monitor their state of mind.

Rypien’s cousin, Rick Rypien, a professional hockey player, dealt with chronic depression and committed suicide in 2011. Rypien said his cousin had completed a residential treatment program successfully, but when he checked out, he told some friends that he hated the place and had been faking his treatments.

“That would have been a trigger, if we had this app, for somebody to get all over that; it should have been 911 time,” Rypien said.

Representatives of the Department of Defense and the Veterans Administration are interested in the development of the application, Rypien said.

Rypien talks about pathways that have been blocked or perhaps misrouted in his brain. It can be true with the pathways in his life, too. The healing of relationships can sometimes be as difficult as treating the mental disorder.

“It’s not been easy,” Rypien conceded. “Danielle has been awesome, very supportive. My brothers and my family have been very forgiving. There’s people who can’t or haven’t been able to forgive, and I understand that. There are consequences for the things you do in your life, and there are people you hurt and you might never get their forgiveness. I’ve learned that.”

Rypien’s emotional KHQ interview in March 2018 revealed that some of the “dark places” in his life included a Nov. 17 domestic-abuse charge that was later dropped, with his mood swings and impulse-control problems explained as the result of medication. Also reported was his patronage of Spokane massage-spas that were shut down by police.

“My effort to fix my relationships has been through interaction, being around people and talking to them, bringing up the elephant in the room, and talking through it,” he said. “There’s still definitely work to be done, but I’m at a good place to do that.”

So few of those who reach the stage of terminal depression live to share their logic. As a suicide-attempt survivor, Rypien tried to help with an explanation, but is still confused by it.

“I took that step that you don’t come back from,” he said. “If it goes as you plan it, you’re leaving a lot of unanswered questions, and a lot of people picking up the pieces and not understanding.”

The house was quiet and he was calm. “Then a lot of my inner demons of dark times in my life started coming back, my guilt, my remorse were too much for me. I felt I couldn’t handle it, compounded by not at all understanding what was going on inside my head. These were all things I didn’t know how to deal with.”

He took enough pills and booze to kill him, but his wife found him on the floor and managed to get an emetic in him to save his life.

Rypien was the lead plaintiff in the suit against the NFL regarding potential damages of CTE. He hasn’t finished his medical evaluation for reparations. His ambivalence toward the game of football is now trending toward disapproval.

“I see so many brothers (teammates) fall all the time, I waver back and forth,” he said. Last week, he went to the services for J.D. Gibbs, the son of his Redskins coach, Joe Gibbs, who died of degenerative brain disease. He played football through college, and Rypien said the signs were those of CTE.

“Football is a game … put it in perspective to the men and women who serve our country – 22 of them are taking their lives every day,” Rypien said. “I’m starting to wonder if we even need football, a gladiator sport. Maybe there’s a way to do this, take some of the contact out of it. It wouldn’t be the same, but you’re going to save the quality of their lives later on.”

What would have happened if Rypien’s suicide attempt had been successful? What might have come of his Rypien Foundation, and Children’s Emergency Center it funds? Some 25,000 benefit from it each year. Rypien established it in 2004 to help families of children with cancer. Mark and his first wife, Annette, lost their 3-year-old son, Andrew, to brain cancer in 1998.

Maybe, in this past year, his message has reached persons at risk. And maybe the app he’s working to develop will become functional and effective.

In addition to the daily demands of getting better himself, this concern over reaching others is an ever-present focus. The prime message is for people to know that help is available, and there is no weakness in seeking it.

“Maybe this is a way to try to correct some of the things I’ve done wrong in my life,” he said. “Who knows, if it saves one life it’s worth it.”

His wife, Danielle, saved his. Now he’s trying to pass along the favor to as many as he possibly can.