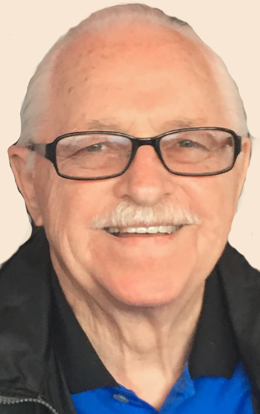 Michael was born in East Liverpool on April 24, 1938. He was a life member of Wellsville Elks Lodge #1040 but frequented the East Liverpool Elks as well. Michael started out at the D.M. Ogilvie Company as a window dresser. He soon became the face of the men’s department eventually becoming the general manager. He retired in April of 2000 with over 40 years of service. Michael was also well known for his skill as a wallpaper hanger a hobby he did as a secondary profession.

Michael was a man of few words who was a friend to all and loved by many. He was the kindest and most gentle person who always put his family first. He was an avid runner and a fan of all sports especially the Cleveland Browns.

Preceding Michael in death was his mother Dora Wilson.

In compliance with Ohio State regulations with concerns of the COVID-19 virus a private family service will be held at the Dawson Funeral Home. We encourage you to reach out to the family electronically at www.dawsonfuneralhome.com where condolences can be sent.

A celebration of Michael’s life will be scheduled at a later date so family and friends can share the many happy moments of his life.