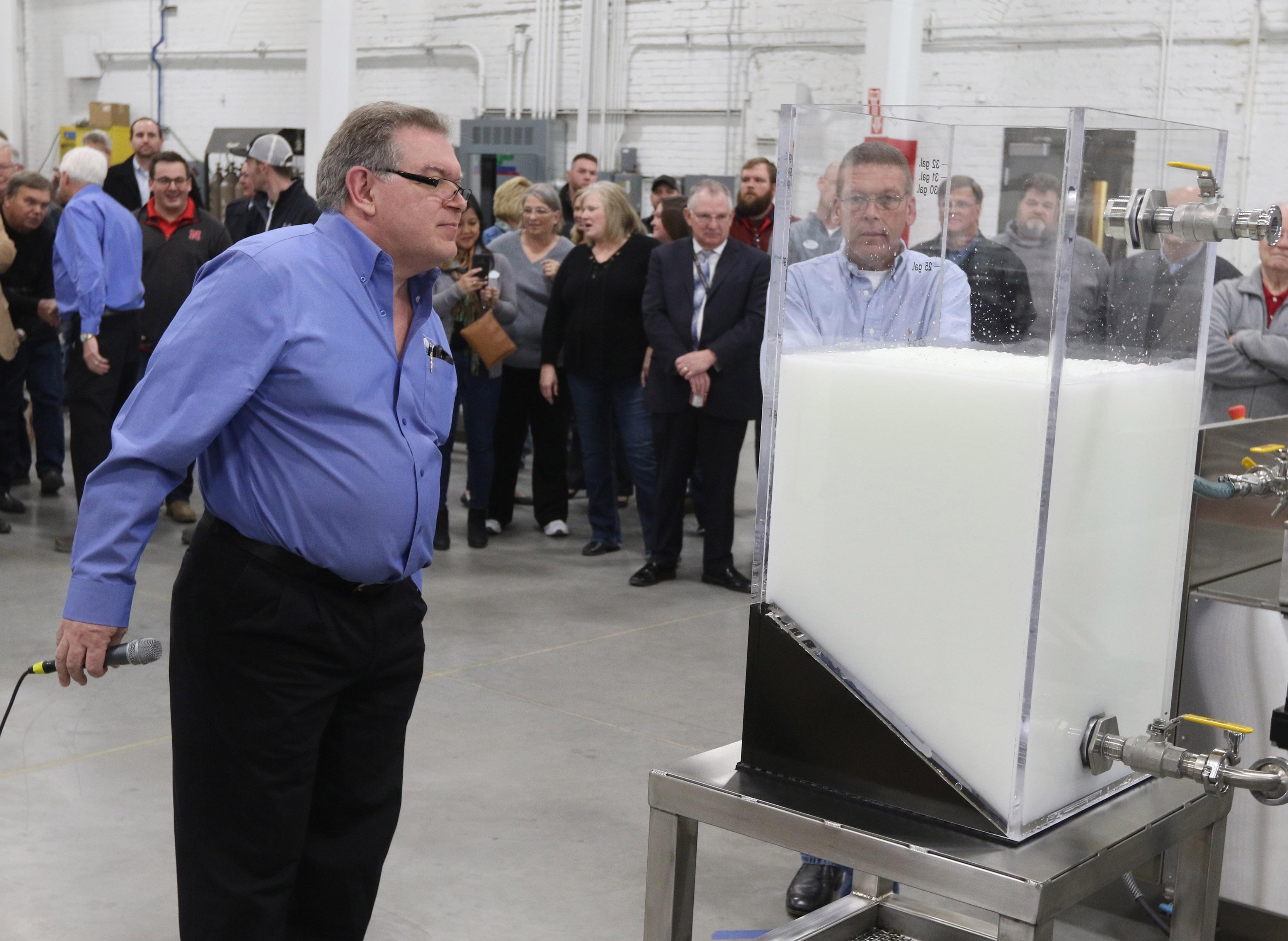 The Burlington company is testing the new water remediation program in the oil fields of West Texas.

In January, Burlington’s Frank Millard and Company, a plumbing, heating and sheet metal contractor and one of the community’s oldest continuingly operating businesses, entered into an agreement with a Canadian firm, Mitton Valve Technology.

That agreement, covering U.S. marketing, distribution and service for a revolutionary new water remediation technology, has now led Millard to initiate field testing of the process in the oil and gas hydraulic fracturing fields of West Texas.

An engineering and development team from Millard is conducting trials in the Odessa — Midland area on waste water produced during oil and extraction — a process known as “fracking.” These tests will help to determine if the remediation process, cavitation reactor technology, might afford an economical and scalable means of cleaning the contaminated by-product of drilling.

The tests are being conducted in conjunction with the University of Texas and center on the large amounts of water degraded during the oil extraction process. This degradation is a critical concern in an area where water resources are severely limited.

Fracking utilizes chemically treated water being forced into the ground where it frees up oil and gas trapped in the shale rock. The recovered oil is then separated from the injected water but that remaining water is now contaminated with chemicals and salts and cannot legally be returned to the ground.

It is estimated five gallons of water are expended for every gallon of oil extracted. Presently the oil industry is attempting to pump ancient water from area aquifers but in the high dry plains this source is rapidly being exhausted. Even more pressing is the need to hold the contaminated water until an economical method of cleaning the waste can be developed.

Scott Smith, Director of Business Development USA for Frank Millard, paints an apocalyptic picture of a drive through the Texas fracking fields. “As you drive, you are going over bridges that are over dry stream beds. There are no ponds or lakes and everywhere there are these large tanks, some as large as football fields. They are built with earth berms and lined with rubber and they are filled with this strange looking pink water. They are everywhere,” he said.

Millard workers are conducting field tests in Texas under demanding conditions. Test sites within 40 miles of the Mexican border operate under a shade tent where temperatures often reach 120 degrees.

Millard’s Project Director, Mark Dunne, echoes Smith’s assessment that a need for a workable decontamination process is vital. “Right now, many of the oil companies are buying water from local land owners who are happy to sell it for $1.85 for a 45-gallon barrel. But they are not giving a lot of thought to what they will do when all their water is gone.”

The remediation process the Millard engineers are focused on the fracking industry was discovered and developed by Mike Mitton of Brantford, Ontario. The Canadian inventor discovered during his work on racing-engine valves, that cavitation was producing microscopic voids that could remove unwanted materials from water.

Cavitation bubbles create a suctioning effect when they collapse. This, in turn, causes a shockwave in the fluid, producing a shearing force. This shearing force breaks down the emulsion and separates the contaminates.

Smith explained the potential applications for this process are extensive. Therefore, Millard has formed a new company with Mitton.

The ability to apply cavitation to industrial-scale fluid volumes using only a small amount of mechanical energy is key to the economical remediation process. At this point, each of the cavitation generators is of a bespoke design — especially tailored to the specific application. Costs of the cavitation equipment will vary widely due to capacity and treatment demanded but will range from $330,000 to in excess of a million for each unit.

Millard will assume responsibility in the U.S. of testing the waste water to be treated and for that work a laboratory has been established at the company’s Valley Street facility. Contaminated water samples will be brought to the lab and the composition identified.

This testing process and the associated field engineering — such as presently going forward in Texas — will initially bring 50 jobs to the community. However, the upside for future growth of the joint venture is significantly greater.

“Although the convection generators will continue to be manufactured in Canada, it is hoped that as the demand continues to grow a big share of that manufacturing would be moved to Burlington,” Smith said.

Millard and Mitton have already identified numerous applications for the technology that includes, but is not limited to: nutrient recovery from agriculture, food production wastewater and rapid deployment spill remediation.

“The potential applications for this process are very encouraging and although it is extremely difficult to estimate, the potential business in the Texas fracking industry could be $300 to $400 million, ” Smith said.

Dunne added the company’s decision to explore applications in the oil industry was prompted by the size of that potential market.

“This is where the low hanging fruit is,” Dunne said.