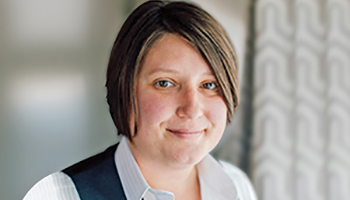 The majority of millennials find it more difficult to book with an online travel agency than to shop online for other products and services, according to a recent Travelport survey. The survey found that 59% of millennial respondents found OTAs harder to navigate than other online shopping.

That, coupled with some other findings — like that most travelers surveyed found complicated rules and terms and conditions around cancellations or changes frustrating — is good news for travel advisors.

“It’s an indication of the fact that, generally, you have a track of when complexity goes up in any purchase, the need for human intervention arises,” said Simon Ferguson, president and managing director of the Americas for Travelport.

Travel is no different, Ferguson said. The more complex the product, the more likely the purchaser wants to interact with a human prior to buying.

Take, for instance, cruising: Cruises are mostly still booked through advisors, because they are complex products, he said.

“Whenever we see the complexity go up, we see the need for human intervention coming in, and that means travel advisors are certainly getting involved,” Ferguson said.

He believes younger generations are finding it harder to book travel on OTAs compared to other online shopping experiences at least in part because they’re comparing it to purchases made on, for instance, Amazon.

Those are single, nonperishable goods. It’s not a complex purchase.

“Travel is a complex item, and it is just harder to display,” Ferguson said. “This is a challenge we have in our platform, displaying different types of rooms [and other differentiating factors].”

Ferguson posited that consumers, especially younger ones, are used to things like one-click ordering that just don’t exist in travel.

He also said he believes younger generations are generally more adventurous than the generations before them, preferring more complicated trips, also good news for advisors.

The survey did include one statistic that seems inconsistent with the experience of many travel agencies and their client base: Only 8% of baby boomers said they always turn to travel professionals for recommendations.

Ferguson pointed out that the survey asked consumers specifically if they always turn to travel professionals; boomers might be more likely to do the same things repeatedly and already have favorite providers they turn to. Time is also likely a factor in that particular statistic, he said: Retired people, many of whom are boomers, have more time on their hands to research travel themselves.

Regardless, though, Ferguson said the numbers indicate travel advisors should feel more confident about going after a younger clientele, because they’re interested in working with travel professionals. To do that, he suggested thinking about the people an agency employs and looking for a younger demographic. He also encouraged agencies to consider bringing on interns that might have a future in the industry.

“There is this perception a little bit that the younger generation, the ‘silent travelers,’ as they’re called, they don’t want to talk to anyone,” Ferguson said. “They just want to do everything on their phones. Well, clearly, it’s not true.”