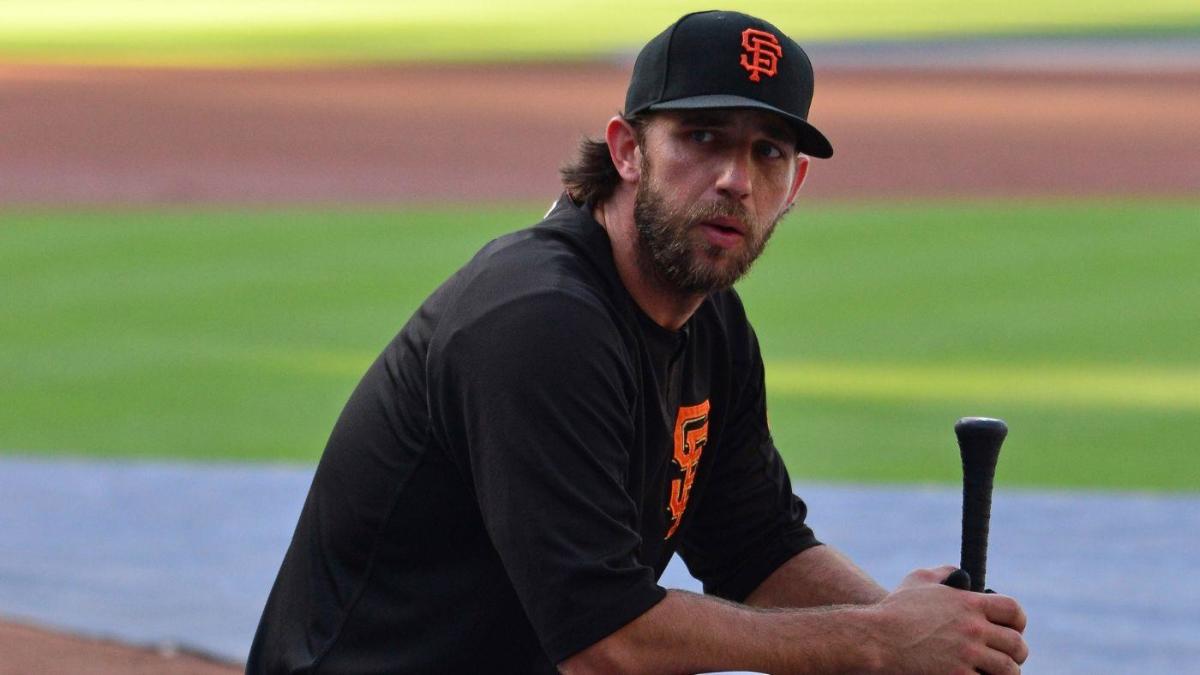 The 2019 trade deadline is set for 4 p.m. ET on Wednesday, July 31, which means we’re down to just a matter of hours. We’ve seen a Marcus Stroman blockbuster on Sunday and a monster, three-team deal with Trevor Bauer going to the Reds and Yasiel Puig heading to the Indians on Tuesday. Will more big names to move by Wednesday afternoon? Make sure you don’t miss anything with our trade tracker. You can also follow the latest news and rumors on CBS Sports HQ.

So with the trade deadline inching closer and closer, here’s a primer on the biggest storylines to watch before the clock strikes 4 p.m. ET on Wednesday.

Not so long ago, the Giants seemed like obvious deadline sellers. Ace Madison Bumgarner, who’s enjoyed enjoyed a velocity boost and improvement at the command-and-control level, seemed just as obvious of a trade piece — one that would net the Giants a nice return. While it’s probably in the best interests of the Giants to carry forward with that plan, their surge in the standings has complicated matters for first-year president of baseball operations Farhan Zaidi.

As recently as June 29, the Giants were 12 games under .500 and on pace for 93 losses. Then came an 18-5 July (thus far). Right now San Fran finds itself just 2 1/2 games off the second wild-card pace in the NL. They don’t project all that well going forward — the SportsLine Projection Model (@SportsLine on Twitter) gives them just north of a 10 percent chance of making the playoffs — but that’s not the primary consideration right now.

The Giants have a long-standing tradition of going for it, and Zaidi in his first year on the job hasn’t really had time to alter that culture. A trade of Bumgarner with playoff position in range would likely go over poorly with the fan base and even worse with the clubhouse. That prevailing reality is why the Giants are probably not going to trade Bumgarner by Wednesday. Instead, they’ll make him a qualifying offer this coming offseason, let him walk, and take the extra high draft pick as compensation. You may also see Zaidi tap into his abundance of left-handed relief as a compromise deadline approach.

The Mets of course recently acquired Stroman from the Blue Jays. They’re not exactly in contending position, even though that’s a contender’s move. Stroman’s still under team control through next season, so perhaps the Mets are giving themselves a lottery shot at this year’s playoffs while also looking to contend in 2020. Of course, such a plan would sensibly entail keeping Noah Syndergaard, but trade rumors have swirled about the flame-throwing right-hander. Speaking of which:

The Padres have been heavily linked to Syndergaard, and they certainly have the nearly-ready young talent to swing such a blockbuster. The Yankees have also been linked to Syndergaard, but, really, almost every team should be interested in a 26-year-old with ace upside who isn’t eligible for free agency until after the 2021 season. Thor still has elite velocity/stuff, and his low spin rates provide an opportunity to be coached up. If the Mets (unwisely) decide to move him, they’ll get a haul.

The Yankees may be targeting rotation help

The Yankees are one of the best teams in MLB this season, but the rotation should still be a deadline priority. Yankee starters have been battered in recent days, and CC Sabathia is back on the IL with those chronic right knee problems. Ace Luis Severino (shoulder) figures to return at some point — he’s set to throw from a mound soon — but he’s an unknown quantity for 2019. Given health concerns and recent ineffectiveness, the Yankees could use a rotation stabilizer. They reportedly had eyes for Stroman, but that obviously didn’t come to pass. Relatedly they’re reluctant to part with top prospect Deivi Garcia, which may lower the ceiling on the kind of pitcher they can acquire before the deadline. Whatever the case, consider the Yankees a team to watch.

The same goes for the Astros

The Astros, like the Yankees, are an excellent team with a need for starting pitching. The front end of Justin Verlander and Gerrit Cole is perhaps the best in the game, and Wade Miley has continued his renaissance this season in Houston. Beyond that, though, there’s uncertainty, typically in the form of young pitchers who have yet to develop as hoped. The Astros are of course World Series or bust this year, and you need four starting pitchers to get through the deeper playoff rounds. Even if they feel secure that the current roster can fend off the Athletics in the AL West, they need to be thinking longer. Be surprised if the Astros don’t land a worthy member of the rotation by the time the deadline arrives.

The Dodgers, Phillies, and Nationals need to improve their bullpens

Contenders are always spoiling for relief help leading up to the trade deadline, and the Dodgers, Phillies, and Nationals are this year’s most prominent examples of that phenomenon. Consider the relevant numbers:

While the Dodgers’ numbers don’t suggest desperation, they’re season won’t be a success unless they wind up hoisting the World Series trophy. Given the importance of relievers in the postseason, they’ll sure to add some help. Perhaps that help comes in the form of another starter, which will allow them to transfer one or more current starters to bullpen detail. Whatever the case, the Dodgers will improve the relief corps with an eye toward October. As for the Phillies and Nats, their needs are obvious and urgent.

Relievers who could be in the market include Edwin Diaz, Kirby Yates, Brad Hand, Felipe Vazquez, Ken Giles, Tony Watson, Mychal Givens, Will Smith, Archie Bradley, and Alex Colome. That’s of course not even close to an exhaustive list.

The Diamondbacks, Reds, and Rangers may be x-factors

Because of those two wild-card berths in each league, it’s more difficult than ever to determine the true contenders. The bar is often very low for playoff relevance, and that makes some teams less inclined to sell when wild-card contention is within spitting distance (see the Giants above).

Speaking of which, the Reds seem pretty likely to sell given their place in the standings and high number of pending free agents. In recent days, trade buzz has surrounded names like, Tanner Roark, Scooter Gennett, Raisel Iglesias, and Amir Garrett. In terms of runs scored and runs allowed, the Reds have been better than their record, but their playoff odds are just too long. Look for them to sell.

As for the Rangers, they positioned themselves as surprise contenders in the first half, but the playoff bar in the AL is higher than it is in the NL right now. At the moment, Texas is back at .500 and 6 1/2 games out of the second wild-card spot, and Joey Gallo is out with injury. That’s why they’re expected to pivot by Wednesday. Surprise ace Mike Minor is very likely to be moved and should get the Rangers a nice return. Outfielder Nomar Mazara also looks like a change-of-scenery candidate who could be dealt before the deadline. Names like Jose LeClerc and Danny Santana may also be moved.

The real unknown is Arizona. The D-Backs are hovering around the .500 mark, but they also have one of the NL’s best run differentials. They can make a case for hanging in the wild-card race, but GM Mike Hazen according to most reportage is inclined to trade off some vets. Robbie Ray could be one of the most coveted starting pitchers on the block, and Zack Greinke could also be shipped off. Will the D-Backs merely seek to unload his salary obligations or will they include cash so as to better their return package? That’s key from the Arizona standpoint. Those names are just a start:

If all that comes to pass, then no team will affect the stretch drive as much as the D-Backs will.

This year there’s only one deadline

In years past, we’ve always the August waiver period, in which trades could still be made so long as the players — with postseason eligibility still intact — passed through waivers first. That provided us with a number of compelling post-July 31, often involving big names on big contracts. Starting this season, however, there’s no August waiver period, and thus teams must make their trades by July 31 if they want the players they acquire to be eligible for postseason rosters. In other words, the July 31 deadline is the only game in town this season. That raises the stakes, or at least forces buyers and sellers to choose their lanes earlier.