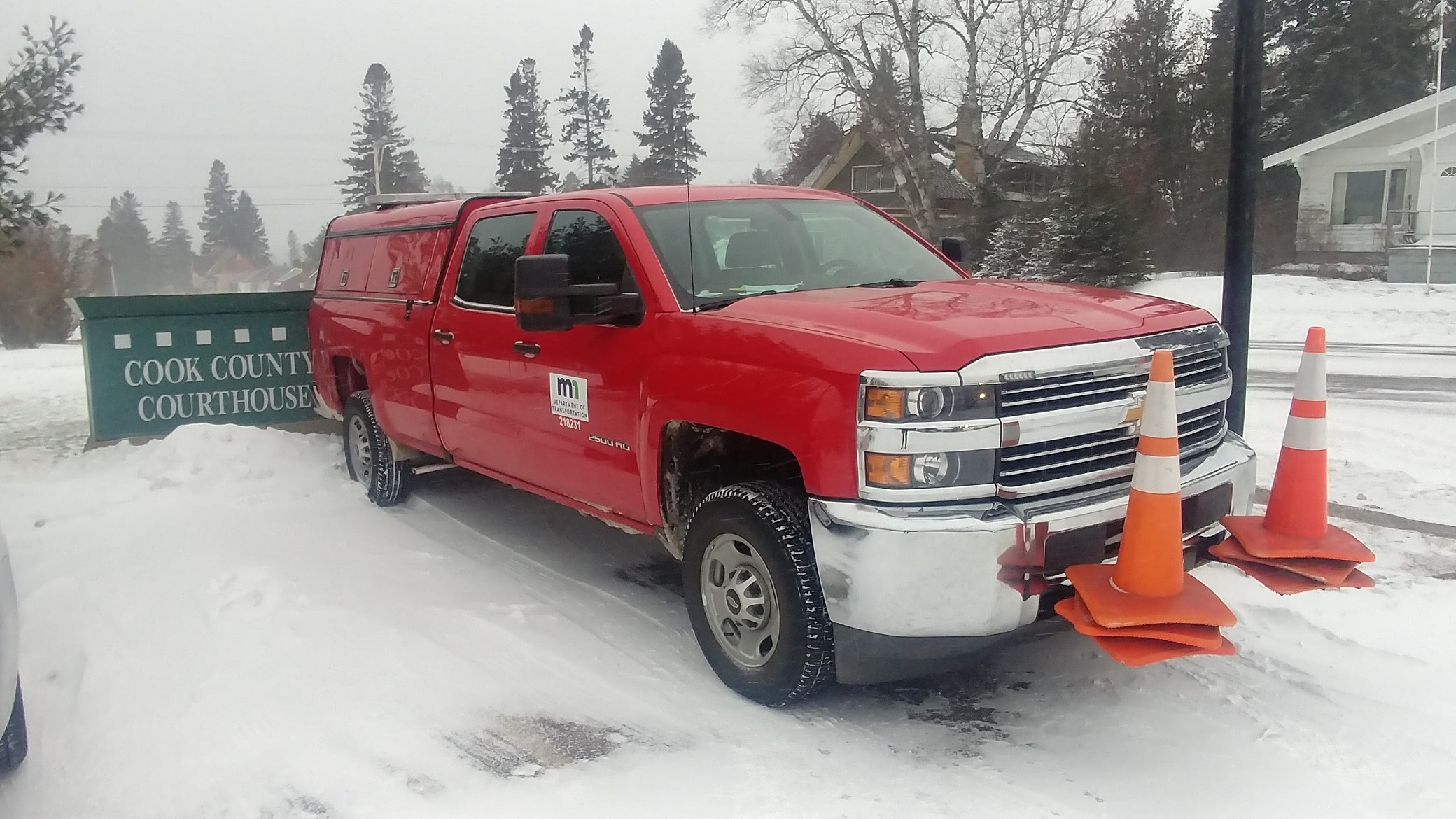 Attorneys for several local business owners and the Minnesota Department of Transportation were back in the Cook County courtroom before Judge Michael Cuzzo on January 8-9, debating the legality of MnDOT’s right-of-way acquisitions for the upcoming Highway 61 construction through Grand Marais.

Tyson Smith of Smith Law, representing Mike’s Holiday and South of the Border Café, argued that the petition for taking part of those properties by condemnation is “defective” because it does not sufficiently describe the lands it intends to condemn.

Smith described a fault in MnDOT’s survey. According to Smith’s legal brief, survey monuments, namely ¾-inch MnDOT iron pins, were not set in the Highway 61 boundaries as claimed.

The reason this is important, argues Smith, is that the setting of those survey monuments is what triggers the landowners’ challenge to MnDOT’s designation of road right-of-way. He writes that by failing to place the monuments and share that information with property owners, MnDOT did not fulfill its statutory obligation to give the location with certainty.

Although that is Smith’s key argument, he also brought forward other problems with the condemnation process.  He said MnDOT’s right-of-way acquisition proposal is based on the Village Plat, first recorded June 27, 1887 and updated in the 1930s, resulting in a “Final Certificate” on September 8, 1933. Attorney Smith sought the services of Minnesota Land Surveyor Bruce Chernak to review the historic surveys and Chernak’s findings were that the Village Plat includes numerous “vagaries and ambiguities.” For example, there are differing records of section and dividing lines.

In addition, Smith said the South of the Border Café land is a Torrens Title property and therefore not subject to eminent domain proceedings.

He also argued that the area that MnDOT is looking at is greater than allowed in historic documents, which describe the right-of-way as simply the roadway, not curb and gutter and other improvements.

Finally, Smith sought the court’s assistance in ensuring that his clients have access to their properties during the construction period. MnDOT claims the businesses will have ingress and egress at all times. Looking at preliminary construction documents, Smith and the businesses do not agree that will be the case.

Ultimately, Smith notes that because of the uncertainties brought forward, it is not possible to calculate property damages for his clients. Therefore, Smith asked the court to dismiss the petition for condemnation.

MnDOT Attorney Joseph Marek filed a brief in answer to the concerns raised by Smith. Marek disputes the importance of setting the survey markers, stating that the lands described coincide with ownership interests of record and that they can be “accurately and certainly located by any competent surveyor.”

Marek writes that MnDOT used the Public Land Survey (PLS) section corners and quarter corners, established in 1860, for the basis of its survey. Marek claims this is sufficient under State statute for MnDOT, whose work is covered under a “separate statutory scheme.”

Additionally, Marek argues that the survey is a moot point because MnDOT already owns the right-of-way under a different State statute that states: “When any road or portion of a road has been used and kept in repair and worked for at least six years continuously as a public highway by a road authority, it shall be deemed dedicated to the public to the width of actual use and be and remain until lawfully vacated a public highway.” Marek notes that the existing right-of-way has been in place since 1933.

Marek asked the court to consider the other Highway 61 landowners when making his decision.  Marek wrote that any change to the existing right-of-way plats at this point may “have substantial and detrimental effects of dozens, if not hundreds, of adjacent properties, including landowners who have already sold or transferred property to MnDOT.”

Judge Cuzzo will have to consider that while he reviews the written arguments submitted by MnDOT and the attorneys for the property owners. He has 90 days to reach a conclusion on the survey question.

In the meantime, an order allowing the taking of the other properties involved in the eminent domain process will likely be issued sometime this week.

Some of those properties are also represented by Smith. His clients include Blue Moose, My Sister’s Place, Bear Track Outfitters, and Gene’s Foods. Because those properties are outside of the Village Plat, the MnDOT surveys are not being disputed. However, Smith is assisting them through the condemnation process, hoping to obtain fair payment for the property acquisition.

MnDOT hopes to have title and possession of all properties in question by February 13.