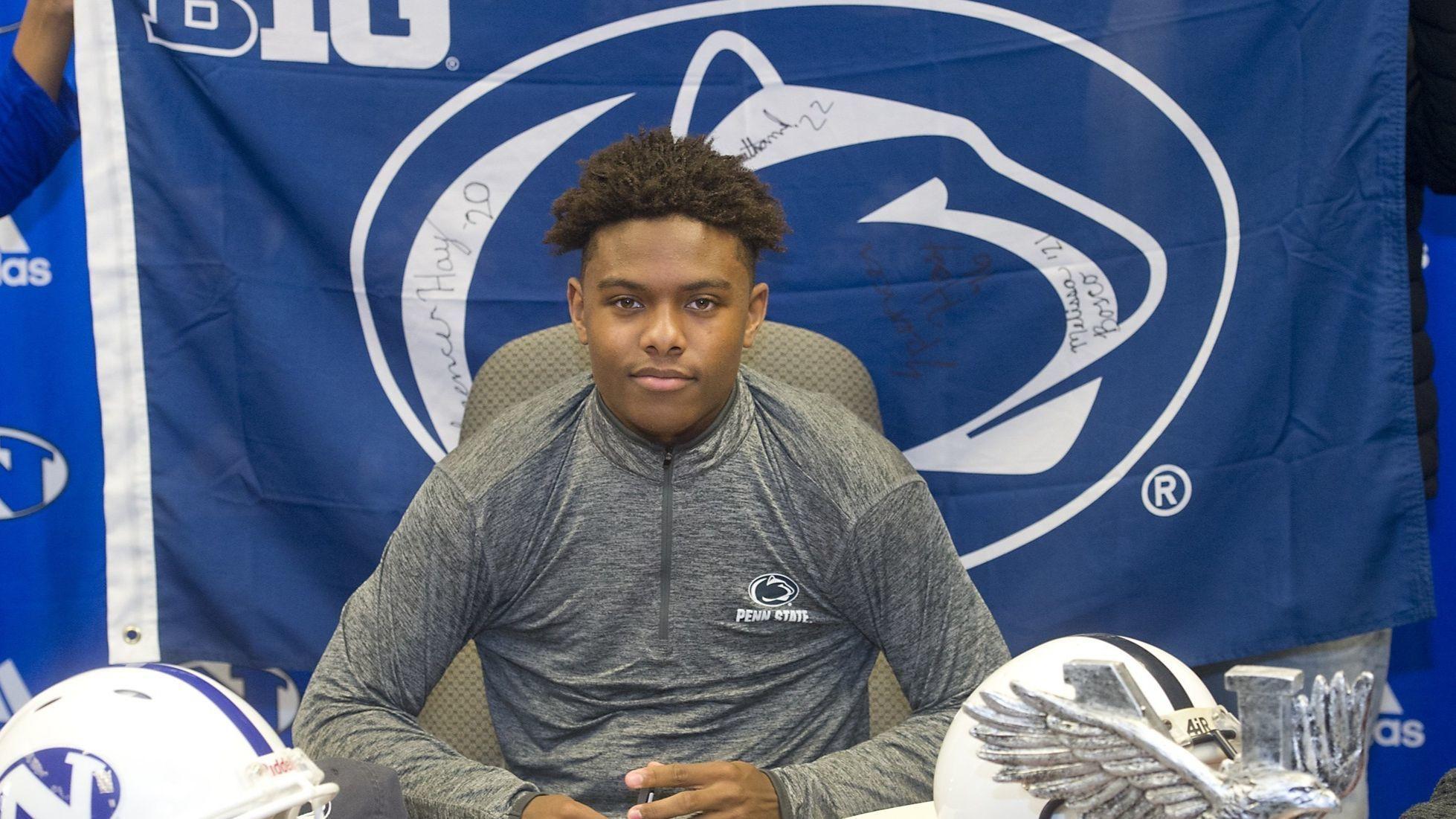 Penn State coach James Franklin has sung the praises of his freshmen so far, calling the group more aggressive and competitive than past classes. And one of those newcomers standing out during preseason camp is Nazareth High graduate Jahan Dotson.

Franklin said Wednesday that “there’s a lot of buzz” around the 5-11, 175-pound receiver, who arrived on campus in June. Dotson, a two-time all-state player at Nazareth, is among three receivers in Penn State’s 2018 recruiting class looking to making an early impact.

“The guy I think right now that there’s a lot of buzz in our program about is Jahan Dotson,” Franklin told reporters after practice in State College. “Very natural, fluid guy. The game comes easy to him. Nothing seems too big for him. He never gets rattled, has got consistent hands, everything is effortless for him.

More freshmen than usual could play this season, since the NCAA’s rule change allows them to participate in four games and still redshirt. On Wednesday, Franklin called the freshman class “really advanced,” citing the number of players who enrolled prior to the second summer academic session.

“Most times, these freshman classes have to come in and feel it out first,” Franklin said. “… Right now, a large percentage of them are competing at a high level. I’ve been very pleased with their mentality, their approach, their body types, their athleticism.”

MENET SETTLING IN AT CENTER

Redshirt sophomore Michal Menet appears on pace to take over the starting job at center, with returning starter Connor McGovern shifting back to guard. Offensive line coach Matt Limegover said he’s comfortable with the change, citing Menet’s athleticism at the position, and McGovern’s 2016 experience at guard.

On Wednesday, Franklin said he sees benefits to the switch as well, though McGovern is a preseason Rimington Award candidate and Menet is playing center for the first time.

“He’s really helping us by the way he plays center,” Franklin said. “Connor moving to guard plays to his strengths as well. Right now, we’re getting pretty comfortable with Menet at center and Connor at guard. That’s a nice little combination.”

• Redshirt junior Jonathan Holland has made strides at tight end, where the search for Mike Gesicki’s replacement continues. Holland played in 12 games last year, making three catches. Franklin said Holland has been the “most consistent” tight end of camp, particularly with his blocking.

• The Lions’ four freshmen kickers earned a mention from Franklin, who began preseason with questions about the position. Jake Pinegar, an Iowa native, is the team’s lone scholarship kicker. Three others (Rafael Checa, Vlad Hilling and Justin Tobin) are walk-ons.

• Linebacker Manny Bowen “looked really good,” as he works his way back into action. Franklin reinstated Bowen to the team before training camp. Bowen had been dismissed prior to the Fiesta Bowl for an undisclosed rules violation.

• Senior Nick Scott is the “alpha male” at safety, according to Franklin, with several players dueling for the other starting spot. Redshirt junior Garrett Taylor is the leading contender, though Franklin noted improvement by Jonathan Sutherland and Lamont Wade. A sophomore, Wade played cornerback last season.

Matt Millen, who will return to the broadcast booth for Big Ten Network this fall, talks Penn State football at the Big Ten media days.

Matt Millen, who will return to the broadcast booth for Big Ten Network this fall, talks Penn State football at the Big Ten media days.

Penn State coach James Franklin on how his experienced offensive line can make an impact this season.

Penn State coach James Franklin on how his experienced offensive line can make an impact this season.