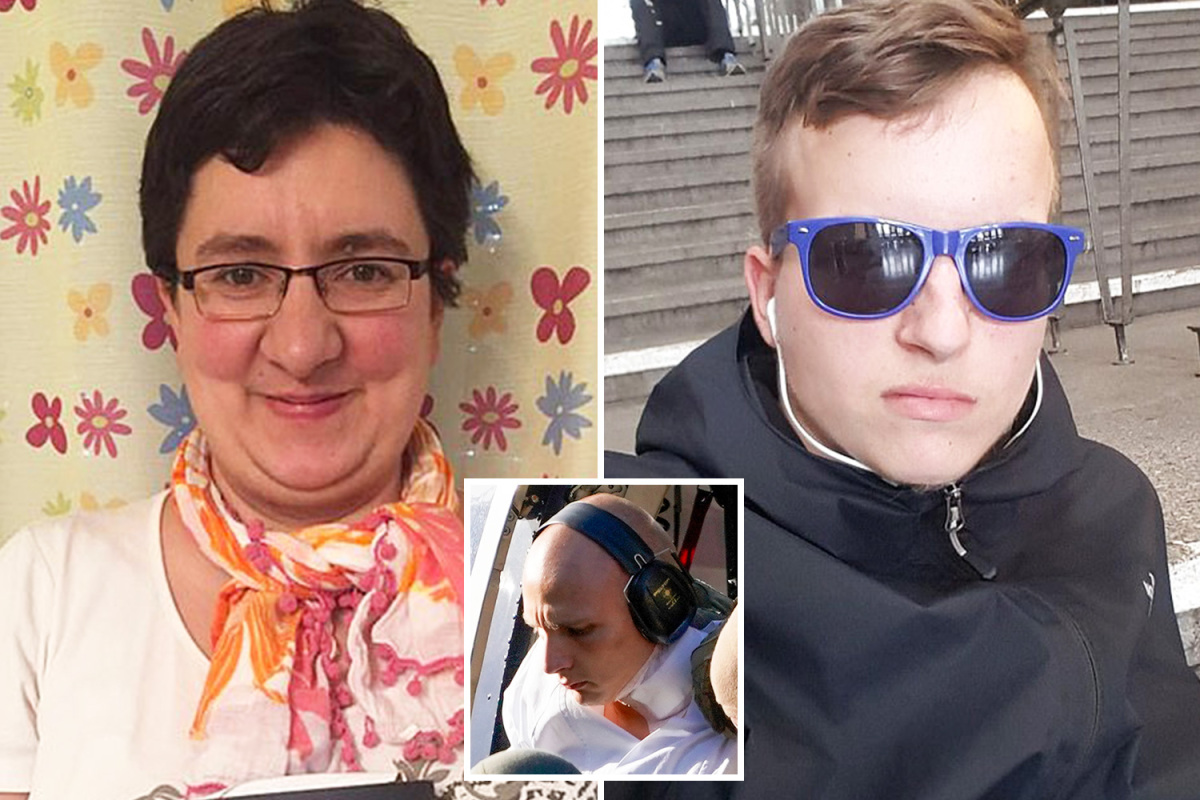 A MUSIC loving 40-year-old and a football fan aged 20 have been named as the two victims of the German synagogue shooter.

Jana Lange – described by friends as “warm and funny” – was shot dead by the neo-Nazi killer after he failed to force his way into the Halle synagogue in what prosecutors say was a terror attack.

The second victim, named as decorator Kevin S, was killed moments later after the shooter drove to a kebab shop.

The suspect in Wednesday’s shooting, named locally as Stephan Balliet, 27, was led into court led into court with a bandaged neck suffered in a gun battle with police.

German media have said tributes to Ms Lange describe her as a “warm and funny” woman who was unable to work for medical reasons.

She was on her way home when she encountered the gunman outside the Jüdische Gemeinde Halle synagogue and told him off saying: “Is that really necessary while I’m walking past here?”.

One her favourite artists, German singer and TV presenter Stefan Mross, wrote on Facebook “the rampage in Halle has taken our most loyal fan from us” and describing Lange as having a “zest for life.”

A friend told Stern that she had been in Leipzig with Jana just two days before the shooting to watch a TV recording, but that Jana had to hurry for a train afterwards and had never properly said goodbye.

The second victim, Kevin S had been working at a building site near where he was shot dead.

His father said he feared the worst when he heard nothing from his son after reports of the rampage began to emerge.

“All we know is that you were close to the construction site and lost your phone. Kevin, we love you over everything else,’ he wrote on Facebook as he waited anxiously for news.

His distraught mum, identified as 43-year-old Mandy S added: “He had his whole life ahead of him. I don’t know how my life is supposed to carry on.”

Kevin was a fan of third division team Hallescher FC who said he was part of the club’s “family” and offered condolences to his family.

“Our sympathies are with his relatives, friends and everyone who knew him. We wish them strength at this difficult time,” said the club.

Neo-Nazi Balliet was escorted off a helicopter in a white prison jumpsuit, handcuffs and shackles on his legs as special forces accompanied him to court to answer charges on yesterday’s killing spree.

The gunmanattempted to storm a synagogue in Halle where dozens were observing Judaism’s holiest day.

The shooter live-streamed his atrocities to Amazon Twitch, telling viewers he wanted to “kill as many Jews as possible”.

A 35 minute live-stream of the Yom Kippur rampage, which unfolded at midday on Wednesday, was uploaded to the video sharing platform where it remained for 30 minutes after the stream finished.

In the footage he was seen denying the holocaust and ranting about feminism and immigration before going on his killing spree.

Balliet was later arrested by police after trying to flee the scene in a taxi.

The attempted synagogue attack was also captured on a surveillance camera, said Max Privorotzki, leader of the local Jewish community.

Mr Privorotzki said there were 70 or 80 people inside at the time of the attack.

“The suspect, Stephan B., aimed to carry out a massacre in the synagogue in Halle.”

Frank said the weapons were “apparently homemade” and the explosives were in “numerous devices” found in the car.

He “wanted to create a worldwide effect” by emulating attackers such as the man who killed 51 people in mosques in Christchurch, New Zealand in March and by encouraging others to imitate his own actions in Halle, the prosecutor added.

Previously unknown to German authorities, he is being held on suspicion of two counts of murder, nine of attempted murder and other offenses, Frank said.

Heiko Maas, Germany’s minister for foreign affairs, led tributes last night, saying: “A shooting at Halle synagogue on Yom Kippur hits us all in the heart.”

German Chancellor Angela Merkel also attended a vigil for the victims in Berlin.

Amazon Twitch has faced criticism for not removing footage of the rampage more quickly.

More than 2,000 people viewed the hateful footage and it was shared to other platforms including Telegram and 4chan.

Last night there were calls for social media sites to take action to stop their platforms being used for violence.

Hans-Jakob Schindler of the Counter Extremism Project told the MailOnline: “Amazon is just as much to blame as Twitch for allowing this stream online.

“Online platforms need to step up and stop their services being used and in turn, parent companies need to hold them accountable.

“This tragic incident demonstrates one more time that a self-regulatory approach is not effective enough and sadly highlights the need for stronger regulation of the tech sector.”

A Twitch spokesman said: “We are shocked and saddened by the tragedy that took place in Germany today, and our deepest condolences go out to all those affected.

“Twitch has a zero-tolerance policy against hateful conduct, and any act of violence is taken extremely seriously.

TWITCH is a live streaming video platform owned by Amazon.

Founded in 2011, he site is primarily used by people showing off their video game skills but has increased in popularity over recent years.

More recently, other shows have also grown in popularity on the site including  live music, travel and cooking shows.

LURED TO HIS DEATH

Mum charged with murdering boy, 18, ‘who raped her 6-year-old daughter’

Aliens DO exist & we are not alone in universe, says Britain’s ex-top spook

“We worked with urgency to remove this content and will permanently suspend any accounts found to be posting or re-posting content of this abhorrent act.

“Once the video was removed, we shared the hash with an industry consortium to help prevent the proliferation of this content.

“We take this extremely seriously and are committed to working with industry peers, law enforcement, and any relevant parties to protect our community.”