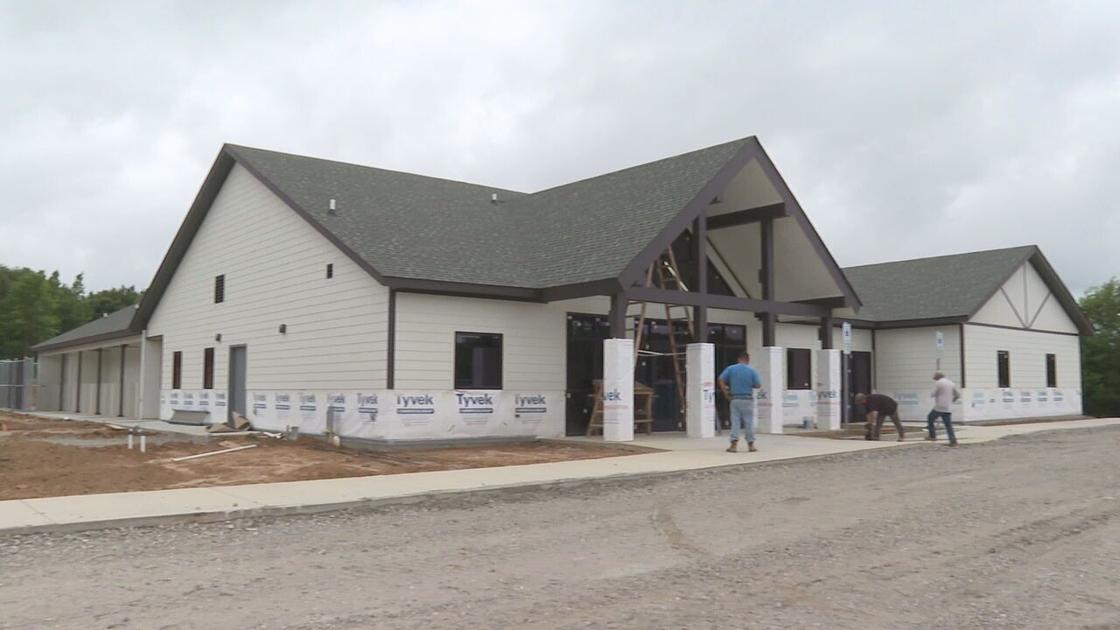 But on this construction site the general foreman is also the police chief, and this facility won’t hold hardened criminals. Instead, the furry occupants will be looking for a new home.

“We’ll have the medical room right here and then back here is where we’ll keep them,” said Police Chief Cliff Carruth as he walked around the new shelter.

The new Marshall Pet Adoption Center is going to the dogs, literally.

“Our current facility is one of the oldest in the entire state of Texas still in operation so we decided to get this one open. We had to get some fundraisers going on,” said Carruth.

The new adoption center is located just off East Travis Street in Marshall. The building is specifically designed to make the process of handling, cleaning and feeding the animals as easy as possible.

Each stall has it’s own exit outside and constant airflow from the fans above. For the chief, who also happens to be an animal lover, getting a new facility after 55 years was desperately needed.

“The main thing in my eyes is getting all of our public and private entities to get these puppies adopted,” Carruth said

One wide open room will be used to help people and their pets spend some time together before they head home.

“The goal of this building is to make sure the pets of Marshall are able to become adoptable through our city because we’re having to send them off to different shelters from the northeast to the southeast and other areas. We have to do that because we have so many that the current shelter can’t handle,” said Jasmine Rios, Marshall communication coordinator.

Last year, the contract to construct the new facility was awarded to architect Billy Ballow and Barry & Clay Construction and this is where the money came from to build it:

“It’s showing that here in Marshall we care about our pets here in our town. There’s a massive show of support also from the community on our past projects and I just want to thank those citizens who have come out and show their support to the get this project basically started and hopefully finished soon,” Rios said.

Barring any “paws” in the construction process, animals are expected to start moving into the new Marshall Pet Adoption Center before the end of summer.

City officials hope the community in and around the city will continue to stop in and find a new friend.