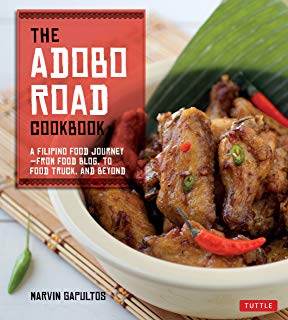 Nicole Ponseca moved to Manhattan in 1998 with $75 in her pocket and the dream of becoming a successful advertising executive. In time, she landed a job at a top agency. But once that jubilation wore off, an uncomfortable awareness set in. For all the diversity New York had to offer, Filipino representation was sorely lacking —in the ad campaigns she was helping create, and throughout the cosmopolitan dining scene all around her.

The daughter of first-generation immigrants, Ponseca grew up in a Filipino community in San Diego where she learned to love the pungent, sour, salty, sweet, “confidently funky” flavors of her heritage. That included tangy and garlicky chicken adobo, sugar cane vinegar-marinated beef skewers, and her dad’s specialty: kare kare, a comforting stew of oxtails, peanut butter and the fermented seafood paste bagoong. She began to ponder why, even though Filipinos are the second-largest Asian-American population in the U.S. after Chinese, its cuisine was virtually unknown outside homes and humble steam-table joints called turo-turos. Her quest to find answers led her to pursue a new dream: “to give Filipino food a seat at the culinary table.”

Over the next decade, she immersed herself in the restaurant business, made research trips to the Philippines, and connected with Miguel Trinidad, a Dominican chef who would become her business partner. Today they run Maharlika and Jeepney, two critically acclaimed new-school Filipino restaurants in New York credited with fueling a Filipino food movement that’s gotten a lot of buzz lately, though it has yet to reach Atlanta.

The restaurateurs’ new cookbook will likely nudge this trend along. Its forthright title comes from a passage from the anti-colonialist essay, “I Am a Filipino,” written in 1941 by the Pulitzer prize-winning journalist and diplomat General Carlos P. Romulo, and sets the tone for the chapters that follow. Each reveals the influences behind a particular aspect of the cuisine, from noodles and dumplings to fruity rum cocktails Filipino bartenders concocted during the California tiki era of the 1930s.

Most of the recipes call for ingredients you won’t find at the supermarket. Don’t let that deter you. All are explained in the Filipino Food 101 section, with suggestions for substitutions. My first effort, Piaparan Manok (Chicken Wing Stew with Ginger, Scallions, and Chiles), owes its bright, compelling flavors to a creamy, coconutty sauce punched up with fresh turmeric and a spice combination unlike anything I’d ever tasted. It was a breeze to make, and I’m ready for the next lesson.

Vividly written and photographed, “I Am A Filipino and This Is How We Cook” is more than a cookbook. It’s a passageway into a misunderstood cuisine as complex as its country’s turbulent history, whose time in the spotlight has finally come.

Susan Puckett is a cookbook author and former food editor for The Atlanta Journal-Constitution. Follow her at susanpuckett.com.