New Jersey Devils Goalie Situation About To Get Interesting In 2019 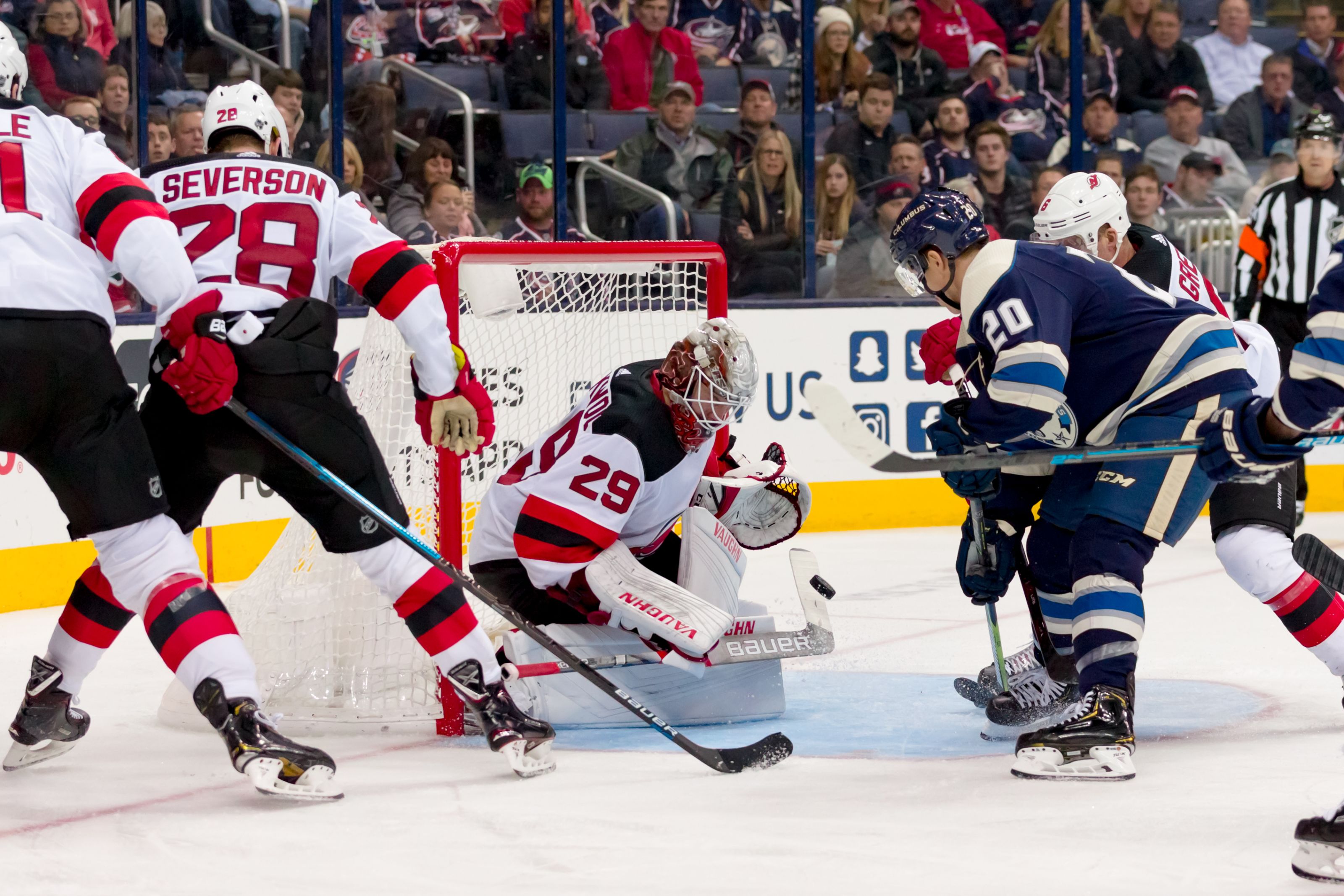 Just as the New Jersey Devils season looked like it a waste, a rookie came up and surprised everyone. His name is Mackenzie Blackwood, and he just won two straight games.

Going back to the beginning of the season where the Devils had an amazing start, it was the goalie who was a driving force of the team. That goalie was Keith Kinkaid, who is still very good but he cannot do it all alone. Looking into the new year, the Devils goalie is going to have to start carrying the team.

The current state of the defense is not looking that great. This, despite a nice winning streak headed into the New Year’s Eve game against the Vancouver Canucks.

What is the Devils’ plan for 2019 going forward? It really could be anyones guess. Do they tank and get the next superstar, or play hard and pickup a defenseman by the deadline? I don’t know or have Ray Shero’s phone number, so anything can happen.

More from Pucks and Pitchforks

January will be a huge month to see what direction the team is headed. How they handle the goalie situation will also be important. Kinkaid is an excellent goalie, but he also can get distracted easily and that could lead to trouble. It also has not helped that the defense does not have a big body blocking him.

For the new guy Blackwood, it has only been a few games. However he has played great and looked like an up and coming star.

All fans know not to name anyone a huge star after a week. Blackwood will have to keep up his excellent playing with a rough road ahead. With the Devils at the bottom of the standings and a tough metro division. Things will have to start picking up fast. If the playoffs are in the eyes of this young team. Then they will either have a big trade deadline day or a big offseason. Remember fans, we’re still in a rebulid.

Want your voice heard? Join the Pucks And Pitchforks team!