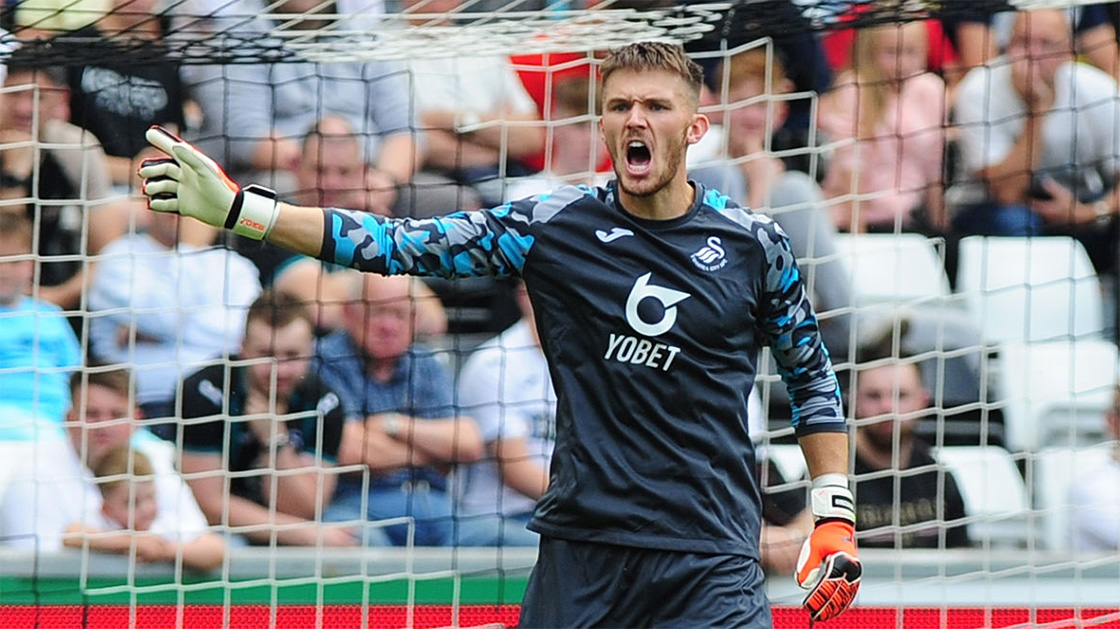 It is fair to say that the Newcastle players out on loan this season aren’t generally producing many positives.

Dan Barlaser is doing well in League One with Rotherham but Sorensen was recalled early due to not getting chances at Carlisle, Jacob Murphy has spent most of the season sitting on Sheffield Wednesday’s bench, Rolando Aarons only managed five League One starts at Wycombe in his half season loan, whilst Achraf Lazaar has only made two league starts so far in the Italian second tier.

There is one shining star though, step forward Freddie Woodman.

The 22 year old has played every second so far of Swansea’s Championship season, starting and finishing all 27 league matches so far.

Even better, Freddie Woodman has been in superb form, so much so that in a third of those 27 games he has kept nine clean sheets.

This weekend saw a third Championship clean sheet in a row against derby rivals Cardiff, indeed it makes it four clean sheets in the last five.

That goalless draw against Cardiff and Woodman’s ongoing form, has helped Swansea back up to seventh, only kept out of the play-off places on goal difference.

It all points to an intriguing situation developing this summer at St James Park where goalkeepers are concerned.

Both Rob Elliot and Karl Darlow see their contracts set to end in June and whilst clearly Elliot will leave, it is bizarre there has been zero attempt from Newcastle to extend his deal, even if only to ensure a transfer fee.

However, that sums up the situation overall with contracts, despite Steve Bruce having said repeatedly these past five months that a host of players are set to agree new deals, only Martin Dubravka has agreed a new deal in the past year. As things stand, 16 of the 26 current Newcastle first team squad see their contracts end either in June this year, or June 2021.

As well as that current NUFC squad, Freddie Woodman is yet another who sees his current Newcastle deal end in 17 months time.

It looks very likely that the number two spot will be wide open for Freddie Woodman for next season at Newcastle behind Dubravka but after playing every week at a decent standard in the Championship, would Woodman be happy to settle for waiting for his chance?

As well as being an excellent keeper, Dubravka is so reliable in terms of fitness, having played every single one of the last 72 Premier League games once making his debut.

You would imagine there’d be plenty of clubs interested in Freddie Woodman this summer and of course the most intriguing would be if Swansea did get promoted through the play-offs. You’d think it a no-brainer for them to go all out to try and hold on to the goalkeeper that played such a big part in promotion and they would of course have the Premier League funds to make a sizeable bid.

For now though, it is just great to see at least one young Newcastle player in outstanding form who could realistically be a star of the NUFC first team in seasons to come.

Freddie Woodman after the latest clean sheet against Cardiff:

“Personally, it’s great to get another clean sheet; that’s three on the spin now.

“That’s always nice as a goalkeeper and a defensive unit.

“I think there’s too much focus on the goalkeeper when it comes to clean sheets; it’s down to the whole team.

“The lads are constantly putting their bodies on the line and it always helps me as a goalkeeper.

“I thought the two centre-halves were magnificent. They’re young lads but won every header and battled right to the end.

“They deserve a massive shout-out.”