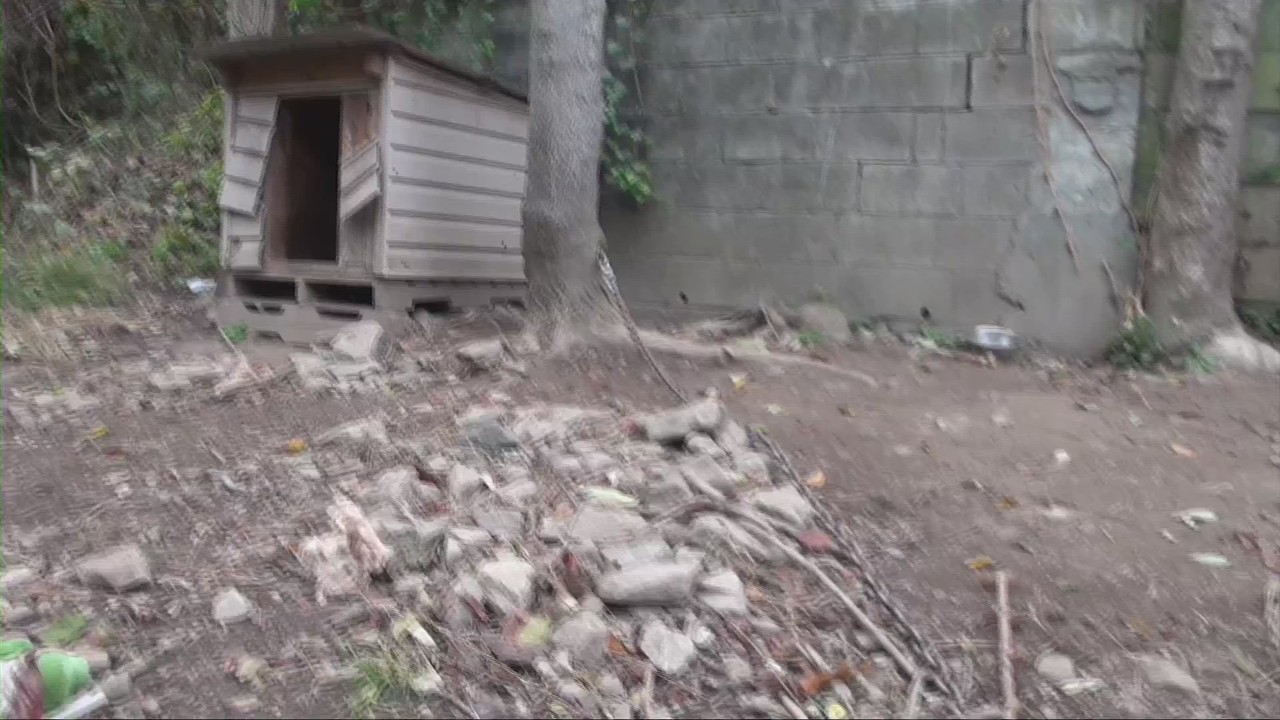 LOGAN, WV (WOWK) – Annitta Baisen lives next door to the home where nine animals were found living in deplorable conditions on Wednesday, October 31.  She said,  “We go to church and come back home.  The cops were here.  We came to realize the dogs had been eating each other.”

The home lies along Walnut Street.

On Wednesday, several were seized by animal control in the county, and the two suspects who police said is responsible for the neglect were arrested and charged with felony animal cruelty.

Charles Rosati, 35, and Virginia Miller, 33, both of Logan, were transported to South Western Regional Jail following their arraignments.

While we were there, we found several animals still inside.  Their landlord said that the two were renting the home.

Baisden said they are “demonic kind of people.”

Their landlords, who did not want to be on camera, told police that Rosati and Miller had not been to the home since October 18th.

They let us inside.  What we found in the home was extremely disturbing.

Half of a pit bull mix was lying dead on the floor.  Court documents state other dogs in the home had eaten it.  A mutilated rabbit was lying along the sidewalk.  A child’s coat was on the floor surrounded by feces.

We found live mice, a fish, and another live another rabbit.  We could hear another dog inside, but could not find it.

Baisden said she and her boyfriend were feeding the dogs for several days, but the suspects in the case said they were handling it.  Something they soon realized was a lie, she said.

Their barks let them know that something wasn’t right.  At first, she said, “It seemed like a regular bark, you know?  It was a steady bark.  Then it was slow moaning.  Then they straight sounded like a chicken.  I asked my brother, ‘Do they have chickens now?’  That’s when we realized no one had been there for a couple of days.”

Baisden said her boyfriend went to check on the conditions of the dogs within the last couple of days.  “He comes in with tears in his eyes and says, ‘They haven’t been eating'”.

The landlord said they called the police.  They found no food, no water, urine and feces everywhere.  Conditions in which no human or animal should be living.

Stay with 13 News as we update this developing story.

You can see more, uncensored photos from inside of the home below.

WARNING- they are extremely disturbing.