“No one believes him”, “Conman” – Many SAFC fans react to Donald’s “interesting” takeover … 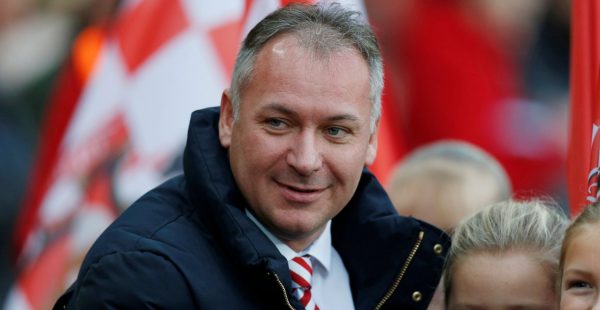 Sunderland have been up for sale since the beginning of January but it appears the club may be nearing a change in hands following a recent update from Stewart Donald.

The owner stated previously that he was hoping to have the ownership situation sorted out quickly, but with multiple parties rumoured to be interested it could take some time before the club is sold.

Stewart Donald says there has been “huge” interest in #safc, and that “a number of parties” are engaged in due diligence. We’ll discuss on #totalsport tonight.

Despite the positive news, Sunderland fans are choosing to be pessimistic, as a number have grown impatient with Donald’s broken promises and believe this is another untruth.

Do you want Stewart Donald to sell up?

As a result, they probably won’t be getting their hopes up regarding a takeover until a sale is offcially announced, with one fan pointing out that such a time will likely be delayed until the end of the season.

Stuart Donald has said a lot of things since he arrived tbh. We are still in League 1 and he has used everybody elses money but his.

No one believes him anymore https://t.co/xQ4ICXsYj3

The fact Donald has suggested his asking price for the club will change depending on whether the team is promoted this season shows that supporter may be accurate in his assessment.

While the owner is sharing information it is still very vague currently, with none of the parties that are supposedly interested being made public, though the fact they are undergoing due diligence is an update of sorts.

One fan seems to be encouraged by the news but a rather more cynical viewpoint has also been expressed, one that suggests Donald is looking to drum up excitement for season ticket renewal by announcing this news, given it was the fans who had called for him to go in the first place.

must be season ticket renewal time
conman and has been found

In other news, Sunderland fans have been reacting to injury news that could impact the team’s ambitions this season.