On Politics: Paul Manafort Is Said to Be Near a Plea Deal 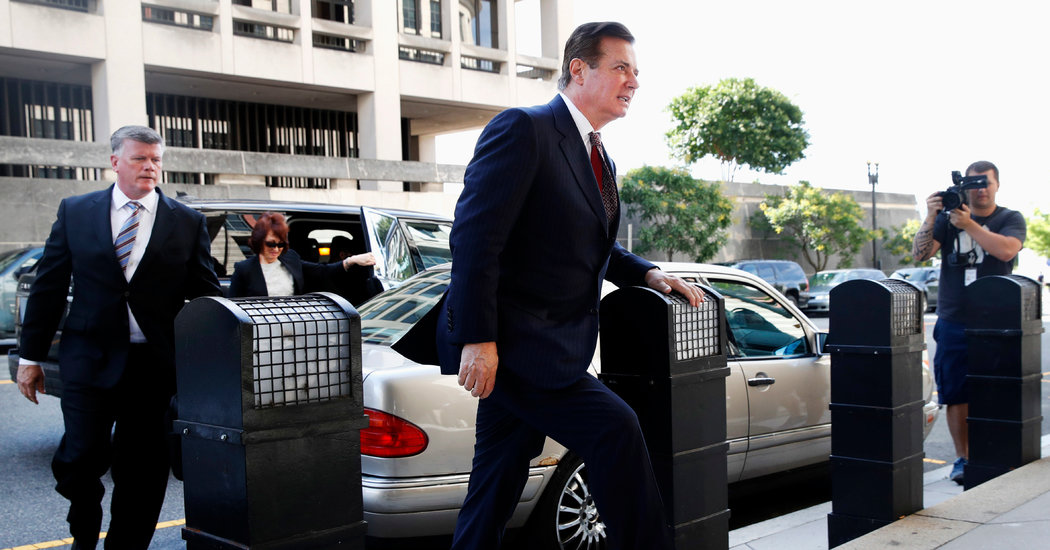 Good Friday morning. Here are some of the stories making news in Washington and politics today:

• Mr. Trump denied that nearly 3,000 people had died in Hurricane Maria, claiming that Democrats had made up the number to make him look bad. [Read the story]

• Safiya Wazir, 27, who fled the Taliban in Afghanistan with her family in 1997, won an upset victory in a Democratic primary for New Hampshire state representative. [Read the story]

• Brock Long, the FEMA chief, has been forced to divert attention amid Hurricane Florence preparations to personal damage control over an investigation into his possible misuse of agency vehicles. [Read the story]

• The National Labor Relations Board is set to publish a proposed rule redefining a company’s responsibility for workers engaged at arm’s length, such as those hired by contractors or franchisees. [Read the story]

• Economists say relatively modest gains over the last few years are endangered by the Trump administration’s policies and are vulnerable to a downturn. [Read the story]

• Companies and business groups are mounting a last-ditch effort to convince Mr. Trump that his trade policies are hurting his base. [Read the story]

Today’s On Politics briefing was compiled by Emily Baumgaertner in Washington.

Check back later for On Politics With Lisa Lerer, a nightly newsletter exploring the people, issues and ideas reshaping the political world.

Is there anything you think we’re missing? Anything you want to see more of? We’d love to hear from you. Email us at onpolitics@nytimes.com.