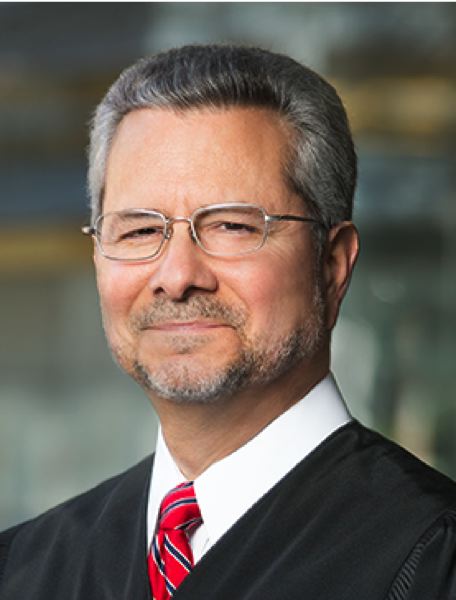 Awarding it to Acosta is ironic, however, because the Oregon Department of Justice under current Attorney General Ellen Roseblum is fighting to overturn Acosta’s most high-profile ruling — the reversal of the murder conviction of Frank Gable for the 1989 killing of Oregon Corrections Director Michael Francke. The case is now before the 9th U.S. Circuit Court of Appeals.

The award has been given annually since 2002 by the University of Oregon Law School Alumni Association to recognize “a graduate, faculty member, or friend of Oregon Law whose public service brings honor to the school.”

After serving as attorney general, Frohnmayer was dean of the law school and then the university’s president. Acosta graduated from the school in 1982.

The campaign to support Metro’s homeless services measure could gear up soon.

The Metro Council was expected to refer the $250 million a year measure to the May 19 primary election ballot on Tuesday, after this issue of the Portland Tribune already had gone to press.

But the Portland-based political consulting firm Strategies 360 was keeping the local media up to date on its progress before the vote. So don’t be surprised if a well-funded HereTogether political action committee is filed shortly after the ballot title is filed this Friday, Feb. 28.

In the meantime, no formal opposition to the measure has been announced yet, although activist economist Joe Cortright has questioned its per capita distribution formula on his well-read City Observatory blog.

After tormenting Portland officials for years, attorney John DiLorenzo has turned his attention to Metro, the country’s only elected regional governemnt.

Acting on behalf of different clients, DiLorenzo has successfully sued Portland over the years for such things as unauthorized utility fund spending and unconstitutional requirements on owners of unreinforced masonry buildings.

DiLorenzo and his clients have not forgotten about Portland, however. They are still considering whether the city is misspending sewer funds on the Portland Harbor Superfund cleanup.

You count on us to stay informed and we depend on you to fund our efforts. Quality local journalism takes time and money. Please support us to protect the future of community journalism.