Politics and the pope’s decree 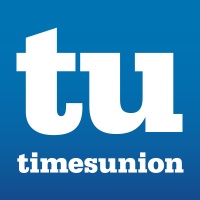 Pope Francis’ decree that the death penalty is “inadmissible” in all cases could pose a dilemma for Roman Catholic politicians and judges in the United States who are faced with whether to strictly follow the tenets of their faith or the rule of law.

“Judges may have to recuse themselves from many cases, if they truly think it’s in conflict with their conscience,” said the Rev. Peter Clark, director of the Institute of Clinical Bioethics at St. Joseph’s University in Philadelphia.

As with abortion, many Catholic political leaders and judges have been grappling with the death penalty for some time.

Previous church teachings said capital punishment was allowed in some cases if it was the “only possible way of effectively defending human lives against the unjust aggressor.”

On Thursday the Vatican said Francis changed church teaching to say capital punishment can never be sanctioned because it constitutes an “attack” on human dignity.

Thirty-one states allow the death penalty, including Nebraska, which is scheduled to carry out an execution on Tuesday. Gov. Pete Ricketts, a Republican and Catholic, said the pope’s decree doesn’t change his stance.

“While I respect the Pope’s perspective, capital punishment remains the will of the people and the law of the State of Nebraska,” Ricketts said in a statement.

The church’s new teaching will likely feature prominently in the confirmation process for Supreme Court nominee Brett Kavanaugh, who, if confirmed, would bring the total number of Catholics on the bench to five.

Louisiana Attorney General Jeff Landry, a Catholic and a Republican, said his support for the death penalty hasn’t wavered. He criticized the Pope, saying he has a “socialist bent” and his statement doesn’t change church doctrine.

“He wants to comment on the United States’ judicial system, a system that is by far the best, while ignoring the problems of all the other judicial systems around the world,” Landry said.