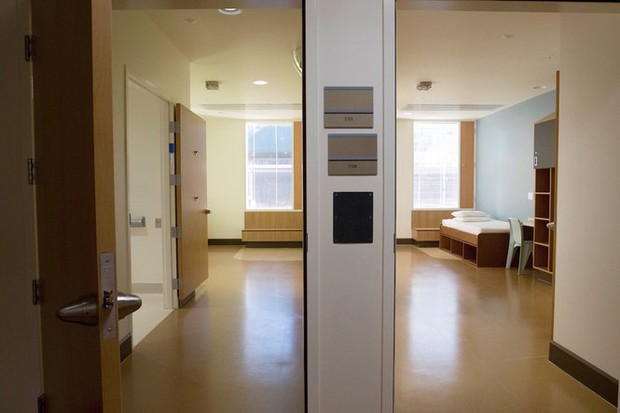 Portland’s main psychiatric center is in the clear from federal and state scrutiny as of this week.

The U.S. Centers for Medicare and Medicaid Services notified Unity Center for Behavioral Health on Wednesday night that it had made all the necessary improvements after nearly a year of oversight for severe and persistent safety problems.

The Oregon Health Authority, on behalf of the federal government, had issued two damning reports with findings that included at least two preventable patient deaths and patient-on-patient sexual assaults. Other issues included patients harming themselves and escaping the center.

One patient died from suicide and the other died after medical orders were delayed, the reports said. Both were preventable with better monitoring and documentation, according to investigators.

Unity had been on track to lose its federal certification that allows its operator, Legacy Health, to receive reimbursements from Medicare and Medicaid. Oregon Health Authority officials gave Legacy an extra seven weeks to make improvements when it appeared Unity wouldn’t meet a Sept. 11 deadline.

On Nov. 1, the day after the second deadline, Oregon Health Authority issued a recommendation that Unity be cleared of its investigation.

Both state investigators and the Joint Commission, which accredits hospitals nationally, visited Unity in October and signed off on all of Unity’s changes, including better security surveillance, enhanced safety protocols, better tracking of medication and hiring more staff.

Still, Oregon Bureau of Labor and Industry complaints and lawsuits remain from staff members who said they were mistreated for reporting problems.

Unity opened in early 2017 in Northeast Portland as the city’s response to consolidate psychiatric care for people experiencing mental health crises. The center, funded by Legacy Health, Oregon Health & Science University, Adventist Health and Kaiser Permanente, features a unique model with a psychiatric crisis emergency room that was supposed to be more humane and compassionate than hospital ERs. The facility also has inpatient services — the most mental health beds in the area.

Trent Green, Unity president, said he and his staff are now focused on rebuilding staff at Unity. One inpatient unit was closed to redistribute staff while the center tried to fix its issues. Green said he wants to reopen that unit by early 2019.

The center struggled to retain nurses and occasionally had to close certain parts of its operation temporarily when the staffing numbers dipped low.

State investigators also pointed to outnumbered and overworked staff as one reason there were so many safety problems at the center.

Green said Legacy has hired 14 nurses, four behavioral health specialists, a new pharmacy manager who will start soon at Unity. It plans to hire another 53 positions.

Those include 20 full-time nurses, 20 part-time nurses and seven on-call positions.

Unity officials reformed the center’s medication practices during the investigation. State agents had noted a patient was given the wrong medication and overdosed. Now, Unity nurses dispense medication with a system that requires both the medication and the patient to be scanned for a barcode first.

Green said since then, of all six Legacy facilities in the state that use this system, Unity uses it most often.

“We’ve learned a lot through this process and are absolutely better for it,” Green said.

Legacy Health started the website unityfacts.org to give information about the investigation and the center during the investigation. Green said it will continue to be updated for the time being in an effort to try to rebuild trust in the Portland community.