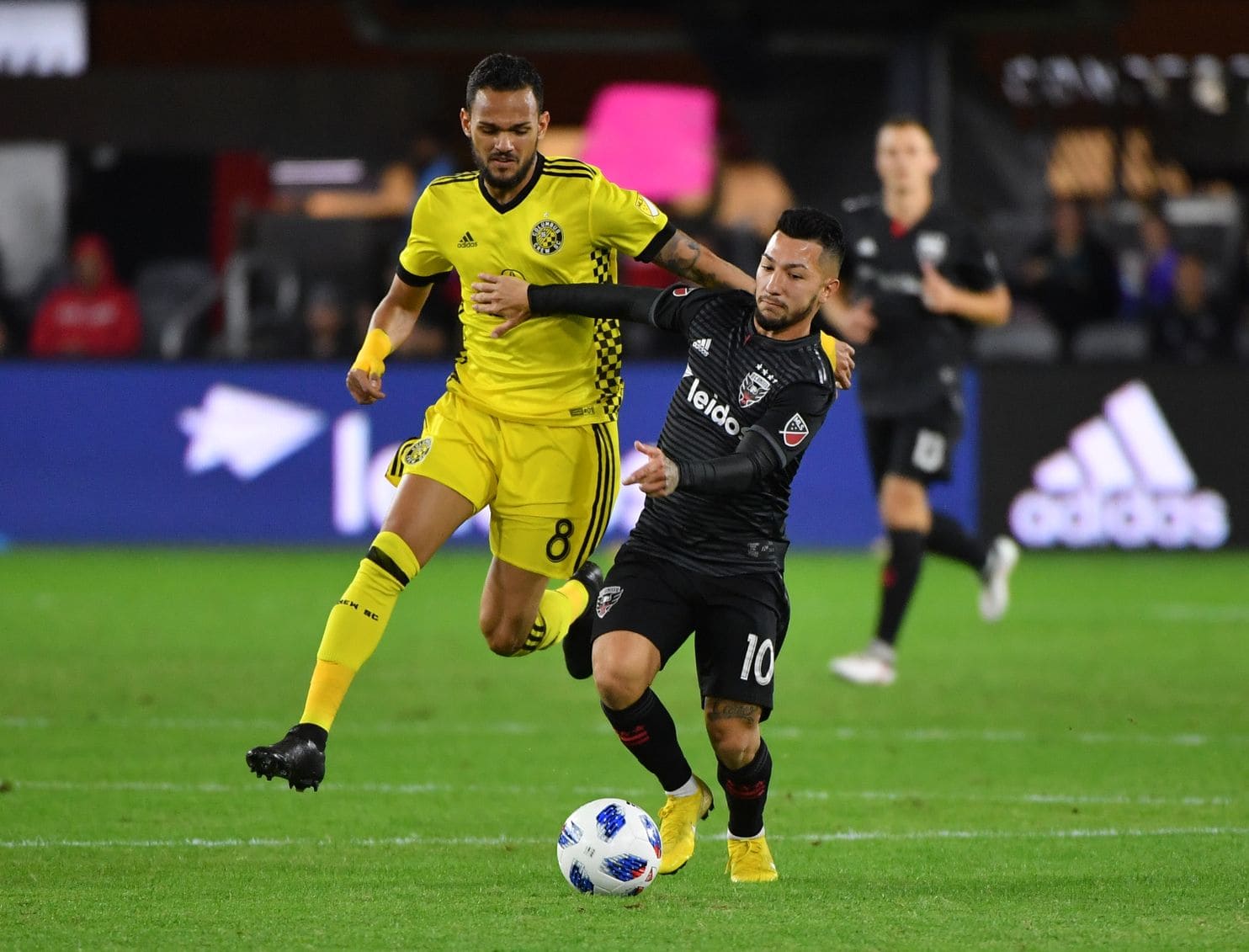 CLEARWATER BEACH, Fla. — Paris Saint-Germain, one of the wealthiest and most ambitious soccer clubs in the world, has made a lucrative offer for D.C. United playmaker Luciano Acosta, people familiar with the talks said Wednesday night.

The French giants are aiming to buy Acosta, 24, before the European winter transfer market closes Thursday evening. Though the exact figure has not been set, one person said it is in the $10 million range.

If that number proves to be true, United would have a hard time turning down what would become the largest sale, by far, in the MLS organization’s 23-year history and allow Acosta to test himself in one of the top European leagues.

Meanwhile, Manchester City and another Premier League club, whose identity was not disclosed, has entered the sweepstakes at the 11th hour, said those people, who requested anonymity because they were not permitted to discuss the matter.

Acosta left training camp here Wednesday evening to fly to Europe, in case he needs to take a physical before the transfer deadline.

United has already rejected a $7.5 million offer from Saudi club Al-Hilal, one person said. D.C. officials, including co-chairman Jason Levien, said they did not want to comment.

Toronto FC announced Wednesday that it had sold star forward Sebastian Giovinco to Al-Hilal, the latest in a number of transactions involving MLS standouts in recent months and another sign the league has gained greater respect in the international marketplace.

Acosta had a breakout season last year, finishing second in the league in assists with 17 and forming a lethal combination with English superstar Wayne Rooney. He finished seventh in MLS MVP voting after helping United surge down the stretch and rise from last place to a playoff berth.

If he were to leave, United would probably turn attention to using a portion of the transfer free toward acquiring another impact player. However, in part because Acosta would draw interest this offseason, United this winter acquired Argentine attacker Lucas Rodriguez, 21, on loan from Estudiantes.

The loss of Acosta might also clear the way for United to reacquire Argentine midfielder Yamil Asad, whose loan expired after last season.

PSG expressed interest in Acosta, a diminutive Argentine who joined United in 2016, several weeks ago, then followed up Wednesday. The Premier League clubs — perhaps influenced by Newcastle’s purchase of attacker Miguel Almiron from Atlanta on Wednesday for more than $20 million — also contacted D.C. about Acosta.

All of this activity comes as United has been locked in negotiations with Acosta’s agent, Matias Sabbag, over a long-term contract. Sabbag has been in Washington for more than a week to talk with D.C. officials and remain in close contact with his client.

Acosta’s current deal, which earns him $652,000 in guaranteed compensation, expires after the 2019 season. However, in club soccer, players are free to negotiate with other clubs if there are six months or fewer remaining on their contract. Without a new deal, United would be in danger of losing him without compensation — known in soccer parlance as a “free transfer” — after the upcoming campaign.

[PSG’s Neymar to miss 10 weeks, out for UCL games vs. Manchester United]

United was preparing an offer that would make him one of the top earners in the league — also known as a designated player — with a four-year guaranteed deal worth up to $10 million, if he met incentives.

It’s unclear how much PSG or a Premier League club would pay him, but those organizations have much deeper pockets than United, and the wages in the French and English leagues dwarf most MLS contracts.

United has braced itself for Acosta to depart at some point, but the general thought was that it would happen after another sterling season — and after D.C. signed him to a new contract.

PSG is loaded with attacking talent and could loan him elsewhere in Europe or perhaps even loan him back to United for the 2019 season. The French club, however, would retain his rights.

As much as United would hate to lose a player of Acosta’s influence, it would also understand the ways in which international soccer works: Wealthy clubs buy rising talent from smaller clubs, which profit from the sale and invest in new players and their organization as a whole.

United acquired Acosta on loan from Boca Juniors, then bought his contract after the 2016 season for an estimated $1.5 million.

PSG, owned by a state-backed Qatar Sports Investments, features some of the most famous players in the sport: Brazil’s Neymar, France’s Kylian Mbappe, Uruguay’s Edinson Cavani and Argentina’s Angel Di Maria. The defending Ligue 1 champions are undefeated this season (18-0-2) and, with Neymar sidelined for several weeks with a foot injury, preparing to face Manchester United in the UEFA Champions League’s round of 16.