Q&A with Richard Louv: How animals could help save us and the planet 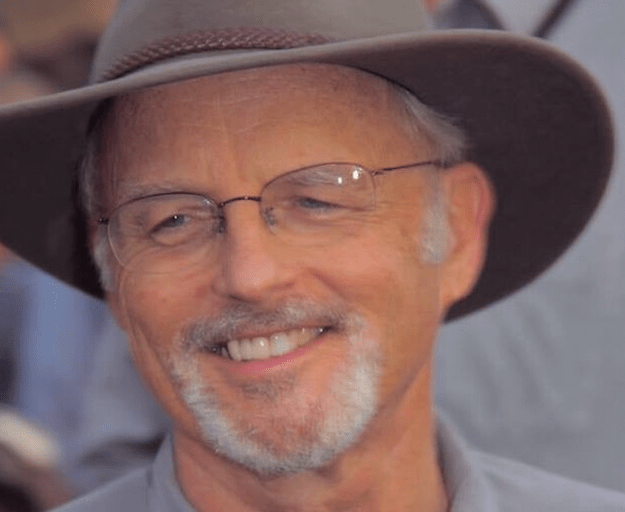 In 2005, journalist Richard Louv’s book “Last Child in the Woods: Saving Our Children From Nature-Deficit Disorder” launched an international movement aimed at connecting modern technology-distracted young people with nature. Today, Louv is a highly sought-after expert on the problem who speaks about it as far away as China.

Richard Louv’s latest book will be released on Nov. 5. Photo courtesy of Algonquin

In his new book, due out Nov. 5, Louv looks at one possible solution to nature deficit disorder: spending time with animals. “Our Wild Calling: How Connecting With Animals Can Transform Our Lives – and Save Theirs” documents the emerging science of animal communication and the rise in animal therapy. Louv interviewed teachers, animal trackers, psychologists and scientists about how animals, both domestic and wild, changed their lives and healed them physically, psychologically and spiritually.

“We can’t have an experience with other animals without that feeling of being more alive,” Louv said. “I had an encounter with two golden eagles once, and when that happened my sense of time disappeared, my sense of scale changed. When you have those encounters with wildlife, it’s absolutely impossible to feel lonely.”

We caught up with Louv one week before he was scheduled to stop in Maine on a book tour. This interview has been edited for length and clarity.

Q: In the 15 years since you wrote “Last Child in the Woods,” do you see examples of success reconnecting us to nature, beyond conferences that look at the issue?

A:  I do see progress. Nobody really knows, because nobody thought to ask the question 30 years ago. The studies today don’t have a baseline to compare what’s happened. On the other hand, a number of studies have been done. The academic world has come around. It’s almost a growth industry in terms of the studies coming to us (at the nonprofit Children and Nature Network, which Louv co-founded) – around 15 to 20 a month from somewhere in the world. So that is progress that is measurable.

We’ve also seen an increase in the number of nature-based preschools. Education Week did an article (in 2017) that shows they have increased from a few dozen to 250, although, we’re still not where we should be. The age of kids using screens has gone down. There are more and more infants that are handed phones to play with.

But there are grassroots efforts to start family nature clubs, where multiple families band together to help each other learn about nature. In San Diego there is one that is 2,000 to 3,000, that’s families not individuals. We’re seeing an increase in that kind of thing. Early on, very few environmental groups were focused on this. Now almost every environmental organization or land trust has a program to connect kids to nature. There have been things done at the state level. Washington state has a “No Child Left Inside” grant. At the federal level, the Obama administration’s “Every Kid in a Park” initiative that got fourth-graders into national parks for free was remarkable.

Q: In “Last Child in the Woods” you wrote that children of the “wired generation” weren’t spending time in nature. Since then, it seems like people of all ages have become more wired.

Richard Louv has written 10 books, including “Last Child in the Woods: Saving Our Children From Nature-Deficit Disorder,” which helped launch a worldwide movement to connect children with nature.  Photo by Heather Kuhlken

A: That’s true. But people will take a digital camera and come back from time outside with a picture of it, and that’s not a terrible thing. I am not anti-tech. But there is a mantra, particularly in my second book on “The Nature Principle,” that we need to remind ourselves of: The more high tech we become, the more we need nature. Those two things have to happen in tandem.

It applies to education, in particular. The irony is that many schools are cancelling recess and field trips. Recent studies, one in Massachusetts and one in Chicago, show the schools that green themselves with gardens or by bringing nature into the classroom – the kids in those schools do better on standardized tests. Another recent study compared rural kids to urban kids. What the study showed was rural kids knew the same about wild animals as urban kids. I think that underscores that access to nature is only one part of it – you have to value the experience.

It’s not only a problem in this country. I’ve spent time in China and Brazil, where there is a big effort going on to connect kids to nature. What’s also grown is the nature therapy movement, the idea that being in nature is good for our health. It’s an old idea, but it’s having a resurgence. In 2010 I was asked to speak at the American Academy of Pediatrics National Conference. I was stunned. There were several thousand doctors and nurse practitioners. They really responded well. And there are now a substantial number of doctors writing prescriptions for nature. There is a guy in Washington, D.C., Dr. Robert Zarr, who has become known for prescribing parks.

One reason I think this idea will continue to grow – and this is a theme in my new book – is because human loneliness is increasing in many areas of the world. Many medical professionals are beginning to say human loneliness and social isolation is about to become more of a killer than obesity because of the diseases attached to social isolation. One study I just find staggering – how generational loneliness in America used to be highest among old people, but now the younger generation is the loneliest. What does that say about our society?

Q: Could the solution presented in “Our Wild Calling” take off – the idea that connecting humans to animals can improve our well-being?

A: It has great power and potential. There is growing literature on domestic animals and companion animals, and animal-assisted therapy. In Toronto, the city manager told me there are more dogs than children in the city. There was a story in USA Today about a study that shows people live longer if they have a dog.

But the impact of wildlife – that’s a new frontier. There is not a lot of research on this. But there wasn’t a lot of research on children in nature 15 years ago. We need to look at this – the impact of a coyote walking through our backyard and making eye contact with it. What does it do? It elicits fear in some people, but also awe and mystery that the wild animal brings a sense of being part of a larger family. This has great potential to help with the epidemic of loneliness, and I make the case in the book that the loneliness today is species loneliness. We are desperate to not feel alone in the universe.

Q: I hear from outdoor guides across Maine all the time that people today want quick trips into nature. What makes you think they have time to stop and observe a wild animal?

A:  I think if a bobcat walked across someone’s backyard, they would stop what they were doing and make time. One of the ironies is, even as we grow more and more separate from nature, wild animals are moving into urban areas and we are moving into their neighborhoods. Some animals could be a threat to our health. But along with those dangers is this opportunity to see a bobcat walk through your backyard, to look at another creature and feel that sense of awe and wonder. When this happens, it can be transformative. The new book is filled with such stories. I interviewed people about their relationship to their companion animals but also their brief encounters with wild animals. It can be a few seconds, it can be years since it happened, but something shifts – people are profoundly moved. That is something we are starved for.

A: It means not only the birds are in trouble. This isn’t just about our well-being, it’s also about other animals – their health and survival. We need a major reset about the way we perceive the larger family of animals around us. For all of our existence on Earth as a species, we have been conducting a war against other animals. It’s time to make peace.

I suggest neighborhoods creating a neighborhood watch, but it would be an animal watch group. They would watch animals and watch out for them. They also would build more habitat for animals near houses and in their backyard. They’d plant native plant species that feed birds. A neighborhood can create a home-grown national park.

Please check your email to confirm and complete your registration.

Use the form below to reset your password. When you’ve submitted your account email, we will send an email with a reset code.

Hunting: The logic behind duck names is, well, anything but logical

It’s Worth the Trip: Make West Quoddy your Down East destination