Remembering the entertainment and arts figures we lost in 2018 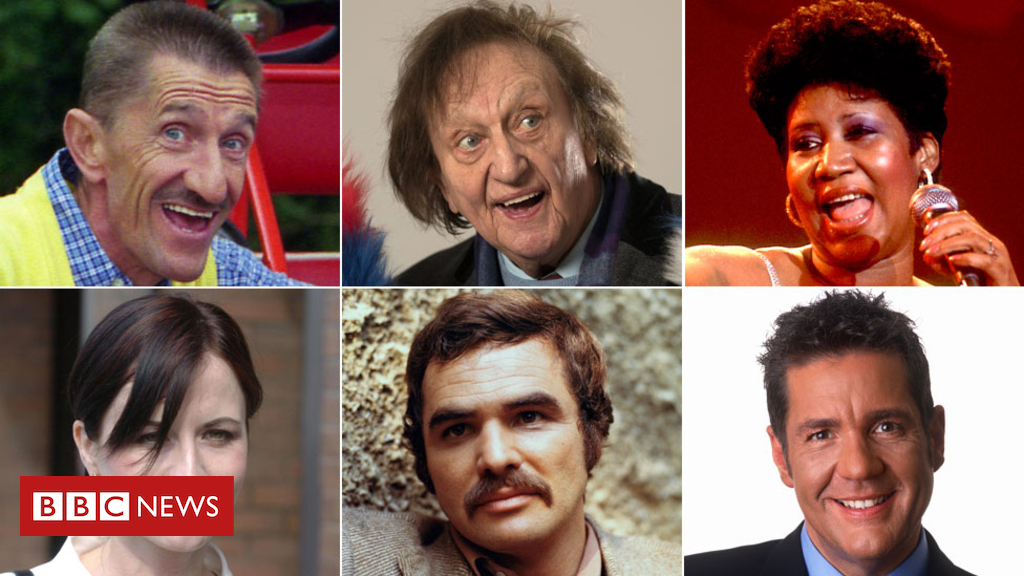 As the year draws to a close, it is time to remember the figures from the worlds of arts and entertainment figures who died in 2018. Here is a look back at some of those we said farewell to.

Two faces from the small screen – House of Cards actor Reg E Cathey and Frasier’s John Mahoney – left us in February, as did Lewis Gilbert, the director of Alfie, Educating Rita and three James Bond films.

Superman actress Margot Kidder left us the same month we said goodbye to two American literary greats. Philip Roth was the author of Portnoy’s Complaint, American Pastoral and many other novels, while Tom Wolfe gave us The Right Stuff, The Bonfire of the Vanities and The Electric Kool-Aid Acid Test.

Celebrity chef Anthony Bourdain, EastEnders actor Leslie Grantham and fashion designer Kate Spade were among the famous people who left us in June.

Fans also paid tribute to US rapper XXXTentacion – real name Jahseh Onfroy – after he was shot and killed in Florida at the age of 20.

There was also radio silence for Adrian Cronauer, the US DJ who inspired Robin Williams’ character in Good Morning, Vietnam.

Laughter turned to tears in August with the death of Barry Chuckle, one half of the comedy duo the Chuckle Brothers. The same month also saw the deaths of novelist VS Naipaul and “queen of soul” Aretha Franklin.

In the month we lost a queen, we also said farewell to a pair of Kings – Lynyrd Skynyrd guitarist Ed King and jazz singer Morgana King.

Another much-loved duo lost a member in September when Chas Hodges – one half of Chas and Dave – died at 74. The same month also saw the deaths of BBC radio presenter Rachael Bland and ’70s movie heartthrob Burt Reynolds.

The end of the year brought the sad news that actress and director Penny Marshall, Buzzcocks lead singer Pete Shelley and jazz star Nancy Wilson had left us.