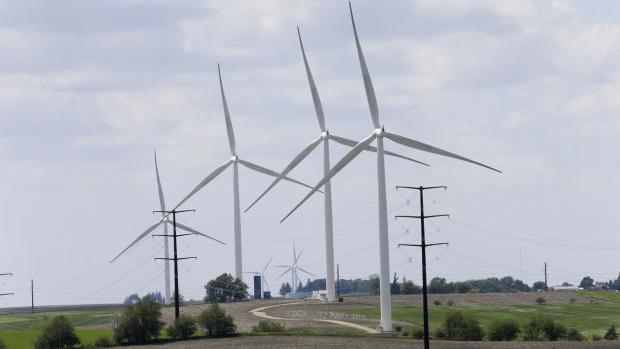 The sound of rotating wind turbine blades does not have a negative effect on a person’s health, a new report by the Iowa Policy Project states.

While turbines can be linked to a level of annoyance by nearby property owners, there is no connection between whirring blades and headaches, stress or a lack of sleep, according to the report.

“There’s no evidence of hearing loss associated with wind, really no evidence of stress or other health outcomes, limited evidence for sleep disturbance, but really where there is sufficient evidence, according to these authoritative sources we’ve studied, is feelings of annoyance,” said Peter Thorne, head of the Department of Occupational and Environmental Health at the University of Iowa.

“The feelings of annoyance are not likely due to the sound … but they’re due to peoples’ perceptions about wind energy or viewsheds, not directly related to the wind turbine noise itself,” Thorne added.

The report, which pulls research by the Council of Canadian Academies and the Massachusetts Institute of Technology, notes the research of a “nocebo effect” to wind turbines.

The studies essentially found individuals who watched provocative videos about the dangers of wind turbines saw new or worsened symptoms.

“You can change people’s minds simply by showing them that they’re going to be affected, when in fact there is nothing going on to affect them,” said David Osterberg, Iowa Policy Project founder.

Osterberg said that makes it less likely that additional setbacks — boundaries required between development and other properties or occupied structures for safety purposes — will mitigate all neighbors’ concerns.

Iowa’s wind industry represents more than a third of the state’s energy generation — more than 7,300 megawatts.

Nearly 2,600 megawatts are under construction and another roughly 1,800 megawatts are in the stage of advanced development, according to Iowa Environmental Council officials.

By the end of 2017, close to half the state’s 99 counties were home to utility-scale wind turbines or have such projects in active development.

The Iowa Environmental Council reports that about half of Iowa’s counties also have adopted some type of wind turbine ordinance.

Oftentimes, when a new wind project is proposed, common concerns among nearby residents can include the sound emitted from the rotating blades or light flicker caused when the blades rotate past the path of the sun.

“We think that having a public process for setting up the rules around wind turbine siting could be something that could help mitigate symptoms that people are considering,” she said.