Review: Ladies in Black a delightful and funny Aussie story 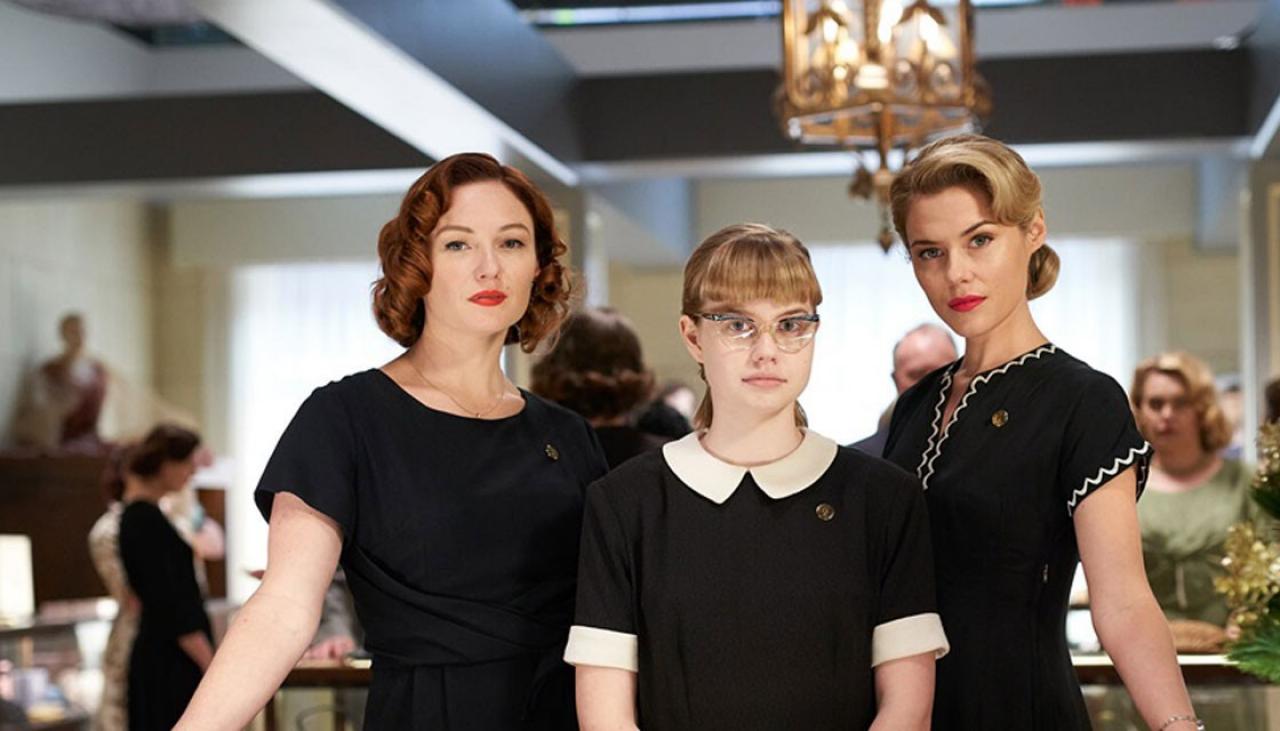 I have to be honest, when I watched the trailer for this film I thought this sweet-looking girlie little story would not be for me. As it turns out, this is one very rare occasion where I quite like being wrong.

It’s 1959, and the frantic pre-Christmas rush is about to begin at Sydney’s most prestigious department store. Poor young Lisa is thrust into the festive fray as a temporary assistant in women’s wear.

It’s true to say Lisa is more suited to her study than to fashion, but she’s about to get a crash course in pretty much everything a young women needs to know – none of which she will find in her books.

The women who take her under their wing are a fabulously finessed gaggle of Aussie sheilas, each with their own story.

Queen of the frock femmes is Magda, played by Julie Ormond – a chic and sophisticated immigrant from Europe who will have the most impact.

The surprising delight here is how much this story has to say about feminism, about racism, about classism, and how it does that with a gentle and incredibly funny restraint, which at times had me almost rolling the aisles.

The humour at the expense of poor, floundering Aussie blokes struggling with the sexual and cultural revolution is ridiculously entertaining, and feels as modern and relevant now as it ever was then. It is carried by excellent performances, particularly by Ormond and rising star Angourie Rice.