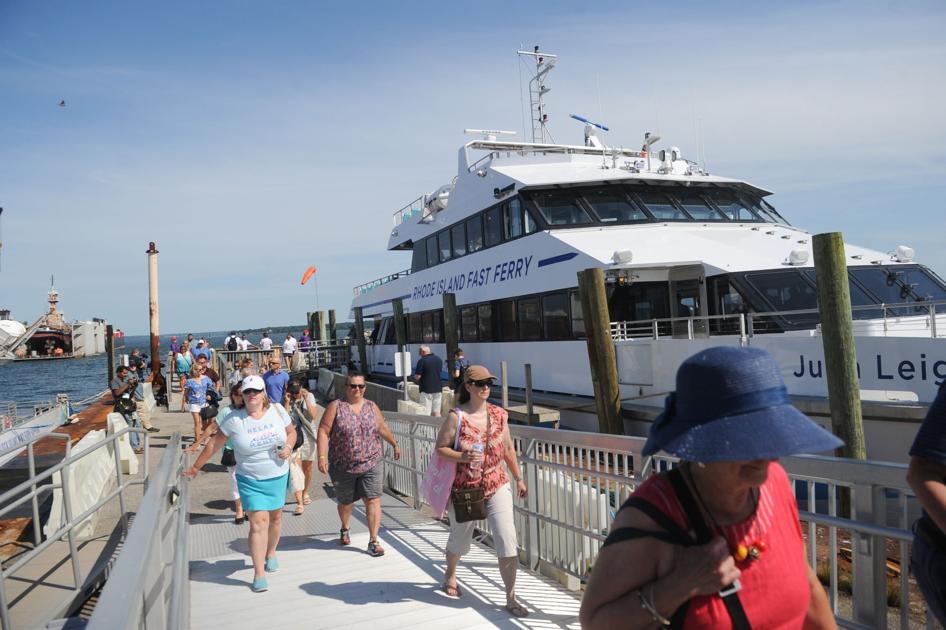 NORTH KINGSTOWN, R.I. — Rhode Island Fast Ferry, Inc. sent its new vessel, Julia Leigh, for a maiden cruise this week through the waters from North Kingstown to Block Island, and amid a fight in rough legal waters over allowing that service to the island.

A company-sponsored publicity cruise showed off both the $8-million boat, and the firm’s resolve as it pushes back against efforts by the Town of New Shoreham and ferry service competitor, Interstate Navigation, to throttle the engines to a standstill for Fast Ferry’s Block Island service.

Charles Donadio, the company’s president, who was on hand to greet friends, family and other invited guests for the hour-trip on a sunny day this week, said he’s confident that the service will open as planned next year.

“We are going to build a dock there in Old Harbor and we plan to start service there in May of 2020,” Donadio said.

New Shoreham Town Manager Ed Roberge and other town officials oppose the service, they say, because it will bring more passengers to the island, create public safety concerns. They have also questioned whether there’s enough landing space in Old Harbor.

Both the Town of New Shoreham and Interstate have filed briefs in the Rhode Island State Supreme Court to stop the ferry service.

Donadio, in an interview after arriving in Block Island for that maiden voyage, said “This is real. We have a ferry. You can touch it, you can ride on it. It’s real. People will see that we can bring others who can benefit the island.”

In the coming weeks, he said, he plans to file with the state Coastal Resources Management Agency an application to expand the marina at Ballard’s Wharf in Old Harbor on Block Island to include a new dock for the ferry. He said he already has a lease for the dock space.

The sleek and shiny new ferry has three decks with ample seating for 320 passengers and could provide them with an alternative to driving to Point Judith or Newport.

“We want to get customers off the highway and make it a shorter trip by car to get a ferry there. This will save you hours of time and also money when you have to drive to Galilee and find parking there where it is very tight,” he said.

The ferry service in Galilee is operated by his competitor, Interstate Navigation. In comparing the two services, he said that his high-speed boat is more business class and provides more amenities than the high-speed ferry in Point Judith.

“We have more space for leg room, more comfortable seating. It’s like going on first class on an airline rather than riding in coach,” he said.

The Julia Leigh has three decks offering both closed and open-air seating. Vessel Captains Peter Staples of Narragansett and Tony Bessenger of Jamestown showed in the pilot’s quarters state-of-the-art navigation that appears on large console screens in front of tall high-back seats where the captain sits to steer and control the boat.

“We think our prices will not only be competitive, but will also save people both time and money because of the conveniences our location will offer and the atmosphere on our ferry,” said Donadio.

He also sees the increased number of people coming to his Quonset site as a boon for North Kingstown.

“It’s a positive on everything, gas, stores, restaurants, everyone will benefit when more people come to the area,” he said.