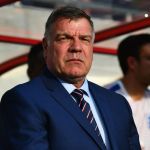 Sam Allardyce says he would have been criticised for taking a defensive approach against Croatia in the World Cup semi-finals if he were England manager.

The 63-year-old lasted just 67 days as England boss and departed in September 2016 with just one match on his record, a World Cup qualifying win in Slovakia.

His successor Gareth Southgate surpassed all expectations by guiding England to the last four at the World Cup in Russia, but Allardyce claims he would have made tactical changes against Croatia in Moscow in a bid to handle the growing influence of Luka Modric.

Speaking on Goals On Sunday, he said: “It’s just a shame they didn’t get to the final. They were 1-0 up with 20 minutes to go against Croatia and it didn’t quite work out.

“You know me, I’d have got criticised for blocking it up and seeing the game out, because you’re not supposed to do that now. France won the World Cup because they did that against Belgium [in the semi-finals].

“They saw what Belgium did against Brazil and even though (Didier) Deschamps was getting criticism from the French press for his style of play, they won it, which is what it’s all about. Defensively they were so solid, and that’s the basis for any success.”

England return to action next month in the UEFA Nations League on September 8, live on Sky Sports, and Allardyce believes that their surprising success at the World Cup will alter how international football is perceived by supporters.

He added: “It will bring the pressure back on expectation because of the achievement. It was one of the youngest squads at the World Cup, so the experience will bode well but so many changes will happen between now and the European Championships.

“It’s certainly changed from the one squad that I had and so many players have emerged, but will those players still be there?”