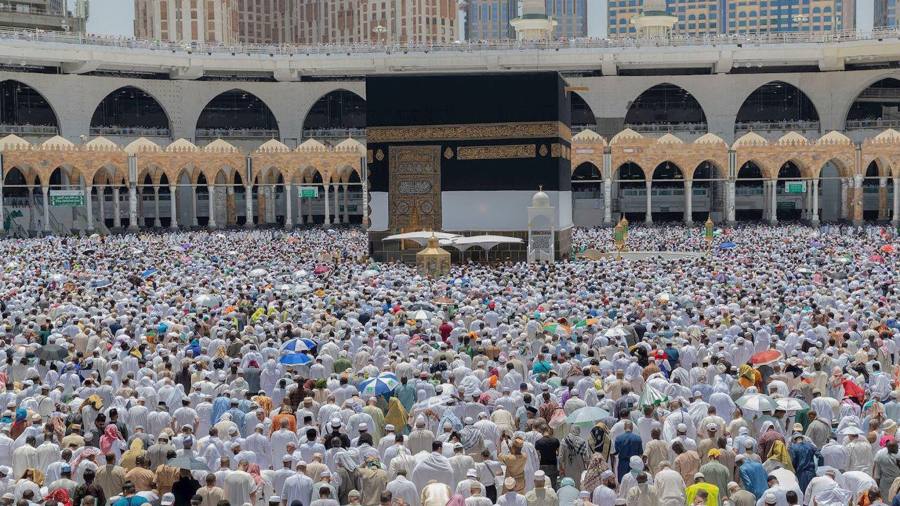 With more than 1.6 million Muslims arriving in Saudi Arabia in the coming days for the annual hajj pilgrimage to Mecca, thousands of programmers and developers have been hard at work to come up with ideas that could transform the face of this ancient religious ritual.

At a so-called ‘hajj hackathon’ organised this month in Jeddah, inventors competed for prize money worth $420,000, as part of a new push by the kingdom’s authorities for a wider use of technology to make the pilgrimage experience safer and more enjoyable for the millions who perform it every year.

While hajj organisers have for years used technologies for many purposes such as large-scale simulation to predict the movement and flow of crowds, this has not prevented deadly accidents like the stampede that left hundreds of pilgrims dead in 2015. Officials hope that opening the door for ideas from outside the government could provide innovative solutions to complex old problems.

“Most apps or existing technologies used now in hajj are usually developed by government entities who build these technologies and platforms,” said Reda Banjar, head of technology events at a nascent government entity called the Saudi Federation for Cybersecurity, Programming and Drones (SAFCSP), which organised the hackathon. “What’s new is getting people and the community involved, not just Saudis but all nationalities who want to serve hajj. They get a chance to offer apps and solutions that improve the experience and add value,” he added.

With a record number of developers and programmers from Muslim nations such as Egypt, Algeria, Morocco and Oman, as well as the UK and Japan, the three-day hackathon highlighted the social changes seen in Saudi Arabia over the last two years as Crown Prince Mohammed bin Salman continues to open up the country.

The top prize went to an all-female team who designed an app that provides real-time translation of text and signage without connecting to the internet. “We managed to destroy the impossible and prove that Saudi women can achieve anything,” said developer Bayan al-Ghamdi. There was no gender segregation at the event, and the usual strict dress code for women —wearing a long flowing cloak in public— was noticeably relaxed. About one third of participants were women, Mr Banjar said, a much higher rate than what is typical in such events abroad in a sector traditionally dominated by men.

One female participant entered the venue wearing a pair of blue jeans, a white shirt with the sleeves rolled up to her shoulders and a Red Sox baseball hat. Security guards ushered her in without batting an eye.

Rami Taibah, a Saudi developer, said the organisation of the event in Jeddah was on a par with a hackathon he attended in Palo Alto, hosted by online payment giant PayPal. “I was worried about issues like internet connectivity due to big crowds, because if that fails it completely kills you,” he said. “But there are no issues. We have a very fast connection.”

Mr Taibah and his team developed an application that would use facial recognition technology to retrieve medical information of pilgrims who are either unconscious or have a language barrier. “Medical staff can then intervene in a confident way and not fear doing something that could make the situation worse,” he said.

While organising a peaceful hajj season with no major incidents remain the paramount goal, the government hopes ultimately to increase the inflow of visitors to support the kingdom’s economic reform plans. It hopes to increase the number of Muslims coming for umrah, known as the lesser pilgrimage and which can be performed around the year, from 6.8 million visitors to 15 million visitors by 2020.

Many people worry the increased use of technology could take away from the spirituality of a religious duty. “Hajj is not immune to all the ills that technology has wrought on society as a whole,” said Shahed Amanullah, co-founder of Affinis Labs and former senior adviser for technology at the US Departm