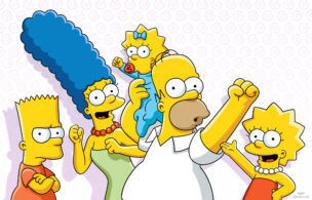 once again, San Diego Comic Con This is a virtual event in July of this year. (A face-to-face event is scheduled from November 26th to 28th.)

Fans can stream panels such as their favorite shows and movies for three days (rather than the usual four days). Casts and creatives share behind-the-scenes details and upcoming appointments for free.The panel will be available at Comic-Con YouTube Channel..

See below for a list of panels and events announced so far on July 23-25, and keep checking as they are added and updated as the date and time are set. (Always PT) 16:00 Family guy (Fox): Virtual trivia with cast Seth MacFarlane, Alex Borstein, Mila Kunis, Seth Green, Arif The Hill, and executive producers of FOX’s hit anime comedy Rich Appel and Alec Sulkin. Celebrate the 20 seasons of the series with Night! Watch the cast and produce compete with each other and see who knows best about this iconic series! After that, we will take a special peek at the cheerfulness and high jinx that will appear in the 20th season, which will be premiered this fall on FOX!

5:00 pm American Dad! (TBS): How your favorite is American Dad! Will an episode be made? Join us as Matt Weitzman talks about creating the next episode of the season on TBS. A table featuring the stars of Rachael MacFarren, Wendy Schaal, Scott Grimes, and Dee Bradley Baker will be read, followed by some of the early color episodes of the anime! 3:00 pm Bob’s Burgers (Fox): The cast and producer of the Emmy Award-winning animated FOX series is back with another breaking news about the upcoming season. It displays a video you’ve never seen before and answers questions from a few lucky fans who participate. Zoom to ask panelists their burning questions directly. Join creator and executive producer Loren Bouchard, executive producer Nora Smith, and hilarious casts such as H. John Benjamin, John Roberts, Kristen Schaal, Eugene Merman, Danminz, and Larry Murphy to create a panel you can’t miss.